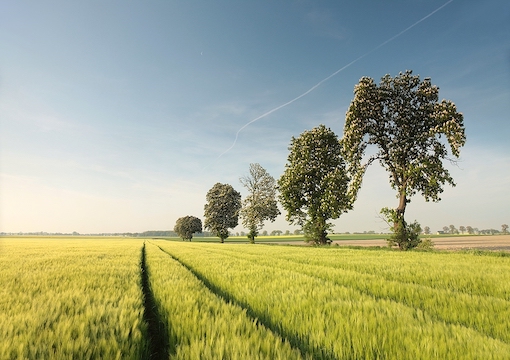 This year, as last, bees—tens of thousands of them—made their home between a window in my house in France and the shutters. We called a local bee-man and he came to try to capture the bees in an artificial hive. This is not a straightforward operation and success is not guaranteed, because it is necessary to capture the queen, which is not always possible. Without the queen, the bees are lost. They fly off in a swarm, buzzing angrily (I anthropomorphize, I admit) as they search for their lost leader and somewhere new to settle.

As they did so in this case, I could not help but think of the analogy with our present situation. We have a huge fund of very angry people buzzing about in mobs looking for somewhere on which their anger can settle. It seems an epoch ago that it landed on #MeToo and turned all men into Harvey Weinstein. Then, under the direction of little Greta, who somehow managed to combine an autistic manner with hysteria, opposing tendencies reconciled no doubt by the ineffable self-pity of the privileged, global warming provided a temporary resting place. However, with the killing of George Floyd, climate change seems as passé as Mussolini’s spats. (“Too many spats, too many spats!” someone once said of him.) But if no new thing is found after all the statues have been pulled down, the books burned, and the films withdrawn from circulation, climate change could return faute de mieux. On the other hand, free-floating anger is highly inventive as to the reasons for its existence: It can attach itself to almost anything, as flies can walk upside down on ceilings. Being no prophet myself, I have no idea what will be the next object of angry righteousness by people brought up to believe in moral relativism.

What lies behind all this anger? Even though I am a journalist, I am not sure that I have the answer. I think it is true that life is much more difficult for young people now than it was when I was a young person. On the one hand they seem to have (and expect) limitless choice and on the other they are facing severe limitations on job opportunities, and this was so even before the mass unemployment in the wake of the COVID-19 epidemic.

Back in the 1980s, I took an interest in Latin American guerrilla movements, especially in Central America. The general consensus among those who took an interest in such matters was that they were caused by the intolerable conditions of the poor, oppressed peasantry who rose up spontaneously against them. This was complete nonsense, of course. This is not to say that the peasantry was not poor and oppressed, but poor and oppressed peasants are rarely capable of more than a jacquerie, a kind of rural riot that exhausts itself and results in the oppressors coming back stronger than ever.

No; I came to the conclusion that the cause of the revolutionary guerrilla movements was the expansion of tertiary education in countries where it had not long before been the province only of the elite, largely, though never entirely, hereditary. (For the poor, gifted, and ambitious, the army was the route to social ascension.)

Tertiary education, however, was expanded with comparative suddenness. Before it was expanded, those who had it, being few, were more or less guaranteed important roles in the economy and government. They had already drawn a winning ticket in the lottery of life. Not surprisingly, a false syllogism insinuated itself into the minds of the newly educated: If the rich were educated and important, then being educated would make you rich and important. Again not surprisingly, this turned out not to be the case. If you turn out thousands of lawyers, for example, the remuneration of their work, if they find any, will be reduced and they will be disappointed in their hopes and expectations. They become angry, bitter, and disaffected, believing themselves not to be valued at their inestimable worth. They and their ilk became the middle ranks of the guerrillas (the very uppermost reaches being filled mainly by the narcissistic, spoiled sprigs of the upper classes). Only revolution would acquire for them the positions of influence and importance to which they felt that their education entitled them, and which such education had always entitled people to in the past.

Is it possible that Latin America was not so much in the rear as in the forefront of this modern social development (the case of Sendero Luminoso, the Shining Path of Peru, was a pure culture of this phenomenon)? Is it not possible that we in our societies have duped tens of millions of young people into believing that the prolongation of their formal education would lead them inexorably into the sunny uplands of power, importance, wealth, and influence, when in fact many a PhD finds himself obliged to do work that he could have done when he was 16? No one likes to think that he has been duped, however (it takes two for fraud to be committed, after all), so he looks around for some other cause of his bitter disappointment. It isn’t ignoramuses who are pulling down the statues, but ignoramuses who think that they have been educated.

In many cases, their education is neither of vocational nor of cultural value, but it has nevertheless been expensive. Its main function, as far as the political class is concerned, is to keep the rate of youth unemployment down, just as whole classes of illness have been invented to pretend that people are incapacitated by illness rather than unemployed. It is a commonplace that people who finished school aged 14, 15, or 16 seventy years ago had better basic educations than have many postgraduates now.

The currency of education has been devalued, not only economically but spiritually, in the broad sense of that term. The young, perhaps, are right to be angry, but like so much anger, no doubt the majority indeed, theirs is misplaced. The young have been sold a mess of pottage and if they have cooperated in the sale it is only as dupe or junior partner.

I end on a cheerful note, however. The honey from our bees is the best I have ever tasted, which the bee-man said was because it derived from the flowers of chestnut trees, giving it a nutty flavor. When you taste it, you think that all is right with the world.