Being Who You Really Are Shouldn’t Be This Difficult 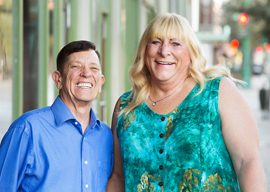 Of all the things I write and amid the vast expanse of radioactive topics I cover without flinching, only one issue has caused two different people from my past to contact me out of the blue and chide me for my ignorance, and that is my refusal to accept that “transgender people” are what they claim to be.

I could insult blacks and women and homos and Mexicans and Christians and Muslims and even people from that other religion, but for some reason it is my opinion on trannies that induced such outrage in long-lost acquaintances of mine that they felt compelled to hunt me down and scold me about it.

What’s astonishing is how quickly the public opinion has turned on this issue. And when I say “has turned,” what I mean is “has been manipulated and shamed by the powers that be and the brute force of social pressure into accepting a belief that is fraudulent at its core.” Twenty years ago, what quotient of the population believed that what are now known and openly venerated as “transgender people” were anything beyond silly and often tragic “crossdressers”? I’d reckon it was around one percent or lower. These days, you can have your personal and professional life destroyed for refusing to say that the Emperor’s New Body looks fierce and fab.

“What’s suspicious about our transgendered allies is how much effort it takes them to be who they really are.”

Last Saturday, like every March 31 since 2009, was International Transgender Day of Visibility, which implies they aren’t already visible enough—the event’s very name hints that trannies aren’t visible to a degree that is way out of proportion to their puny numbers.

I’m not sure how you celebrated the day, but sometime on Saturday it occurred to me that the only thing visible about “transgender people” is that they aren’t what they claim to be. I mean, that’s right in front of my face, clear as a bell and plain as day. No matter how many flesh-slicing, bone-sawing surgeries they undergo in their quest to become the gender they weren’t “assigned” at birth, and no matter how skillful their plastic surgeons were or how beautiful their manufactured plastic boobs may be, the minute they open their mouths, it’s almost impossible not to think, “Oh, wow, that’s a dude. Weird.”

I’ve dedicated a great deal of time during my adult years—time that could have been spent rock-climbing, fly-fishing, hot-rodding, or collecting vintage ceramic Elvis commemorative dinner plates—tackling leftist mantras that are so inherently nonsensical, I am compelled to scream, “That’s not how it REALLY is!”

Among these mantras are such logic-demolishing Zen koans as:

• Rape has nothing to do with sex, despite all the genitals that define the act.

• Race doesn’t exist, despite the fact that racism—which, one would think, would require race as a necessary springboard—pervades every molecule in the Western atmosphere.

• Hate speech is a different thing than free speech, and if you even try to challenge this dunderheaded assertion, we’ll accuse you of committing hate speech.

And now to this shameful canon I must add:

Transgender activists repeat this “who they really are” thing so alarmingly often, one might begin to suspect that the listener isn’t the only one they’re trying to convince:

I find it COMPLETELY BIZARRE that a transwoman, having gone through the struggle of finding acceptance for who they really are, would then look down her nose at another transwoman who is just trying to be herself…