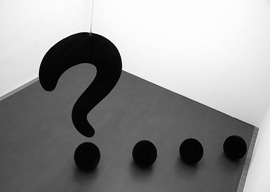 From June 9-12, while the American media was focusing its cruel klieg lights on, oh, Betty White switching her brand of adult diapers or something, over a hundred of the world’s most powerful financiers and policymakers convened in Switzerland to nearly inaudible fanfare.

One would think wrong.

It would seem to be a major news story when corporate titans from Microsoft, Coca-Cola, Alcoa, Nestlé, Fiat, Airbus, Siemens, Shell, and Pfizer joined all of the above behind closed doors, wouldn’t it?

Only to a paranoid mind.

And only a lunatic would suggest that bringing together avowed globalists such as David Rockefeller and Henry Kissinger alongside such globalist and quasi-globalist organizations as the Council on Foreign Relations, the European Commission, the European Council, the Center for Global Economy and Geopolitics, and the United Nations World Food Programme would have anything to do with attempts to shape a global agenda.

“This is merely a bunch of old, washed-up farts sipping tea, playing miniature golf, and giving each other prostate massages.”

So please, for the sake of your sanity, sweep away all such suspicions from your mind.

Since 1954, the Bilderberg group—named after the Hotel de Bilderberg in the Netherlands, home of their first meeting—have secretly convened yearly in Europe and America to ear-splitting silence and a blinding absence of media coverage.

But don’t ask why. There’s no reason. No reason at all. Nothing to see here, folks. Keep moving along. This is merely a bunch of old, washed-up farts sipping tea, playing miniature golf, and giving each other prostate massages.

If you suspect they are doing anything more than that, you are a “conspiracy theorist”—a meaningless ad-hominem attack used to shame and silence anyone who’d dare suggest that the world’s elites would ever so much as lift a pinkie to maintain, consolidate, and even enhance their power.

The Washington Post used the “conspiracy theorist” smear regarding anyone who’d dare assail the inviolably secret sanctity of this year’s Bilderberg convocation. But it neglected to mention that its owner, Donald Graham, attended last year’s Bilderberg meeting as an invited guest.

The BBC dismissively alluded to “wacky cabals,” reptilian shape-shifters, James Bond, Freemasonry, “extreme fear,” and, of course, anti-Semitism. Any skepticism about the Bilderbergs and their motivations was linked, locked, and forever welded to The Protocols of the Learned Elders of Zion.

That’s a strange accusation, seeing as how prominent Bilderbergers have undeniably Nazi roots. Former Nazi Party member Prince Bernhard of the Netherlands was one of the Bilderberg group’s founders, and David Rockefeller’s Chase Manhattan Bank was financially enmeshed with the Nazis.

But the Protocols analogy is instructive because, like it or not, it irrefutably proves the existence of political conspiracies. Allegedly a Jewish plot for world domination, the document has been widely denounced as a fraud perpetrated by Russian Tsarists. But if that’s the case, weren’t those Tsarist apologists CONSPIRING to deceive the public? Either way, a political conspiracy was involved.

And don’t dare consider that the CIA helped orchestrate and fund the Bilderbergers’ creation, because we all know the CIA bleeds tens of billions of our tax dollars yearly under strict instructions to never lie to us.

No. Scrape every last fleck of such suspicions from your mind with a rusty wire brush.