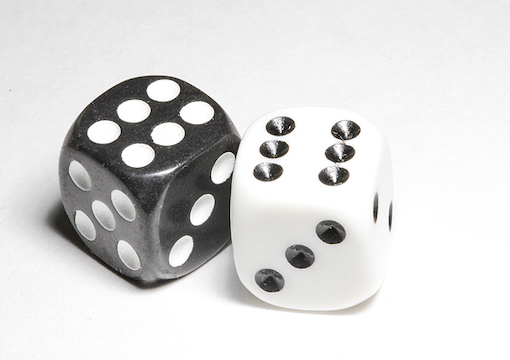 Christmas and New Year’s have now come and gone, and doubtless, like most families, you spent much of your time over the holidays fighting with one another over age-old, tried-and-tested board games like Snakes & Ladders, Ludo, or Risk. But things could have been far worse. Had you been unlucky enough to receive one of the new wave of woke, “racially aware,” identity-politics-based board games that are increasingly appearing on the market, then far from a simple inter-sibling quarrel over whether or not your big sister really threw a six, a full-blown race war might well have broken out within the comfort of your own living room.

One typical example, a Monopoly clone called Reality Check: The Game of Privilege, seeks to spark “heart-to-heart conversations” between sickeningly cis, hetero white males and sainted minority groups of any and all persuasions, up to and including, to judge by illustrative photos on the game’s website, Asian transsexuals cosplaying as Cesar Romero’s version of the Joker from the 1960s TV series Batman. Billed as “A boardgame about privilege & systemic oppression,” players traverse a board trying to “complete your Life Achievement” goals whilst collecting “woke tokens” and “fight[ing] the power with Righteous Action cards that change the rules and awaken special characters.” Fans can even purchase a “Microaggression Booster Pack” to add to their base set of Community Chest-type cards saying things like “Your Governor has banned Planned Parenthood in your State. All Cis Women, Trans Men and Non-Binary players must pay $25K to cross State lines to receive the care they need.” I didn’t even know I was pregnant.

Monopoly Upon Victimhood
The most prominent such product, Blacks & Whites, may as well be called BLM: The Board Game—or perhaps even Apartheid: The Boardgame instead. Released anew in 2021, the original version was designed by left-wing California psychology professor Robert Sommer and released in 1970 under the auspices of newsstand magazine Psychology Today with the aim of illustrating how terribly unfair existence was to all black people across the racist USA.

Based again upon Monopoly, the “educational” title was intended to be played either by actual black and white contestants, or else people of the same race role-playing as being from different ones, like Rachel Dolezal. Yet Sommer himself hated the actual, standard Parker Brothers/Hasbro version of Monopoly, thinking its rules “immoral,” as the very concept of landlords growing rich via property purchases ran the risk of indoctrinating players into becoming heartless top-hatted monopolistic plutocrats like Rich Uncle Pennybags on the game’s box. Watching his kids being educated into capitalism through play enraged Sommer, the only possible solution being to reeducate them into socialism through play instead. Sommer approached Parker Brothers offering them his ideological remake, but they turned him down as “A game should be an escape, not a confrontation.” Sadly, Sommers himself disagreed.

Like in Monopoly, in Blacks & Whites players aimed to seize control of the board’s local housing market. Unlike in Monopoly, players started out with different sums in the bank according to their skin color, reflecting the supposedly iron law that white folk were always automatically born with more innate financial privilege than black ones, even those lucky white babies who were conceived in dumpsters. Therefore, blacks began with $10,000 in dud notes, whilst whites started with $1,000,000 in their accounts, just like they all do in real life.

Each time a player made a successful circuit of the board, they received a racially fixed sum from the bank, reflecting alleged average wage differentials—$10,000 for one, $50,000 for the other. The point of such unfair rules was to make it literally impossible for black players to win, much as Sommer thought it was equally impossible for blacks to win at the real, off-board game of life in systemically racist America.

Yet under such blatantly biased rules, the game was considered far too frustrating by most actual black players, leading Psychology Today’s editor, David Popoff, to engage in a radical redesign—as in, he asked some literal militant black radicals to redesign it for him. Approaching the San Diego chapter of US (United Slaves), a hippie-era rival to the Black Panthers known for their violent tendencies, Popoff found them only too happy to help. Their obliging suggestion was to reverse the rules of the game so that, from now on, it would be the black players who just couldn’t lose, not the white ones.

In a cynical perversion of what America’s future welfare state should henceforth become, from now on whenever a black player went bankrupt, this would no longer mean “game over.” Instead, he would simply collect a handy free $5,000 in no-strings-attached social security benefits from every financially solvent and economically productive white player. Caucasians who lost all their cash just had to suck it up and exit the field of financial play forever.

And, if all else failed, the Slaves-friendly manual made crystal clear such dusky dice-throwers should not “get hung up reading the rules. You’ll soon be changing them anyway.” In other words, black contestants literally now longer had to obey the same regulations everyone else did. Somewhere amongst the 1970 title’s original purchasers the eventual founders of Black Lives Matter must have been lurking, as in this little parable we see such fundamentally lawless black radical groups’ future modus operandi at work in microcosmic form.

Marked Cards
The revised version of Blacks & Whites being sold today was created by brothers Nehemiah Markos and Jed Feiman, of the New York-based comedy duo Never Sad. Unusually for biological brothers, Nehemiah is black, whilst Jed is whiter than an albino milk-bottle, making them the ideal sibling pair-up to engage in acts of board-game-based race war come family Christmastime. Accordingly, when George Floyd died after unsuccessfully trying to pass some fake Monopoly money himself back in 2020, Nehemiah and Jed rediscovered Robert Sommer’s old 1970s version before gaining permission to update it “to start conversations about privilege,” as friendly media write-ups put it.

In a nostalgic throwback to the Jim Crow era, Never Sad’s new Community Chest cards are racially segregated for blacks and whites. Their agitprop nature is clear from a few examples on the game’s website. Blacks may draw a card saying “BONUS! You’re hired as an MSNBC pundit to explain why every white person is racist. Collect $300,000,” which I think is how Ibram X. Kendi got his job. Whites, meanwhile, are reeducated to meekly submit, as in the card reading “You’re listening and learning [from the likes of Kendi]…. So brave. Collect $50,000.” In 2022, Never Sad released an expansion pack with extra cards, “Because racism didn’t end in 2020!”—something that, skeptics may argue, their game itself ably proves.

One particularly unappealing new addition reads “Throw this card down and yell ‘FREEZE!’ Set a timer for 2 minutes, and discuss Critical Race Theory.” Presumably those who then foolishly discuss CRT in an honest fashion by calling it a load of racist antiwhite shit will be told to “GO DIRECTLY TO JAIL. DO NOT PASS GO. DO NOT COLLECT $200.” Pay close attention: This board game represents how white people’s lives are intended by the radical left to pan out from now on. By overloading layers of fictional “privilege” onto whites in the game, they are intended to become burdened down with spurious “guilt” in reality, and so henceforth do exactly as they are told. One in-game reward for black players, for example, gives them $20,000 in compulsory “reparations” for slavery from every white participant. White players do sometimes still get unjust, unearned in-game rewards too, but the presumable purpose of this is to get them to renounce such things away from the play board.

The whole thing seems like a satirical metaphor for what happens when you begin apportioning awards in life based purely upon unavoidable innate characteristics like skin color, rather than upon the basis of the content of people’s character, effort, and built-in abilities, as that sick old racist Martin Luther King once so wickedly preached.

Personally, I just stuck to playing chess and checkers this Christmas as usual. In games like that, there’s just far less of a distastefully overt sense of black vs. white.