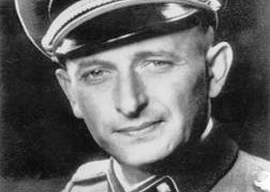 Operation Finale is a decently crafted, reasonably accurate retelling of the kidnapping from Argentina of Adolf Eichmann (played by Sir Ben Kingsley), the most notorious supervisor of the Holocaust still on the loose in 1960, by Israeli Mossad operatives (led by a secret agent portrayed by Oscar Isaac).

Unfortunately, the film never quite takes flight. That’s why Operation Finale was dumped on sunburned audiences on Labor Day Weekend, the notorious Idiocracy slot on the calendar for movies that the studio just wants to forget about. This is the umpteenth film in which Isaac, who had long been envisioned by Hollywood as the new Al Pacino, doesn’t yet make it through the formality of becoming a major movie star.

The Holocaust, perhaps the most exhaustively documented event in history, has been mined thoroughly for cinematic stories. So perhaps what’s left to be filmed tends to be less than scintillating, such as the Eichmann abduction. The Mossad team leader (played well by Nick Kroll) admitted that this operation was “one of the easiest missions we did.” Director Chris Weitz’s scrupulousness about retelling what actually happened in Buenos Aires without too much invention to heighten the tension keeps it an only mildly exciting thriller.

Still, Operation Finale is a perfectly okay film, although the more interesting aspects of the Eichmann story happened before and after the extraction from Buenos Aires that takes up most of the movie.

Hunting down genocidal war criminals wasn’t invented by the Israelis.

Hitler supposedly scoffed in August 1939: “Who, after all, speaks today of the annihilation of the Armenians?” Yet Armenian patriots in the 1920s had contrived to make as memorable as possible their Operation Nemesis conspiracy in which they assassinated many of the perpetrators of the Ottoman Empire’s 1915 genocide of the Armenians.

For example, in 1921 an Armenian volunteer who had lost 85 relatives in the massacre gunned down former grand vizier Talaat Pasha in Berlin. As planned, he dropped his weapon and immediately surrendered to the police. The German jury deliberated for only one hour before acquitting him.

“The Holocaust, perhaps the most exhaustively documented event in history, has been mined thoroughly for cinematic stories.”

Israel chose a somewhat different path to justice for Eichmann. Rather than shoot him on his doorstep as Mossad has frequently done since (and as Navy SEALs did to Osama bin Laden), they would abduct him and sneak him back to Israel for a televised trial.

Initially, Mossad had rejected a tip that Eichmann was living in a dumpy house without electricity on the rural outskirts of Buenos Aires. Surely, they reasoned, the (so-called) Architect of the Final Solution must enjoy a more luxurious retirement lair.

Yet it was indeed Eichmann who took the bus every day to his job as a foreman at the Mercedes-Benz factory. Snaring him was merely a matter of grabbing him after he disembarked one dark night.

But once Mossad got Eichmann back to their rented safe house, a legalistic snag arose. El Al airline refused to fly Eichmann to Israel unless the kidnappers talked him into signing a release form authorizing his own extradition.

The centerpiece of the film consists of the ensuing head games between the Mossad muscle Peter Malkin (Isaac) and Eichmann (Kingsley).

But it’s hard to get too enthralled by this battle of wits because if Eichmann hadn’t signed, the Israelis would likely have either smuggled him out of Argentina anyway or shot him and left him in a ditch. And the only inducement the Israelis had to persuade Eichmann to sign was his longing for the kind of undying fame represented by, for example, having Sir Ben Kingsley play him in a movie 58 years later.

German Jewish philosopher Hannah Arendt would famously entitle her book Eichmann in Jerusalem: A Report on the Banality of Evil. At the January 1942 Wannsee Conference that bureaucratically initiated the final stage of the Holocaust, Eichmann played second fiddle to the spectacularly vile Reinhard Heydrich. In the 2001 TV movie about Wannsee, Conspiracy, Eichmann was portrayed by the fine supporting actor Stanley Tucci, backing up leading man Kenneth Branagh’s Heydrich.

But Sir Ben, the Anglo-Indian Oscar winner for 1982’s Gandhi, doesn’t play banal characters. Kingsley has a grand time hamming it up as an ambitious man who looks upon Isaac’s character less as his enemy than as his rescuer from his present obscurity.

A committed Nazi and a logistics expert, Eichmann didn’t personally dream up the Holocaust, allowing him to use the defense at his trial that he was “just following orders.” In fact, like a stereotypical high-minded German, Eichmann argued, to Arendt’s disgust, that in making the trains run on time he was following Kant’s categorical imperative: “Act only according to that maxim whereby you can, at the same time, will that it should become a universal law.”

Because Hitler avoided putting orders in writing, especially something this shameful, historians remain divided over who came up with the idea of methodically murdering all the Jews of Europe.

The Functionalist camp believes that the idea likely originated among lower-level Nazis in the field and then filtered up, perhaps from Heydrich through Himmler to Hitler, who would have been pleased by his minions’ ideological initiative. (Arendt cited war criminal Hans Frank’s Nazi parody of the categorical imperative: “Act in such a way that the Führer, if he knew your action, would approve it.”)

The Intentionalist school argues instead that the command to carry out what Paul Johnson calls “the greatest single crime in history” surely must have come down orally from Hitler through Himmler to Heydrich.

From one perspective, the Holocaust of the Jews was merely a subset of Generalplan Ost to exile to Siberia and/or murder 31 million Eastern Europeans and replace them with 12 million German settlers. But while the vicissitudes of the war led Berlin to sensibly postpone the overall plan until after victory was assured, military setbacks only accelerated the Jewish genocide, even at the cost of exacerbating Germany’s chance of losing the war.

My suspicion is that the Holocaust decision’s point of no return may well have quickly followed Germany’s catastrophic Dec. 6–11, 1941. The Red Army’s counteroffensive in the exurbs of Moscow showed that the war in the East would not be won soon. Then, five days later, Hitler gratuitously declared war on the mighty United States in support of his honorary Aryan ally’s attack on Pearl Harbor.

In any case, Eichmann’s ample personal guilt is clear, despite his being only the administrative equivalent of a lieutenant colonel. While bureaucrats in several of Germany’s allies slow-walked Berlin’s ghastly initiative for as long as they could, Eichmann worked tirelessly to speed the process.

With Eichmann’s trial, Israel scored a huge moral triumph via the new medium of worldwide television coverage. But the movie only briefly summarizes those later events.

Operation Finale is directed by Chris Weitz (whose biggest hit, with his brother Paul, was American Pie). He’d have been well situated by nature and nurture to take on the one faintly comic undercurrent of the trial: the ethnic fractiousness among Jews, especially between suave German Jews and the more bumptious Eastern European Jews.

For instance, Arendt, who doesn’t appear in this movie, was a Germanophile snob. Her ex-boyfriend, philosopher Martin Heidegger, might have been a Nazi for a while, but to Arendt at least he was an extremely cultured German Nazi. Arendt wrote to Karl Jaspers about Israel:

My first impression: On top, the judges, the best of German Jewry. Below them, the prosecuting attorneys, Galicians, but still Europeans. Everything is organized by a police force that gives me the creeps, speaks only Hebrew, and looks Arabic. Some downright brutal types among them. They would obey any order. And outside the doors, the Oriental mob, as if one were in Istanbul or some other half-Asiatic country. In addition, and very visible in Jerusalem, the peies (sidelocks) and caftan Jews, who make life impossible for all reasonable people here.

Like Arendt, the Weitzes come from the best of German Jewry. The director’s grandfather won Germany’s Iron Cross during the Great War as an officer in the Prussian Guards. A patriotic capitalist, he long assumed that the Nazi nonsense would blow over, finally escaping in 1938. In turn, the director’s father, John Weitz, was the world’s most glamorous sock designer (as well as a race car driver and best-selling novelist).

One question about Eichmann’s trial had been under what theory of international law could Israel claim jurisdiction over crimes committed on a different continent and before its founding.

Argentina protested Israel’s violation of its sovereignty, but eventually decided it needed having to deal with Eichmann itself like it needed a hole in the head. So it announced that it would no longer actively object to Eichmann being tried in Jerusalem.

Likewise, West Germany was not interested in having Eichmann return home for trial. There he might name names who were now working in the Bonn government, most notably Eichmann’s former legal adviser Hans Globke, who was serving as Chancellor Konrad Adenauer’s chief of staff.

Similarly, the Warsaw Bloc, site of the worst German death camps, preferred to focus on general Nazi crimes against its nationals irrespective of the victims’ ethnicity. But Eichmann had made his career in the regime’s Jewish Department, thus emphasizing the particularist anti-Semitism of their old enemies more than the mildly anti-Semitic Soviets of 1960 wished.

So Israel’s jurisdiction emerged by default as the world came to agree that this notorious war criminal should be tried, but the only country actually enthusiastic about undertaking the task was the Jewish state.

The prosecution attempted to make it a trial of anti-Semitism going back to the Amalekites, arguing: “It is not an individual that is in the dock at this historic trial and not the Nazi regime alone, but anti-Semitism throughout history.”

But the defense attorney, paid for by the West German government, succeeded in persuading the Israeli judges to limit the scope of the trial to his client’s crimes. This proved convenient for several interested parties, including Eichmann and his desire to go down in history.