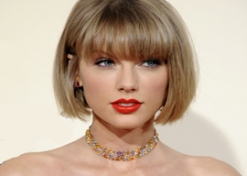 We have just witnessed a curious phenomenon in the U.K. Bloodthirsty conglomerate Virgin unilaterally withdrew the Daily Mail from its public-transport arm. A preening statement that the paper “did not align with the company’s values” grabbed SJWs as irresistibly as the tractor beam of the Death Star. Twitter cried “victory!”—while Virgin execs listened for the pitter-patter of tiny feet signing up to their wider raft of branded services.

Others were not so generous. Brexit Twitter took up the cry of “censorship!” Contrarian gruffalo Rod Liddle went a step further and handed out free copies of the Daily Mail on a train platform—only to be asked if he had “permission” to speak to the public. Somewhere at Virgin HQ, a soy latte paused on its way toward a goateed chin. Censorship? But isn’t that—like—bad? And so the ship was smoothly turned around. Richard Branson said that he hadn’t known of the decision; and he would never have supported it. Soon the rustle of ethnocentric newsprint was once again heard on Virgin Trains. Ah, deniability: the elixir of the corporate hypocrite!

The right claimed a rare victory against the march of bastard capitalism (that is, the adulteration of business with social engineering). Yet many liberals—myself included—found no fault with a brand-building exercise gone wrong. British railways are privatized, and it is the purpose of private companies to seek advantage, wherever it may lie. Where others saw the machinations of cultural Marxism, I saw the market in all its cynical glory. Companies have forever placed bets on the values of their consumers: What was the Marlboro Man other than an expression of rugged individualism? Now brands hitch their wagons to new sociopolitical movements for similarly mercenary purposes. The mystery is not that they should attempt such outright mendacity—but why it is accepted by the public.

“The truth is that people have a huge appetite for being lied to—because it helps them lie to themselves.”

An example: Even as Virgin Trains was taking a wrong turn over the points of public opinion, its sister company Virgin Health was happily suing the National Health Service for lost earnings. Recall that the NHS is the holiest cow ever to graze the pastures of the British media (let alone the British treasury). Where were Virgin’s communitarian “values” then? Or indeed when Virgin Trains tripled the levy on local business operating at their station franchises? As part of his rearguard action, Branson had the temerity to say that the company shouldn’t be seen as moralizing. Yeah, we noticed.

Such empty posturing is now endemic in the West. This may be what future social historians find most noteworthy about our era. Fakery is espoused by corporates at every level of their operations—from the grandstanding hypocrisy of Virgin Group to the humble “still fresh” section of the supermarket (which houses produce that is no longer fresh). It is the lifeblood of leftist politicians who rush to procure private services for their families while raising public barriers to the same. It is the needle in the arm of popular culture, as millionaire celebrities preach social revolution between trips to their tax lawyers. It oiled the #MeToo campaign, as the enablers of the Weinstein culture donned rat-size masks and dived from the sinking ship. (One of the U.K.’s most vocal liberal inquisitors—a journalist called Rupert Myers—was revealed to be a failed philanderer of epic proportions. Ditto VICE, where a staff of impeccably liberal credentials turned out to be nothing more than base libertines.)

Against such a backdrop of engrained double standards, the greatest transgression is honesty. Blond songstress Taylor Swift has been denounced as an “envoy for Trump’s values” for the simple crime of sticking to her day job (the left revealing its misogyny by expecting to co-opt her hard-won professional success for its own purposes). The liberated women of France went one further and denounced #MeToo on the basis they could manage their own affairs (pun intended). Yet such pips of honesty are few and far between on the moral radar of our times. The truth is that people have a huge appetite for being lied to—because it helps them lie to themselves. How else to carry the flickering torch of social justice into our well-heated lounges, or green-wash our SUVs, or espouse female dignity while casually flicking onto Pornhub? Social justice without social sacrifice has been the touchstone of Western morality since it was first offered by Blair and Clinton in the form of the “Third Way.” It is no surprise that corporates like Virgin have now sniffed out a role as midwives to our hypocrisy.

Yet such a great bifurcation must have deeper psychological roots. Secular humanism is certainly one component of the whirring dissonances of the modern era. Our love of moral self-exemption—most often heard in the cry “But don’t judge me”—depends on the absence of divine sanction. Such hypocrisies as libidinous male fauxminism or the self-sanctified corporate greed of Virgin could not survive the curt enjoinder found in Ecclesiastes 12:14, that God will judge every hidden thing, be it good or evil. One could also finger Hegel—or at least the dialectical method he introduced. After all, once given the opportunity to reconcile something with its opposite, why not create a synthesis that is nicely therapeutic? A magnificent example is the white race campaigner expunging his guilt with a placard advocating his own immolation—before heading home for dinner and the ball game. The White Queen’s practice of believing six impossible things before breakfast is alive and well among the campaigning classes.

The ’60s is a more recent inflection point, because it was the moment when outright posturing became a prerequisite of public culture. Bob Dylan never rode into town on a boxcar, any more than Johnny Cash served prison time. Yet both became foundation myths for public personas that painted them as hard-bitten existential moralists. “There’s no truth in that,” spat Bob Dylan when introduced to a journalist from Time magazine. “Why don’t you just have a picture of a tramp vomiting in the gutter?” If the buttoned-up journalist had more presence of mind, he might have replied: “Why don’t you perform under your real name?” By the time John Lennon could “imagine no possessions” in 1971, he was already en route to a personal fortune estimated at $800M. Yet his fans believed him.