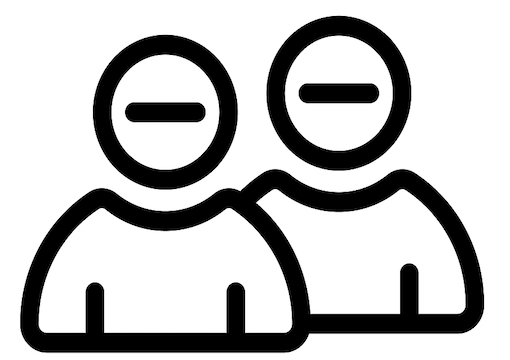 Last week’s column covered America’s ongoing march toward a dystopic antiwhite apartheid from the perspective of quisling whites. This week, I’ll stick with the apartheid theme, but from a different angle.

Let’s take a trip back to Nazi Germany. There was a period between 1933 and the start of the war when German Jews were basically living under Jim Crow-style exclusionary laws.

During this period of “Jim Crohen,” Jews could live freely…to an extent. Much like blacks in the American South, there were laws against intermarriage, there were property ownership proscriptions, and most important, Jews were excluded from a host of jobs. They couldn’t own media outlets, and 1933’s Law for the Restoration of the Professional Civil Service purged Jews from a wide variety of professions, including schoolteachers, university professors, doctors, judges, and a slew of other white-collar endeavors.

“By the time the U.S. brain-drain purge bears its fetid fruit, the damage will have been done.”

During this period Jews could still own their little shops, their kosher restaurants, their religious schools; they could still marry their own kind and have kids, they could even travel freely. They just couldn’t engage in activities that the Nazis saw as likely to “influence” the German public (Jews: the first people to be banned from being “influencers.” The schmucks who gave us Zuckerberg got Zuckerberg’d fifty years before the bastard was born!).

Initially, many German Jews thought they could ride out what they considered a temporary inconvenience. As Professor William Rubinstein notes in his underappreciated 1997 book The Myth of Rescue, over 16,000 Jews who fled Germany in 1933 returned the next year (although many more would leave as things got worse in the late 1930s).

I mention all of this because the topic of Nazi exclusionary laws came up last week when MIT canceled a lecture by a renowned University of Chicago professor because of something he’d written in a Newsweek op-ed back in August. Dorian Abbot, a geophysicist, was invited to MIT to talk about boring ol’ planets, but the race mob got him canceled because in that Newsweek piece, Abbot had compared Nazi Germany’s exclusion of Jewish intellectuals to the current exclusion of whites via “diversity” quotas:

Ninety years ago Germany had the best universities in the world. Then an ideological regime obsessed with race came to power and drove many of the best scholars out, gutting the faculties and leading to sustained decay that German universities never fully recovered from. We should view this as a warning of the consequences of viewing group membership as more important than merit, and correct our course before it’s too late.

Imagine Planet Man thinking he could write that and survive! Get yer head outta Uranus, prof.

Still, Abbot’s points deserve further exploration. Because among Western Jews, it’s indeed taken as canon that the professional exclusions during the Jim Crohen period badly debilitated Germany as a nation. You’ll find this 1930s “brain drain” discussed at length in hundreds of Holocaust books, essays, and lectures. There are too many to list, but a fine condensation of the “German brain drain” literature can be found in a 2011 IZA (Institute of Labor Economics) paper, “The Long-Term Direct and External Effects of Jewish Expulsions in Nazi Germany,” by Mevlude Akbulut-Yuksel and Mutlu Yuksel of Dalhousie University.

The Yuksels assemble an exhaustive collection of quotes and data from Jewish scholars that support their paper’s thesis: The removal of Jews from German academia, science, and other “intellectual” professions dumbed down the poor Germans to such an extent that German children who received their formative education during the purge years became derp-a-derp morons, because Jews are just so damn smart that removing them as teachers led to a generation of Reichtards.

But wait…I’m confused. Leftist Jews (i.e., most Jews) are the primary intellectual and financial movers and shakers behind the notion that nothing is lost when Americans use quotas and diversity bullying to replace skilled workforce whites with Third World immigrants. In theory, the Jewish elites tell us, there’s nothing a white can do that Umbabwe the Ghanaian ditch-digger, Ixtpatl the bare-assed Peruvian tree-dwelling Indian, or Al-Suqdiq the Afghan pedophile can’t do as well or better.

Yet as the IZA paper outright states, the removal of a high-IQ people led to severe negative consequences because some groups are just better than others—smarter, more skilled—and if that group dominates a particular field it’s because of the natural order, and when you monkey with that natural order by removing the members of that group to satisfy racial quotas set by political leaders, your nation suffers.

Well, son of a bitch. Who knew?

The IZA paper is missing only one thing: an explanation of why this principle only applies to 1930s Germany but not anywhere in the present-day West.

If ongobongos from da Congo can easily pick up what’s needed in order to seamlessly replace whites in, say, science and medicine, why weren’t native Germans able to just as seamlessly fill the gaps caused by the removal of Jews?

And speaking of questions no mainstream journalist will ever ask…

A few months ago, when Amazon Studios announced an official hiring cap on white actors and below-the-line crew (and diversity hiring quotas for nonwhites) on all of its in-house movies and streaming shows, I had a question I wanted to ask Amazon’s diversity department so that I may (in Carl Showalter voice) “be in full compliance.”

My question was a simple one: Is the employment of Jews capped because they’re categorized as white, or are they part of the “diversity quota” of “underrepresented minorities”?

Amazon is forcing producers to list the race/ethnicity/gender of all cast and crew. Are they cis or trans? Male or female? White or nonwhite? These are real rules, and Amazon won’t touch a project if they don’t get “the list.” So you’d expect that Amazon would provide elucidation when prompted.

You know, to help producers “be in full compliance.”

When I didn’t hear back, I waited a month and asked again using a producer friend’s email.

Because they can’t. There’s no good answer to my question. Every name on every Amazon Studios production must be entered into one of those columns. That’s their rules. But no matter which column they assign to Jews, there’ll be “problematics” aplenty. If Jews are supposed to go in the “underrepresented minorities” category,” that’ll piss the living hell out of blacks and Hispanics, who know damn well that if there’s one group that’s not “underrepresented” in Hollywood, it’s Jews. Yet here are Jews filling spaces in the underrepresented column that should be going to blacks ’n’ “Latinxes.”

Yet if Amazon’s answer is that Jews should be put in the capped “white” column, well, Amazon would have the dubious honor of being the first major corporation since the heyday of Nazi Germany to put an official, explicit cap on Jewish hiring in media.

So Amazon has to avoid the question.

Hell, they were probably hoping no one would ever ask it.

I never get more hate mail than when I criticize Andrew Breitbart’s legacy (one Breitbart-critical column of mine led a certain “familiar” rightist author to call for my hanging! I’ll tell you that story…someday). One way in which Breitbart was less than helpful was his obsession with tactics. “Read Alinsky! Use leftists’ own tactics against them!” Yes, but in service of what? I knew Andrew, and he was all over the map, as were his acolytes. “Yay Iraq War! Yay foreign intervention!” “Boo illegal immigration” but also “Staple green cards to diplomas!” Yes, he was steadfastly “for America,” but what the hell does that mean if you’re not more specific?

That’s why in the end Andrew was not as successful as his leftist counterparts. Leftists get “horse before cart.” Goal first, then tactics.

The white West must be brought down. That’s the left’s goal. And the tactics are in service of it, which is why they so often seem contradictory. In Germany, you convince the indigenous whites that they ruined their nation by removing the people with the good genes. Irrational Jew-hatred blinded the Germans to the fact that they should’ve recognized the natural skills of Jews and respected them. Now that Germans have dumbed down their nation, they must import millions of immigrants, because the detrimental effects of the 1930s purge show that Germans can’t hack it on their own.

But in America, you say the opposite. There are no “good genes.” In fact, there are no genes at all, and there’s no such thing as a “naturally skilled” group. Replacing skilled workers is fine. IQ is a myth, as anybody can do anything as well as anyone else. All groups are interchangeable, so caps and quotas in the name of equity do no harm.

And again, do your best to make sure that nobody sees the contradictions and asks the wrong questions.

And if they do, just ignore them or get them banned from social media. Or cancel their lectures.

For now. By the time the U.S. brain-drain purge bears its fetid fruit, by the time everything collapses like that “diversity bridge” a few years ago that was championed as proof that engineering requires neither white males nor engineering know-how, the damage will have been done.

Let the skeptics ask their questions then; it’ll be too late.