But Where Are the Clients’ Yachts? 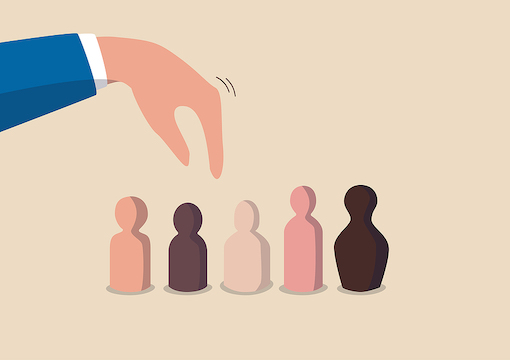 There’s an ancient Wall Street joke about a visitor to the Hamptons who is shown harbors full of the yachts of stockbrokers and bond salesmen. He naively inquires, “But where are the customers’ yachts?”

We might ask the same question about the clients of diversity consultants.

These days, we are constantly lectured that hiring more diversity is the route to riches. Studies, we are assured, prove that organizations that employ more blacks, women, or whatever will make more money.

Yet the people who get paid to tell us that diversity-inclusion-equity (DIE) is good for us seldom can remember documented examples of organizations that gained an enduring competitive advantage by fighting racism or sexism.

Obviously, it would be in the profit-maximizing interest of firms to snatch up underpaid performers. If there really is much discrimination, then eliminating systemic racism should be a lucrative undertaking, not one that requires constant paid sermonizing by innumerates about how handing privileges to the politically preferred will turn out to be in our own financial interest.

“Outside of dusty sports lore, it’s hard to think of firms that famously prospered by following the now conventional wisdom that Diversity Is Our Strength.”

Of course, if you go far enough back into America’s past, it is easy to find a clear example of an employer who did flourish due to his diverse hiring: Branch Rickey, president of the Brooklyn Dodgers baseball team. By bringing Jackie Robinson up in 1947 to be the first black big-leaguer since the 19th century, Rickey got a lucrative jump on other teams.

In the first ten years after the Brooklyn Dodgers broke the color line in 1947, they went to the World Series six times, with black Dodgers winning five National League Most Valuable Player awards (Robinson in 1949, Roy Campanella in 1951, 1953, and 1955, and Don Newcombe in 1956), and four Rookie of the Year honors.

In contrast, the Boston Red Sox, led by the best hitter in baseball, Ted Williams, had gone to the 1946 World Series and, with their potent offense, seemed set to return several times. Indeed, Williams retained his skills: As late as 1957 he batted a superlative .388. But Boston didn’t win another American League pennant until 1967, in part due to wasting Williams’ latter years by not playing a black until 1959.

The National League, which had been the less successful circuit since shortly after the American League’s formation in 1901, more enthusiastically hired African-American and Latin American players, coming up with superstars like Willie Mays, Frank Robinson, and the recently deceased Hank Aaron.

Granted, the most talented outfielder of the 1950s, Mickey Mantle, was white. And his mighty New York Yankees didn’t see much reason to rush integration, not bringing up Elston Howard until 1955.

Still, the American League teams that most successfully challenged the hegemony of the Yankees, the Cleveland Indians and Chicago White Sox, hired more blacks than other AL teams. For example, in July 1948, Bill Veeck, owner of the Cleveland Indians, signed the legendary black pitcher and showman Satchel Paige for the pennant drive. The Indians went on to win the World Series, Paige was voted Rookie of the Year at age 42, and Cleveland broke the major-league attendance record.

The teams that diversified their rosters benefited both quantitatively—by enlarging the pool of talent from which they drew—and qualitatively—black speed on the basepaths made base stealing fashionable for the first time since Babe Ruth introduced the homer-oriented offense after World War I. (Interestingly, it’s now felt by baseball analysts that the game’s renewed crush on the stolen base became self-defeating during the 1960s: Ruth had been right after all about the best strategy for winning baseball games.)

The Brooklyn Dodgers’ example of the payoff from not discriminating is so vivid because:

(1) There really was systemic racism against black ballplayers: the Color Line.

(2) Blacks were as good as whites at baseball. (By the way, it’s often assumed today that whites were surprised in 1947 by how strong blacks were at baseball. In reality, though, black and white stars had often played together in barnstorming exhibition tours and in Caribbean winter ball, so white ballplayers had long publicly praised the talents of their black counterparts.)

(3) Some teams stubbornly resisted integration for up to a dozen years after 1947, highlighting the contrast.

There are a few other sports examples: Red Auerbach built an NBA Boston Celtics dynasty in the 1950s around black players (and another in the 1980s around undervalued white players). Coach Don Haskins led the improbable University of Texas at El Paso to the NCAA basketball championship in 1966 by pioneering the now standard strategy of recruiting not from local high schools but by scouring the nation’s ghettos for black jocks who previously would have been considered Not College Material.

But outside of dusty sports lore, it’s hard to think of firms that famously prospered by following the now conventional wisdom that Diversity Is Our Strength.

For example, there was an enormous shift in social attitudes in favor of married women working after feminism reemerged in 1969. But it’s weirdly difficult to recall any firm that long stood out from its competitors by exploiting this change the way that the Brooklyn Dodgers earned a decade-long advantage by signing blacks.

Malcolm Gladwell has popularized the claim put forward in 2000 by economists Claudia Goldin and Cynthia Rouse (Joe Biden’s chair of the Council of Economic Advisers) that when orchestras switched to auditioning musicians behind a screen, the percentage of women hired soared by 50 percent.

But nobody can identify an orchestra that rose to the top ranks by adding women.

And in 2019 Jonatan Pallesen reanalyzed Goldin and Rouse’s data and found that men prospered more from blind auditions:

Thus a larger proportion of men than women are successful in blind auditions, the exact opposite of what is claimed.

Blind auditions likely would have helped women get hired more in the 1950s and 1960s when society was grateful to veterans and favored paying married men a family-supporting wage. But by the time blind auditions became prevalent in the 1980s, America had already gone through its feminist inflection point. So objective blind auditions, ironically, have been slightly worse for women due to the pro-women prejudice of our still-ongoing feminist era.

This should remind us that the Women’s Lib battle was quickly and almost painlessly won during the first half of the 1970s. For example, by the time I entered UCLA’s MBA program in 1980, conscious discrimination against women in corporate white-collar hiring was a thing of the past. The only employers I can recall being told were still bigoted against women were Los Angeles’ department-store chains, which, a professor explained, wouldn’t promote shiksas beyond Buyer.

Presumably, some companies took the lead in the early 1970s and outearned their rivals by hiring more women, which allowed them to pay lower wages than the industry standard. But, a half century later, it’s hard to identify these trailblazing corporations because their rivals responded so quickly to this now socially acceptable profit-maximizing scheme.

Before 1969, discrimination in white-collar hiring was less against women per se than against married women. (In contrast, blue-collar jobs that are today 95 percent male were often 100 percent male back then, and good-paying union jobs were usually reserved for men.)

Yet, there had always been a certain number of spinster career women in upscale jobs. For instance, in the 1940 movie His Girl Friday, newspaper editor Cary Grant is desperate to keep his ace reporter (and ex-wife) Rosalind Russell from marrying Ralph Bellamy and immediately quitting the newspaper to be a housewife and mother.

Why the feeling that married women shouldn’t work? The polite assumption had been that respectable women didn’t use contraception, so a married woman was likely to be a mother by the year after her wedding, after which she’d be too busy with child-rearing for paid employment.

But by 1969, The Pill had become socially accepted, plus the burdens of housework had declined due to advances in appliances such as dishwashers and dryers. As Goldin noted, women increasingly went back to paid work after their children were old enough, so it made sense for them to get the education when young that would enable them to hold better-paying jobs.

Hence, most genteel industries rapidly switched over to hiring large numbers of young women in the 1970s.

This doesn’t mean that women have since achieved the same economic accomplishments as men at the high end. In Silicon Valley, for example, female founders of successful start-ups are so rare that the media went nuts over the delusional Elizabeth Holmes, portraying her as the Female Steve Jobs. But the Theranos fiasco, featuring a compliant board of nonagenarian Republican secretaries of state, illustrates how pro-diversity our culture is at present.

And yet, America is mentally living ever further in the past, hallucinating that we are still in the Bad Old Days. You might think that these once famous triumphs over racism and sexism would be acknowledged today. But the fact that discrimination is now reversed is inconvenient for the people who make their money by claiming to be victims of white men.