By the Numbers, a Failing President 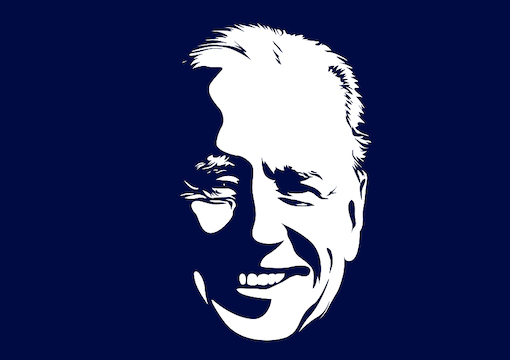 If the left believed that draping the Capitol riot of Jan. 6, 2021, around the neck of former President Donald Trump and the party that refused to repudiate him would sink the GOP, it appears to have miscalculated.

For, as the left painted the Capitol riot as an “armed insurrection,” “domestic terrorism,” “attempted coup,” and political atrocity that stands beside Pearl Harbor and 9/11 as “a day that will live in infamy,” Republicans were displacing the Democrats as America’s first party.

Democrats began 2021 as the preferred party of 49% of the country. Only 40% identified as Republicans.

“As of now, Biden is a drag on the Democratic Party at the national level, and very probably in the off-year election in November.”

When 2022 began, the standings had been reversed.

Forty-two percent of Americans identified as Democrats, and 47% as Republicans, a turnaround of 14 points.

On Wednesday, a Politico/Morning Consult survey came out that showed that 37% of Americans awarded Biden a grade of “F” for his first year, with another 12% giving him a “D.” School kids with grades like that risk being held back a year or expelled.

On his handling of the issues of immigration and restoring national unity, 40% of Americans flunked Biden. On the economy, 38% gave him an “F.”

Also, in that Politico survey, 68% of respondents said America is on the “wrong track,” more than twice the number who believe she is heading in the “right direction.”

In this same survey, Biden’s overall approval stands at 40%.

What is the message that the totality of these numbers conveys?

Democrat and media obsession with Jan. 6, their vast exaggeration of what happened, and the campaign to indict the GOP as a mortal threat to “American democracy” has failed as a strategy. And Biden’s presidency is seen by the people he leads as a failing presidency.

If the election of 2022 were held next Tuesday, Democrats would be swept from power in both houses of Congress, and a Republican Congress would face a lame-duck President Joe Biden for the next two years.

And it is hard to see any deus ex machina waiting in the wings to prevent what is coming: gridlocked U.S. government from 2023 to 2025.

Indeed, when one considers the political situation one year after Biden’s inauguration and 10 months before the 2022 elections, how Biden turns things around for himself, his presidency and his party is not easy to see.

The foremost issue in the public mind is the economy, inflation in particular. The consumer price index has been surging at 7%. But for the Federal Reserve to put on the brakes to control inflation could mean a major hit in the stock market, which was robust in Biden’s first year.

If Biden is fighting stagflation by the fourth quarter of calendar year 2022 — as Jimmy Carter was in 1980 — Democratic candidates will be avoiding him the way Stacey Abrams shunned him on his visit to Atlanta.

A second issue on which Biden is racking up failing grades in the public’s mind is immigration, which means the southern border across which some 2 million illegal immigrants from more than 100 countries poured in 2021. Biden has conceded that he has no chance of dealing with the crisis legislatively because of GOP opposition in Congress.

And his unhappy progressive allies would not permit Biden to employ the means necessary to halt the invasion of the country whose borders he has sworn to protect and defend.

Another issue gaining traction is the explosion of flash mob robberies and shootings and killings in Democratic-run cities, coupled with the perception that progressives are soft on criminals and tough on cops.

Saturday, a week ago, Michelle Alyssa Go, a 40-year-old New Yorker, was shoved to her death in front of a subway train at Times Square station by a “homeless” person.

Atrocities like this are now almost daily fare, and the stories and video are moving public opinion back to the law-and-order attitudes that worked so well for the Republican Party in the Richard Nixon and Ronald Reagan eras.

As for the coronavirus, the Biden administration neither anticipated nor prepared for the delta and omicron variants. And no one knows where we will be next November — hopefully, in a better place.

As of now, Biden is a drag on the Democratic Party at the national level, and very probably in the off-year election in November.

What began his slide in public approval last August was a foreign policy debacle, the perception of a bungled withdrawal from Afghanistan.

And how Biden handles the Ukraine crisis ginned up by Russian President Vladimir Putin may come to be seen as a reflection of his mastery of foreign policy, or his ineptitude.

Ukraine could be determinant in history’s judgment of Biden’s presidency.