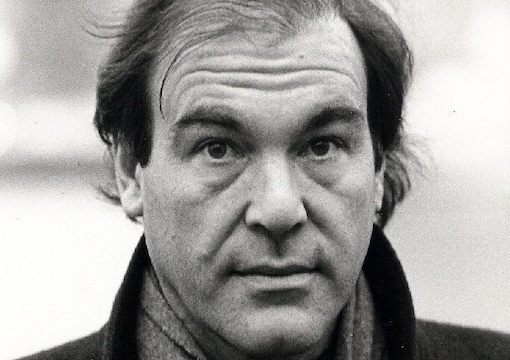 While increasingly forgotten today, writer-director Oliver Stone might have been the most talked-about figure in American popular culture from 1986 through 1992, when the press suddenly went to war against him over his JFK conspiracy-theory movie.

Stone’s new memoir Chasing the Light recounts his first four decades from his birth in 1946 (not surprisingly, the first year of the baby boom) through his annus mirabilis in 1986. Staring at the fact that few directors get a chance to break through after age 40, he suddenly delivered the wildly entertaining Salvador and the universally admired Vietnam War movie Platoon.

I’ve always felt that Stone, who enlisted as a private in the Army after dropping out of Yale and was wounded twice in Vietnam, was more than entitled to be a critic of his country’s invade-the-world foreign policy.

Interestingly, before emerging in movies such as Wall Street and Born on the Fourth of July as a celebrated critic of Ronald Reagan’s policies, military and economic, Stone admits in his book that he voted for Reagan in 1980, just as he had supported Barry Goldwater as a preppie in 1964.

There isn’t much detail on Stone’s political change of heart in Chasing the Light. My guess is that Stone’s politics, like those of old-time science-fiction author Robert Heinlein, may be influenced by whoever is his current wife. His first wife back in the 1970s was assistant to the U.N. ambassador appointed by the king of Morocco, a U.S. ally during the Cold War, while his Texas-born second wife, whom he married in 1981, was more leftist.

With his South Korean third wife since the 1990s, he’s become more of an idiosyncratic centrist, making moderately sympathetic biopics of Republican presidents Nixon and W. Lately, Stone has been especially hated by the mainstream press for interviewing Vladimir Putin for a documentary.

Chasing the Light is striking for a 2020 book for its lack of Trump Derangement Syndrome. The current president, who so tediously obsesses the rest of the cultural industry, is mentioned only once, in passing, when Stone observes that Italian movie mogul Dino De Laurentiis, like Donald Trump, treated lawsuits like traffic tickets. Even America’s most notorious conspiracy theorist doesn’t take the media’s Russiagate conspiracy theory seriously.

There aren’t too many inside-Hollywood revelations in Chasing the Light, perhaps because Stone has been interviewed over the years as much as anybody in America.

He mentions a couple of casting regrets: Tom Cruise would have been ideal for his 1987 Wall Street (he ended up going back to his Platoon star Charlie Sheen), but Cruise was waiting around for Dustin Hoffman to start filming Rain Man. In turn, while Cruise was fine in Stone’s 1989 Born on the Fourth of July as wheelchair-bound Vietnam vet Ron Kovic, Stone regrets that few ever saw Al Pacino’s rehearsals in the late 1970s for a Born that was called off for lack of financing.

Stone began his career as a screenwriter. He’s proud that he wrote six days per week while hacking a cab in Taxi Driver-era Manhattan. After a half decade of rejection, he suddenly won the Best Adaptation Oscar for 1978’s Midnight Express.

But what Stone really wanted to do was direct. Yet his 1981 psychological horror movie The Hand bombed. And while his script for Conan the Barbarian was a nice payday, the final film was far more the work of John Milius.

So sitting for six months on the set of Scarface while director Brian De Palma slowly fiddled with making Stone’s story was a frustrating but educational experience. When Scarface was finally released in 1983 to mixed reviews, critics such as Pauline Kael, who worshiped De Palma and therefore would not blame the director, slammed Stone’s script. But I can recall sitting in the theater not expecting much out of Scarface, then wondering after the first thirty minutes, “Who wrote this freight train of a screenplay?”

Eventually, Scarface became a favorite of gangsters, rappers, and the Central American death-squad leaders he interviewed as background for Salvador.

The eventful filming of his low-budget epic Salvador takes up the largest chunk of his autobiography. Stone’s starting idea for Salvador was lifted from Hunter S. Thompson’s Fear and Loathing in Las Vegas, except instead of Raoul Duke (James Woods) and Dr. Gonzo (Jim Belushi) driving from California to Nevada, they drive from California to El Salvador to report on the civil war. It’s Stone’s funniest movie (an earnest man, he doesn’t normally have much of a sense of humor). His on-set battles in Mexico with Woods (playing lowlife war correspondent Richard Boyle) are the most vivid in his book.

Although Stone is insistent that Woods’ character is based on Boyle, it’s hard not to see Stone and Woods as doppelgängers, especially after Woods became an outspoken conservative following his August 2001 experience flying in first class from Boston to Los Angeles with what appeared to him to be four Arab terrorists on a practice run for what turned out to be 9/11.

So, after the endless conflicts between the two obnoxious alpha males during the chaotic filming, it’s touching when Woods tells Stone at the end, “I want this to be the one they put on our gravestones.”

Though I am most certainly the “villain of the piece,” I accept that role with glee, because his portrayal is truly funny and partly true!

The memoir’s title of Chasing the Light comes from Stone’s compulsion as a director to cram as much shooting as possible into the last two or three hours of daytime to maximize the number of shots with the ideal National Geographic-style low-angle sunlight. Stone’s aesthetics aren’t theoretically advanced: He likes beautiful images.

Was Stone a great visual director during his peak? Or did he make a great choice for cameraman on Salvador when he hired a young documentarian named Robert Richardson, who went on to be one of the all-time great cinematographers, later working for Martin Scorsese and Quentin Tarantino?

Perhaps Stone’s strong suit as a director was his willingness to cut his own screenplay on the fly in the field, ruthlessly eliminating his not-quite-necessary bits in order to shoot more pages of the script before the sun went down. This contributed to the energy of Stone’s prime movies (well, that and the drugs). Liking to make decisions is why Stone has filmed so many movies about presidents: He can imagine himself in the role.

In contrast to Salvador, the shooting of Platoon that immediately followed in the Philippines went surprisingly smoothly, with little of the bungle in the jungle that beset Francis Ford Coppola’s Apocalypse Now in the 1970s.

Platoon combined Stone’s memories of his fifteen months in Vietnam, much of it in combat, with Homer: Tom Berenger’s Sergeant Barnes represents the wrath of Achilles, Willem Dafoe’s Sergeant Elias the humanity of Hector, and Charlie Sheen’s Private Taylor the survival instincts of Odysseus.

Although Salvador had drawn mostly grudging reviews when it opened in New York in March 1986 (the poor orchestral score didn’t help), the political climate had changed by the time Platoon premiered that December. This was largely due to Oliver North’s Iran-Contra scandal in which PLO guns captured by the Israelis in Lebanon were sold to Iran to raise funds for anti-communist Nicaraguan rebels (I think I have that straight), which you have to admit sounds like the plot for an Oliver Stone movie. I called 1986 The Year of the Three Olivers for how often people talked about Oliver Stone, Oliver North, and Oliver Sacks, the literary doctor who wrote the best-seller The Man Who Mistook His Wife for a Hat; and how frequently their names were confused.

With the Reagan administration seemingly on the brink of toppling, Stone was suddenly immensely respectable. Platoon won him Best Director and Best Picture, setting him off on a half-decade run as the philosopher-king of Hollywood, the bard of the baby boomers.

Everybody loved Platoon: According to Stone, even the Reagan White House screened Platoon four times.

But then the winds changed again. While Chasing the Light tells a seemingly happy story of a man on the way up, Stone’s tale is shadowed by foreknowledge of his downfall, when the media that had been so supportive of him from Platoon onward suddenly turned on him en masse in early 1992.

Initially, Stone’s JFK had opened to the usual acclaim in December 1991.

Of course, the plot for JFK was ridiculous, even by movie standards. Stone merged two contradictory conspiracy theories. Fletcher Prouty (Donald Sutherland) argued that the assassination of JFK was a vast, meticulously planned operation carried out by the omnipotent Deep State. Meanwhile, New Orleans district attorney Jim Garrison (Kevin Costner) asserted that Kennedy had been murdered by some French Quarter flaming gay boys (including Joe Pesci in a tangerine toupee) who he’d long suspected were up to no good. Hence in Stone’s telling, the entire military-industrial complex with its infinite resources had mobilized to…hire the homosexuals.

But the lightweights of the entertainment press weren’t going to point out little problems like that in a prestigious Oliver Stone movie.

In the winter of 1992 JFK earned eight Oscar nominations, putting Stone on a path for a Frank Capra-like third Best Director trophy in six years. Then the heavyweights of the serious news media struck back; 1991 had been the annus mirabilis of Republican foreign policy, with the U.S. winning the Gulf War in February and the Soviet Union collapsing in August. The American empire was at its peak.

The prestige press, with its dependence upon Deep State sources, turned on Stone with a vengeance, denouncing him as a “conspiracy theorist.” Today, after nearly three decades of the Establishment demonizing conspiracy theorizing, it’s hard to remember that in the 1970s and 1980s dreaming up paranoid conspiracies had been considered rather cool.

In response to the endless criticism of his silly script for JFK, Stone came to adopt a just-the-facts policy of almost pedantic correctness. For example, in W, 95 percent of the dialogue is direct quotes of public, not private, statements by principals of the George W. Bush administration. This worked better than one might expect, but it’s still a comedown from the inventive imagination of his early years.

The point of reading movie memoirs, however, is less to find out precisely what happened than to listen to the world’s greatest storytellers recount their most polished anecdotes. Hollywood personal histories like John Huston’s An Open Book and David Niven’s Bring on the Empty Horses are better than the mere truth.

Stone’s autobiography, in contrast, strikes me as scrupulously accurate (the only mistake I noticed was that he confuses the 1960s F-4 fighter jet with the 1970s F-16). But in ensuring his book is truthful, reasonable, and fair, Stone made it less entertaining than it could have been.