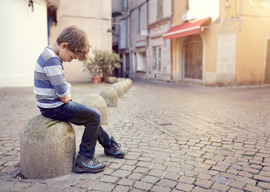 Last March, the Philadelphia city government ended its working relationship with two Christian-based foster care agencies. The point of dispute: The agencies affirm the two-millennia-old belief that only man and woman form the complementary bond best for raising children. Hence, they do not place children in homes headed by same-sex couples.

Philadelphia mayor Jim Kenney, apparently awakening from a state of deep somnolence, gave his best Captain Renault impersonation by stating he couldn’t believe a Christian care organization actually held biblical beliefs about marriage. “I think that two women or two men that happen to love each other or are married to each other who pass all the background checks and the financial circumstances and have a nice home should be able to welcome a foster child into their home,” the blindsided mayor said in a statement.

The move to cut Christian foster care agencies from being a part of Philadelphia’s social services network came during the same month the city begged residents to step up and foster a child. So while thousands of children languish in temporary government facilities waiting for a home, the city of Philly, with its abundant wisdom, severs ties with two organizations that provide a crucial link to placing children in stable homes.

The idiocy mixed with callousness is enough to justify stripping the Eagles of their one and only Vince Lombardi Trophy.

“The most vulnerable members of our society shouldn’t have to suffer over the political bickering of posturing politicians.”

With the help of the Becket Fund for Religious Liberty, Sharonell Fulton and a group of other foster parents are suing the city to reinstate Catholic Social Services, one of the affected agencies, as an approved provider of foster homes.

Fulton has been a foster parent for 25 years. She’s mothered over 40 children. And now her generosity is being punished because of her religious beliefs. “I have relied on Catholic Social Services for support for years, and the City is taking away this help and causing harm and heartache to countless families like mine,” Fulton said in her own statement.

Fulton’s suit argues that Philadelphia, by specifically barring two Christian charities due to their strongly held beliefs, is discriminating based on religion, which violates both the U.S. and Pennsylvania Constitutions. Any judge unblinded by progressive prejudice would conclude the same. But outright anti-Christian bigotry doesn’t find many opponents in the media these days, and too often judicial interpreters of law are persuaded not by the letter of legislation but by the public opprobrium it inspires.

It’s a tired argument, but the point is still true: Just think if an Orthodox Jewish or Muslim foster care agency was targeted and attacked for its beliefs. Could you imagine the media outcry if the city council of Topeka, Kan., shut down a mosque because women were prohibited from holding a leadership position in a local charitable effort? The accusations of “intolerance!” and “hate!” would be heard coast-to-coast.

The case is made all the more frustrating because of how unnecessary it is. Catholic Social Services is not the only foster game in town. It’s one of many agencies placing children in worthy homes. And they never turn down prospective gay foster parents; rather, the would-be caretakers are referred to another agency. If a same-sex couple feel inspired to open up their home to a needy child, they can do so by working with a non-faith-based organization. It’s that simple.

But because error has no rights in the eyes of the left, retribution is needed. There’s no better example of progressive priorities than the act of ditching kids in need in order to penalize a Christian charity. At a time when foster care is badly needed, Philadelphia is depriving itself of a worthy resource.