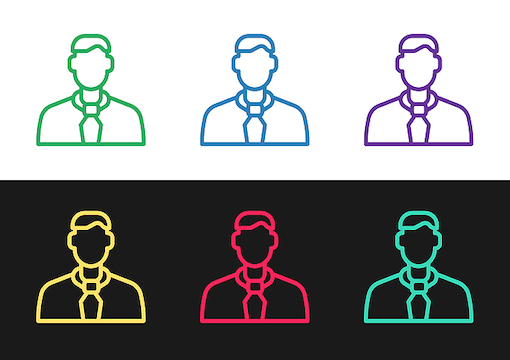 If racism is the only thing that could possibly account for the problems of blacks in 2021, shouldn’t their troubles be declining steadily? After all, the effects of redlining (outlawed in 1968) and the other usual suspects should logically be steadily vanishing into the mists of time. But instead, nothing much seems to change as the decades roll by.

A landmark new study titled “Task-Based Discrimination” looks into exactly why the white-black wage gap among men declined dramatically from 1960 to 1980, but today it is just as wide as it was at the end of the Carter administration (and has been worsening in this century). It turns out it has to do more with fundamental changes in technology than it does white evilness.

In contrast, Critical Race Theorists point to the various gaps between whites and blacks as proof of the pervasive influence of “structural racism.” For example, pundit David French cites the difference in wealth between races as irrefutable evidence that the unending effects of white racism endure massively today:

French goes on to argue that whites must therefore pay for the sins of their fathers, citing approvingly an alarming Old Testament story about King David handing over seven descendants of King Saul to be hanged for their late ancestor’s malefactions.

“It turns out the wage gap has to do more with fundamental changes in technology than it does white evilness.”

But being the conservative he is, French doesn’t want reparations to be centrally planned; he wants them to be distributed via vouchers and other free-market means:

A conservative like me is suspicious of the effectiveness of central planning to ameliorate systemic injustice. I’m less likely to want to pour money into vast, centralized public school bureaucracies and more likely to empower school choice to grant families options in the short term and to provide competitive incentives for public schools to improve over the long term.

In contrast, this new in-depth study by Erik Hurst and Kazuatsu Shimizu of the U. of Chicago and Yona Rubinstein of the London School of Economics provides a fascinating framework for analyzing the past sixty years of trends among black and white male workers.

Hurst, who is associated with Chicago’s Becker Friedman Institute, is working in the vein founded by Gary Becker’s 1957 book The Economics of Discrimination, in which the Nobel laureate pointed out that, all else being equal, discrimination obviously would lower employers’ profits. So where there is discrimination, as there was in many businesses in 1957, it demands explanations.

One is “statistical discrimination”: Lacking the ability to distinguish between individual job applicants of potential vs. problem, employers might employ racial rules of thumb. (To reduce the utility of statistical discrimination, a rational society should thus encourage employers to use cognitive tests and facilitate the looking up of the criminal records of job applicants. Of course, our society is now strenuously doing the opposite.)

Another was “taste-based discrimination”: Bosses, other employees, or customers just didn’t like associating with blacks.

For example, ninety years ago Harlem department stores did not employ black sales personnel on the grounds that (their diminishing number of) white customers would be displeased by them. Then a 1934 “Buy-Where-You-Can-Work” boycott by black shoppers forced Blumstein’s on 125th Street to hire 35 black sales workers.

The authors cleverly measure the waning of dislike for blacks by first ranking jobs in terms of how strongly each emphasizes Contact, Abstract, Manual, and Routine tasks.

These were historically occupations where taste-based discrimination against blacks was often worst.

High Routine jobs include bank tellers, meter readers, and assembly-line workers and others whose main job is to not mess up.

(I’d add a fifth category: high Strong Back jobs, which have likely been in relative decline since John Henry vs. the steam drill.)

The authors argue that racial gaps in Contact work over time can be used to measure the extent of taste-based discrimination against blacks.

…there has been a large racial convergence in the Contact task content of jobs between 1960 and 2018. The large racial gap in the extent to which workers sort into jobs that require Contact tasks that existed in 1960 has almost disappeared by 2018.

The authors state that “there are almost no racial gaps in social skills,” which is debatable (social skills are harder to measure than IQ, and they mostly seem to be measuring extroversion) but not all that implausible. Therefore, they see the historic change from the sizable race disparity in human contact jobs in 1960 to practically nothing in 2018 as evidence for taste-based discrimination declining dramatically, just as much other evidence would suggest, such as the immense popularity of black sports and music stars and the increasing black predominance in television commercials.

They find that this kind of discrimination against blacks in non-servile Contact jobs was once higher in the South, but even there has seen large-scale convergence:

(In general, Wokeness seems to me, as a Californian, to be a covert South-centrist movement that assumes the South was always the hub of American history, even though it was a depressed backwater from 1865 until the later 20th century.)

One complication I’d point out is that into the 1960s, black men had often been employed in high Contact but servile jobs such as Pullman porters and golf caddies. Yet their modern equivalents are now seen as humiliating to black men.

For example, the famous opening scene of Mad Men reveals that in the bad old days of 1960 black men were sometimes employed as busboys. (Today, of course, compared with 1960, busboys are more often Latino men and black men are more often jobless, but nobody seems to much mind.) Why exactly being a sneaker salesman is more conducive to black male dignity than is being a waiter is a conundrum, but, I guess, tastes change.

And, as Charles Murray pointed out in Facing Reality, the cognitive-skills racial gap has narrowed somewhat since 1980, at least as measured on the federal NAEP school achievement tests.

On the other hand, cognitive gaps are still substantial. The authors report:

…the racial gap in cognitive skills is large and narrows over time (especially for working men), whereas the gaps in non-cognitive and social skills are relatively small and constant over time.

In other words, low-IQ black men have increasingly dropped out of the workforce, and are often in prison or on the street. On the other hand, those black men who do work these days are smarter than back in 1960 when practically all black men had jobs.

…the wage return to cognitive skills is higher for Black men than for White men with the same occupation and education.

Way back in the 1990s, I wrote an article for National Review about how our society is constantly trying, in the name of diversity, to lure black men into jobs, such as computer programming or architecture, that they don’t particularly like. I suggested that more black guys should instead use their people personalities to focus on sales. No doubt they’d worry about racial animus, I said, but it’s now the 1990s, the Michael Jordan Era! Americans now really like black guys.

As this study shows, my advice was pretty sensible. But in my optimism, I was overlooking the long-term trend toward computerizing salesmanship. Our economy in 2021 thus rewards the retail salesclerk relatively less and the Amazon coder more.

The authors sum up:

…we find that the stagnation in the racial wage gap post-1980 is a product of two offsetting forces. On the one hand, a narrowing of racial skill gaps and declining discrimination between 1980 and 2018 caused the racial wage gap to narrow by 8 percentage points during this period, all else equal. On the other hand, the changing returns to tasks since 1980—particularly the increasing return to Abstract tasks—widened the racial wage gap by about 7 percentage points during the same period. A rise in the return to Abstract tasks disadvantages Black workers because they are underrepresented in these tasks due to a combination of racial skill gaps and discrimination.

(The not-very-woke authors protect themselves by attributing lower-average black cognitive skills to discrimination.)

I would also add that feminism and immigration have hurt African-American men outside of Contact jobs. Women have flooded into Routine jobs, Hispanics into Manual jobs, and Asians into Abstract jobs.

This fundamental aspect of the Information Age isn’t likely to change. (Although, who knows? Maybe in the future, computers will only be coded by 160-IQ artificial intelligence wizards, and then their robots will do what 130-IQ coders do today.)

Hence the growing push to use politics to take, in the name of equity, your home equity.