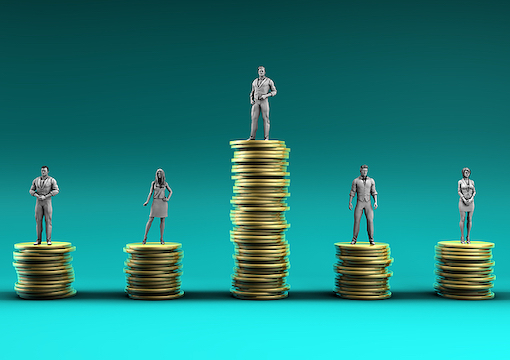 In January 2020, Murray published a long, scholarly book, Human Diversity: The Biology of Gender, Race, and Class, a meta-meta-analysis of the latest meta-analyses in the human sciences. It received virtually zero publicity.

Now he’s back with a more polemical, less daunting read about the essential factors influencing society: intelligence and violence.

The two realities that are fundamental to understanding the headlines of 2021 are that, on average, blacks and (to a lesser extent) Hispanics are more crime-prone and less smart than whites (much less Asians).

Lately, though, these facts seem inconceivable to most conformist Americans. Still, lying is bad for the soul. So is losing because you are too cowardly to tell the truth. Murray explains:

I am also aware of a paradox: I want America to return to the ideal of treating people as individuals, so I have to write a book that treats Americans as groups. But there’s no way around it. Those of us who want to defend the American creed have been unwilling to say openly that races have significant group differences. Since we have been unwilling to say that, we have been defenseless against claims that racism is to blame for unequal outcomes. What else could it be? We have been afraid to answer candidly.

In his section on IQ trends since The Bell Curve 27 years ago, Murray briefly notes the decline of the once-dominant centrists who assumed that any gaps between whites and blacks could be eliminated with whatever their favorite one weird trick was. In his 1984 book, Losing Ground, the libertarian Murray himself wrote:

I suggest that when we give such parents vouchers, we will observe substantial convergence of black and white test scores in a single generation.

But by The Bell Curve a decade later, Murray and coauthor Richard J. Herrnstein had concluded that IQ gaps were “intractable.”

More than a quarter of a century afterward, not much evidence has since emerged against that conclusion. Although Murray argues in Facing Reality that the white-black IQ difference might have fallen from over fifteen points in the past to just twelve points during the thirty years (he estimates from federal NAEP test scores over the last decade that on an IQ scale with the national average at 100, blacks average 91, Latinos 94, whites 103, and Asians 108), the narrowing seems to have stopped in the later 1980s. I’d add that, following the optimistic Cosby Show era of the mid-1980s, these years saw the rise of crack cocaine and gangsta rap, interrelated scourges that appear to have done long-lasting damage to African-American culture.

After The Bell Curve, the great and good made immense efforts to Close The Gap, if only to prove Murray wrong. For example, the No Child Left Behind Act of 2002, pushed by George W. Bush and Ted Kennedy, mandated the Lake Wobegonization of America: Every single public school student must score “proficient” by 2014.

Similarly, Bill Gates poured huge sums into, first, the “small learning communities” fad of the 2000s and then the “Common Core” whoop-de-do of the 2010s. Neither accomplished anything noticeable.

Today, after 55 years of vast spending to eliminate the race gap on tests, the optimistic centrist education reformers of the “All We Have To Do Is Implement My Favorite Panacea” school are finally out of fashion, leaving Ibram X. Kendi and Charles Murray as the last men standing. One or the other must be right: either Murray (blacks, unfortunately, have problems because they tend to be less smart and more violent) or Kendi (any disparities demonstrate that whites are evil and therefore must pay).

“Murray is one of the great public intellectuals of my lifetime, while Kendi barely broke 1000 on his SAT.”

To you or me, this might seem like an unfair fight: Murray is one of the great public intellectuals of my lifetime, while Kendi barely broke 1000 on his SAT.

But, The Establishment no longer really believes that race gaps can be reduced. Instead, the new conventional wisdom is Kendi’s: Tests must be abolished. This will make the problems caused by lower black intelligence go away for Underpants Gnomes reasons. As Murray explains:

The activists say that the tests are worthless—products of White privilege, designed to perpetuate White privilege. In their minds, they don’t need evidence of bias; the existence of lower mean scores for Africans and Latins is in itself irrefutable evidence of bias because everyone knows there are no race differences in intelligence. This is argued with all the passion and conviction that true believers bring to their evangelism. It does not reflect reality.

Despite its short length, Facing Reality uncovers some important data that I’ve never seen before. For example, as I’ve often complained, the well-known FBI crime statistics inextricably confuse white and Latino criminals so that it’s been best just to look at black vs. nonblack rates. For instance, blacks were 8.2 times as likely as nonblacks to be known murder offenders in the federal 2019 stats, but we can’t figure out from the FBI numbers the black-to-white ratio that everybody is most interested in.

Murray, however, has uncovered newly available arrest statistics from the Open Data Initiative by race (with Hispanics usually broken out) and type of crime for thirteen cities, including New York, Los Angeles, Chicago, and Washington, D.C.

For property crime, Murray finds, Latinos were arrested 1.5 times as often as whites, a modest difference especially considering the disparity in average age. My vague impression going back to the 1970s in the San Fernando Valley (a surprising number of my memories from that decade involve my long search for an uncuttable bicycle lock) is that Mexicans used to have a worse thievery problem than they do now.

Perhaps Mexicans have evolved cultural norms over time against burglary because so many are now employed working in homes and yards and they don’t want to tarnish their people’s reputation for being trustworthy enough to let onto your property?

If so, good for them.

Groups can sometimes change for the better, if they want to enough.

But nobody anymore asks blacks to do better.

Blacks in these thirteen cities were arrested for property offenses five times as often per capita as whites.

Are cops just racistly arresting blacks for ticky-tack property offenses like, say, taking an extra newspaper from the rack?

One way to get a clue about this is to look at more serious incidents, such as violent crimes. Does the racial gap in arrests lessen as the crimes get more serious?

How about murder, the most diligently investigated of all crimes?

Could this extraordinary ratio be due to police bias? Hardly. The cops arresting an innocent black man for a murder actually committed by an evil white sounds to reporters like a Pulitzer Prize-winning story and a seven-figure deal for the movie rights.

The Hispanic murder rate is atrocious, but, despite roughly equal levels of poverty, the black murder rate is still four times worse. It seems reasonable to me to ask blacks to cut their murder rate by 75 percent, down to the Latino level. Yet, apparently, nobody else does. Instead, The Establishment has taken to apologizing to blacks for their not being above the law.

Keep in mind that the actual black-to-white murder ratio is likely somewhat worse than 20 to 1 because blacks have more of a culture of “snitches get stitches,” and thus in the black parts of town a lower percentage of murders are cleared by the cops.

In conclusion, like all of Murray’s works, this book is a thing of beauty, with superb graphs and text layout.

Whether Facing Reality will inspire a desperately needed national conversation on the reality of racial differences, or whether it will be deep-sixed like Human Diversity, remains to be seen.

But Murray has given it his best shot.