Just Knock It Off 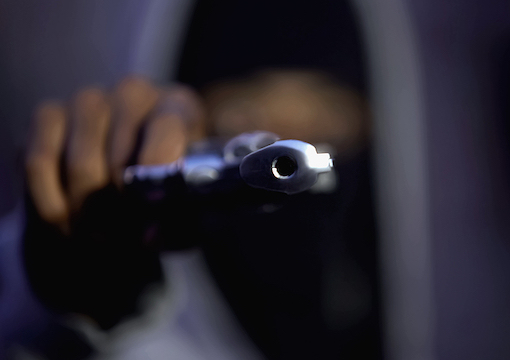 This week the mainstream media finally grudgingly admitted the possibility of what I’ve been hollering for three months: that their declaration of a “racial reckoning” has unleashed destruction and mayhem across America.

While most of the press’ attention is focused on a handful of whites shooting other whites over politics, the statistically much bigger phenomenon all summer has been the Black Lives Matter-inspired rise in black-on-black shootings.

For example, the number of shooting victims in New York City so far this year is up 95 percent over 2019. While the press is now harping on supposed right-wing violence, there probably aren’t a lot of violent Trumpists in the Bronx.

What about elsewhere? National crime data trickles in slowly, but one useful source is the Wikipedia page on mass shootings (defined as incidents in which four or more people were struck by bullets, but not necessarily killed).

Fortunately, these huge increases in total number of people shot may not translate into equally immense increases in murders, because 2020’s shooters don’t seem as efficient at killing people. Fewer people appear to be dying per person shot this year. For example, murders are up only 35 percent in New York City due to a decline in marksmanship among Gotham’s would-be assassins.

This suggests that a large fraction of the Summer of George’s incremental shootings are by blacks, who historically have had the lowest ratio of kills to wounded. (Contrary to what you might assume from watching rap videos, holding your gun sideways doesn’t actually help you shoot straight.)

Although the national press has promoted the idea that almost all mass shootings are carried out by white male terrorists with rifles in schools or churches, those are rare, although horrifically lethal when they do happen.

“Stop thinking you need to kill a guy for dissing you.”

That’s because the prototypical white mass shooting is carried out by a lone gunman bent on suicide or life in prison who sticks around to finish off the wounded because he has made up his mind he’s not going home ever. These leave more dead, fewer wounded.

In contrast to suicidal white mass shootings, black shootings tend toward the homicidal: Several handgun-armed young men shoot up a picnic or block party intending to kill somebody in the crowd with whom they are angry. And then they run off, figuring if they lie low at their grandma’s house for a few days, it’ll all blow over. Many of those shot are merely bystanders, whom the shooters don’t bother to hunt down because they didn’t have much in the way of hard feelings toward them in the first place. They just happened to be, as they so often say, in the wrong place at the wrong time.

These kinds of mass shootings cause fewer dead but more wounded.

(The third kind of mass shooting, which few talk about, is domestic murder-suicides.)

The more you read up on black-on-black shootings, the more pointless and stupid they seem. Which in a way is good news. These aren’t inevitable tragedies that are fated by the inexorable laws of the universe. They’re just dumb decisions made by people who haven’t been taught by society just how ridiculous their values and behavior are.

There’s a win-win solution out there that nobody is talking about: Blacks could improve the attitudes of others toward them by rectifying their actions. The wise social scientist James Q. Wilson summed up a lifetime of studying crime in 2002:

A central problem—perhaps the central problem—in improving the relationship between white and black Americans is the difference in racial crime rates…. Black men commit murders at a rate about eight times greater than that for white men.

Hence, the single most effective way to improve America’s race problem would be for blacks to stop killing people so much.

For instance, do you want cops to be gentler with blacks? Do you want more integration of neighborhoods? Then give the police and neighbors less good reason to fear blacks’ violent impulsiveness.

How can America encourage African-Americans to be more law-abiding?

The second step is to tell the truth about black crime.

The third step is for government, media, and institutions to encourage blacks to reform.

In 2018, blacks were per capita 7.9 times more likely to be murder offenders than the rest of the U.S. population, which includes 60 million Hispanics.

That is a ridiculous ratio.

I’m sorry, but it is time to stop excusing away the absurdly high rate of black criminality as an inevitable outcome of poverty or systemic racism or whatever and start asking blacks to just knock it off.

At present, contrary to most assumptions, black men are much more criminally inclined than white men at all levels of income. Harvard economist Raj Chetty discovered that black men who grew up in families in the 99th percentile of income for the whole population (not the black population, but the fabled One Percent overall) were as likely to be imprisoned as white men who grew up at only the 34th percentile.

That ought to be embarrassing for blacks, but The New York Times headlined Chetty’s findings as:

Mexican-Americans are about as poor as African-Americans, but their murder rate is notably lower. It’s hard to get reliable figures on Latino crime rates because many American police departments still don’t break out Hispanics as a separate category from whites; but, whatever it is, it clearly is only a fraction of the black rate.

Is it unreasonable to call on African-Americans to lower their murder rate to the Mexican-American level?

Or are blacks just genetically fated to have a vastly higher murder rate?

Maybe, but cultures have reformed themselves over time, especially if assisted by carrots and sticks from the outside. For instance, the Chinese-American murder rate is minuscule today, but was the highest in San Francisco during the 19th-century Tong Wars.

Note that the murder rate today is extremely high in El Salvador, Honduras, and Guatemala, quite high in Mexico (higher than among Mexican-Americans), and not all that terrible in Costa Rica and Nicaragua. It appears that Latin Americans tend to react to historical circumstances, such as the perceived legitimacy of the government and the shift of cocaine trafficking away from Colombia in the 1990s.

But a large fraction of American black-on-black killings aren’t due to wars between international cartels over vast profits, but are instead over petty disputes. The Los Angeles Times’ homicide reporter Jill Leovy recounted in her 2015 book Ghettoside that in South Central:

Debts and competition over goods and women—especially women—drove many killings. But insults, snitching, drunken antics, and the classic “unwanted party guests” also were common homicide motives.

My guess is that there are some low-hanging fruit in contemporary African-American culture—absurdly dysfunctional tendencies—that should and could be made taboo.

For example, there should be a cultural proscription on the disgraceful practice of shooting up funerals and other memorial services. Self-respecting criminals should be ashamed to do that. For example, on Aug. 22 Harry Siegel of the New York Daily News reported:

If this chain of memorial murders were a virus, it would have an R naught of 1.0.

Mayors and governors could help blunt the current spike in black-on-black carnage by announcing that the bans on large gatherings due to the pandemic apply to black funerals, too.

In the long run, we could have laws preventing males between, say, 13 and 35 from attending memorial services for murdered gang members. (Would it hurt to get the message across to young knuckleheads that their funerals will be inglorious?)

From not shooting up funerals, we could then move on, in baby steps, to establishing a new norm that it is disgusting to shoot at somebody in a crowd rather than to wait until he’s alone.

And, eventually… Stop thinking you need to kill a guy for dissing you. You feel mad at the moment, but in the long run, you will be okay. In contrast, your committing murder brings shame on your race.

Instead, however, our society has been pushing in the opposite direction, promoting in blacks an ever-growing sense of megalomania and impunity.

How’s that working out for us?