The Social Construction of Black Self-Destruction 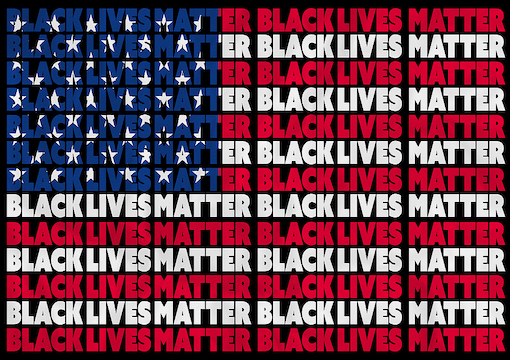 Egged on by Joe Biden and Wisconsin governor Tony Evers, a mob of Black Lives Matter rioters has been burning down Kenosha, Wis. They are angry over the latest police shooting of yet another black criminal who assumed he is racially entitled to resist arrest.

The new Zeroth Amendment to the Constitution reads “No Black man must submit to being arrested if He’s really not in the mood to be arrested.”

(The old Zeroth Amendment—“Everybody on Earth has the right to immigrate to America and Americans aren’t allowed to object”—was demoted to the Negative First Amendment about the time in June it was decided that blacks are now Blacks.)

As the Milwaukee Journal-Sentinel reported:

Police arrived and wanted to talk with [Jacob] Blake, but he wasn’t interested and started putting his kids in the car to leave, the neighbor said.

One of the matters the cops may have wished to speak to Blake about was his open warrant for felony sexual assault. But in 2020, if he’s not interested, a Black man doesn’t have to discuss his warrant with nobody.

So, Blake fell to brawling with the police. Eventually he was tased, but without apparent effect. When he got up, a policeman pointed his gun at the 29-year-old security guard to encourage him to desist. But instead of complying, he strode around to the driver’s side of his vehicle, as the police shouted to him to “Drop the knife!” He opened the door and reached in, at which point the cop grabbing his shirt shot him seven times. (Remarkably, he isn’t dead, so far.)

Whether Blake really had a knife in his hand (the video is fuzzy) or a gun inside his car, or was just trying to make his getaway, is not known at this time.

Five years earlier, Blake had been involved in a similar resisting-arrest incident in which, after pulling a gun in a bar dispute, he was pulled over and charged the police. Back then, it turned out that he did have a gun in his SUV.

“The media’s attitude at present is obviously: If it’s not good for the Biden campaign, it’s not news.”

Fortunately, the police in 2015 brought along Dozer, Racine’s most celebrated police dog, who sent Blake to the hospital with a bite wound.

Perhaps we will wind up delegating the policing of black men to other species, since they aren’t so susceptible to wokeness.

While we do not have all of the details yet, what we know for certain is that he is not the first Black man or person to have been shot or injured or mercilessly killed at the hands of individuals in law enforcement in our state or our country.

The governor didn’t say one word against rioting.

Not surprisingly that night, bored young people invigorated by authority figures like the governor poured into Kenosha’s streets and burned much of the business district.

The next day, Joe Biden issued the following irresponsible statement, making no attempt to calm the situation and prevent additional rioting, not even in the interest of deterring the spread of COVID:

Yesterday in Kenosha, Wisconsin, Jacob Blake was shot seven times in the back as police attempted to restrain him from getting into his car. His children watched from inside the car and bystanders watched in disbelief. And this morning, the nation wakes up yet again with grief and outrage that yet another Black American is a victim of excessive force. This calls for an immediate, full and transparent investigation and the officers must be held accountable.

These shots pierce the soul of our nation. Jill and I pray for Jacob’s recovery and for his children.

Equal justice has not been real for Black Americans and so many others. We are at an inflection point. We must dismantle systemic racism.

It is the urgent task before us. We must fight to honor the ideals laid in the original American promise, which we are yet to attain: that all men and women are created equal, but more importantly that they must be treated equally.

In the Democratic/media bubble, the endemic rioting since Memorial Day is unmentionable. It’s all just Peaceful Protesting that occasionally “intensifies.”

Then Monday night, following Biden’s reinforcement, the mob was back torching buildings, this time with perhaps more of a white Antifa cast. From the Racine County Eye:

For the second night in a row, rioters took over the city by burning buildings, vandalizing businesses, and looting stores.

KENOSHA, WI—Following the police shooting of Jacob Blake Sunday, the rioting and looting continued. Rioters set numerous buildings on fire, including the probation office, a furniture store, an apartment building, car lots, and a Family Dollar. People looted a Walgreen’s store, stole an ATM, blocked traffic, and stole gasoline from a nearby gas station to start fires.

Is much of this destruction being shown on television? I seldom watch national news on TV, but instead search out information that I find significant on the Web, so I have been surprised by how oblivious many less curious people seem to be about the pillaging of our cities this summer. The media’s attitude at present is obviously: If it’s not good for the Biden campaign, it’s not news.

But does Biden himself even know what’s going on outside his basement?

Why do too many blacks seem to assume that rule of law does not apply to them, that they don’t have to be arrested if they don’t want to be arrested, or that they can start shooting wildly at a barbecue or funeral if they feel a grudge against one person somewhere in the crowd?

As I pointed out in my last column summarizing federal crime statistics, the simplest explanation for why blacks get in trouble with the police so much is because on average they commit such an extraordinary amount of crime, especially murder.

According to the FBI, blacks, who make up 13.4 percent of the general population, comprised 54.9 percent of known murder offenders in 2018, an astonishing 7.9 times the nonblack rate.

(Strikingly, although the best justification for a police shooting is to prevent a murder, blacks made up only 26.4 percent of those killed by the police over the past half decade. Our society is not much interested in asking: When nonblacks perpetrate only 45 percent of murders, why are nonblacks almost 74 percent of the victims of police killings? Why are cops killing nonblacks at a clip so much higher than their homicide rate? Do Nonblack Lives Matter?)

Clearly, in the heat of the moment, too many blacks make really awful decisions with dire long-term consequences. For example, too many black guys tend to come up with the following plan when cops try to arrest them: I’ll just resist, if necessary fight the cops, maybe shoot them, and then speed off. I mean, what’s the worst that could happen? That strategy works in Grand Theft Auto, doesn’t it? If I just lie low, the cops will forget about it, right?

Why do blacks tend to be worse decision-makers than other races when it comes to crime and violence?

Genes likely play some role in the jaw-dropping difference in murder rates in the U.S. between blacks and nonblacks. For instance, nobody has yet come up with a plausible nonbiological explanation for some of the more spectacular racial gaps seen in sports. For example, NFL cornerbacks need to be able to react quickly and violently, and there hasn’t been a nonblack starting cornerback since 2004.

Foucault had a decent point: A lot of the attitudes in people’s heads are the result of powerful people planting them there. Although we are constantly lectured on how blacks were discouraged in the distant past, our culture since the 1960s has encouraged too many blacks to believe that they are above the law and entitled to resist arrest.

We should deconstruct those assumptions.

The least we can do for our black fellow citizens is not to embolden their self-destructive stupidity, the way Democratic politicians are egging them on (and Republican politicians have been too cowardly to demur). Will anybody dare inform blacks that they are the architects of their own troubles, and that the most effective way to deal with negative stereotypes about them is to stop committing so many murders?