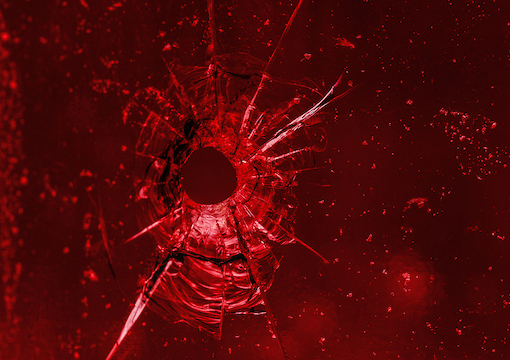 Why do blacks get hassled by the police so much? The Occam’s Razor explanation is the one you are never supposed to mention in public: because on average African-Americans commit so disproportionately many crimes, especially murders.

I will therefore summarize some important crime statistics from federal government documents.

The most striking fact is that blacks, who have typically made up about one-eighth of the population, have comprised the majority of the country’s homicide offenders over the past four decades.

The FBI states that among 2018 murderers:

When the race of the offender was known, 54.9 percent were Black or African American….

That’s up slightly from the average during the past decade. I calculate from the FBI’s Uniform Crime Reporting publications that blacks made up 53.3 percent of murder and nonnegligent manslaughter offenders over the decade 2009–2018.

The FBI’s Uniform Crime Reporting system is based on police-department submissions from around the country. It is by no means perfect, but police departments at least have to take murders fairly seriously, unlike many other crimes.

The decades before weren’t all that different either: In 2011, the Obama administration’s Bureau of Justice Statistics released a report stating that blacks were 52.5 percent of homicide offenders during the 29 years from 1980 to 2008.

And a government study from 1967 says that nonwhites (over 90 percent of them black back then) made up 10.5 percent of the population in 1950 but 55.5 percent of the murder victims (not offenders, but most murders are intraracial). By 1960, nonwhites were 11.4 percent of Americans, but now represented only 52.9 of deaths by violence, reflecting the moderate progress blacks made during the 1950s.

Sadly, that uptick represented the quiet beginning of the huge increase in black murder rates that followed the triumphs of the civil rights movement.

Naturally, everybody secretly wants to know the size of the gap between blacks and non-Hispanic whites. Frustratingly, crime statistics still don’t handle Hispanics well, with about 30 percent of jurisdictions not breaking out Hispanics from whites in their reports. Hence, in 2018, almost one-third of identified homicide offenders did not have an ethnicity (Hispanic or non-Hispanic) specified.

So, the simplest work-around is simply to compare blacks to all nonblacks. If blacks make up 13.4 percent of the population at present, then they were 7.9 times more likely to be homicide offenders than nonblacks on a per capita basis in 2018 and 7.4 times more in the decade of 2009–2018.

Incredibly, among known killers in 2018, the ratio of blacks to nonblacks (7.9 times greater) was bigger than the ratio of males to females (7.1 times).

Perhaps the decline in the ratio of male to female killers from about nine to one traditionally to seven to one recently might be due to the transgender craze, with more male felons now claiming to be female in the hopes of getting sent to the women’s prison?

With crime roaring back this summer, it’s worth pointing out that the Bureau of Justice Statistics numbers show that there really was a Ferguson Effect during the first Black Lives Matter era in the last two years of the Obama presidency:

That was by far the biggest two-year growth in murders since at least 1980, dwarfing even the notorious crack wars around 1990.

Fortunately, the number of homicides appears to have fallen about 11 percent during the first two and a half years of the Trump presidency. (We only have preliminary data for the first half of 2019; the FBI normally would release the results for all of 2019 in late September of 2020, yet who knows what will happen this year…)

But we’ve probably lost all that progress and more since the Establishment decided to encourage rioters to run amok after Floyd’s death on Memorial Day.

Also, unsurprisingly, the first round of Black Lives Matter killed a disproportionate number of blacks:

How many more blacks will be murdered due to the latest Black Lives Matter agitation? Judging by the quantity and sheer exuberance of black-on-black mass shootings this summer, such as 22 people being shot at a single Washington, D.C., block party over the weekend, the current resurrection of BLM will likely put thousands of extra blacks in their graves before it is finally (if ever) put down.

Although the press has managed to convince a seemingly large fraction of its more gullible readers that the greater danger is being murdered by white men with rifles, handguns were used in 91.5 percent of homicides in which a type of gun was identified, rifles in only 4.3 percent of killings, and shotguns in 4.2 percent. But the rifle is a stereotypically white weapon, while a pistol is a black weapon (because it can be easily concealed), so most gun-control energy among white liberals is now devoted to cracking down on rifles despite the statistical pointlessness of the effort.

Arrest data paint a similar picture to the UCR. The FBI states that 53.3 percent of arrests for murder in 2018 were of African-Americans.

Imprisonment statistics are comparable. We constantly are lectured that blacks are being thrown in prison in vast numbers on mere drug charges, but in 2018 only 3.2% of blacks in state penitentiaries were in for possession versus 17.0% of black inmates who were there for murder. Blacks in prison for killings numbered 69,500 compared with 42,100 non-Hispanic whites, while blacks in for drug possession were only 13,200 in contrast to 17,800 whites.

The theory of intersectionality predicts that black women are treated worse than black men, but it doesn’t work that way when it comes to imprisonment. According to the Justice Department:

Imprisonment of blacks has been declining as the huge number of blacks who committed violent crimes during the crack wars of three decades ago are being released:

But as whites deteriorate during the White Death, they are winding up in jail more often:

Whites, with all their White Privilege, are lately in jail slightly more often than Hispanics and 7.2 times as often as Asians.

Are blacks hugely underrepresented among police officers? Not really. Blacks were 11.6 percent of local police officers in 1997 and 11.4 percent in 2016, which is just shy of their share of the national population.

On the other hand, that’s much less than the black share of criminals.