The End of Gentrification 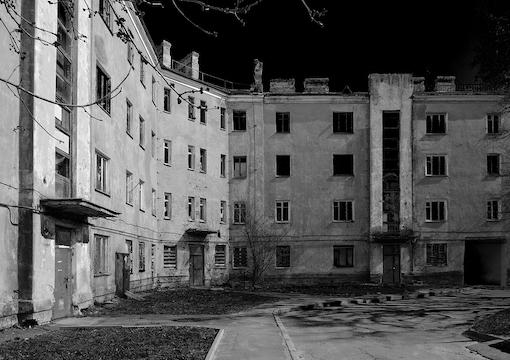 What happens to America’s big blue cities when The Establishment switches sides from the cops to the blacks? Our elites appear intent on trying that experiment once again, although we have been through a couple of highly relevant historical examples that they ought to recall first.

Because blacks, despite making up only about one-eighth of the population, have accounted for the majority of homicide offenders in recent decades, overall long-term murder rates tend to be driven by the authorities’ attitudes toward African-Americans: indulgent or hardheaded?

Thus, the first Black Lives Matter era (2014–2016) saw the total number of homicides in the U.S. grow a record-setting 23 percent in two years. Moreover, the most spectacular exacerbations of homicide rates happened precisely where BLM won its most famous political victories over the police, such as St. Louis, Baltimore, Chicago, and Milwaukee. By this point, Black Lives Matter has gotten more incremental blacks murdered than all the lynchings in American history.

This “Ferguson Effect,” named after the celebrated August 2014 riots, was repeatedly denied by the media, until the evidence became overwhelming, at which point they stopped talking about it.

Voters at the national level didn’t allow the White House to continue to worsen homicide. Murders fell 7 percent from 2016 to 2018 under Trump.

And the earlier period in which the influential sided with blacks over cops, from the end of the Kennedy Era to the end of the Carter Era, saw the murder rate double nationally, destroying many American cities.

“By this point, Black Lives Matter has gotten more incremental blacks murdered than all the lynchings in American history.”

Lindsay, a handsome WASP, had sided with blacks against the city’s Irish policemen and Jewish school administrators.

As usual, the cops responded by slowing down on the job: the retreat to the doughnut shop. By one estimate, NYPD cops got down to doing about two hours of policing per eight-hour shift. After all, you can’t violate anybody’s civil rights while eating.

White residents fled many neighborhoods, such as the once-tranquil Bronx (where Ogden Nash had complained in 1930 about the lack of excitement with the couplet “The Bronx?/No, thonks!”), which saw reported burglaries increase by 1,559 percent from 1960 to 1969. In turn, the white population of the Bronx fell nearly 50 percent between the 1970 and 1980 Censuses.

Today, the media portrays those whites who fled as the Bad Guys, far worse than the criminals who preyed on them: The whites were guilty of the racial felony of abandoning blacks and Puerto Ricans to the ravages of segregation. In the past, however, media coverage was less hateful and bigoted in part because journalists were often related to former outer-borough whites. But today fewer and fewer dare speak up about what really happened to white residents of the cities after the Civil Rights Era unleashed liberalism on them.

Due to the crack wars, homicides peaked under New York’s only black mayor, David Dinkins, at 2,245 in 1990. Then murders suddenly fell under Republican Rudy Giuliani from 1,946 in Dinkins’ last year to 649 in Giuliani’s finale. It is said that Giuliani managed to get the NYPD to put in four hours of real work per shift.

Moreover, to the surprise of everybody, murders in New York City continued to steadily decline under subsequent mayors Michael Bloomberg and Bill de Blasio, although briefly blipping upward in late 2014/early 2015 while BLM was riding high in NYC. But then the NYPD more or less mutinied against the mayor; he backed down and murder once again started to fall.

Killings bottomed out in 2018 at 289, the lowest number since 1951, back when Joe DiMaggio played for the Yankees.

This incredible 87 percent decline in the number of killings is one of the great urban success stories in American history. It contributed to an enormous increase in property values. Although the Bronx has never recovered, most of Manhattan and then much of Brooklyn was gentrified.

Not surprisingly, this also engendered intense resentment, especially among blacks who feel entitled to live in some of the highest potential real estate in America. While it is polite to claim in public that whites unfairly wound up with all the Magic Dirt in the exurbs while blacks were forced to live on the Tragic Dirt conveniently close to downtown, the truth is that postwar black neighborhoods tended to be located desirably near jobs, airports, parks, and other amenities.

Rule of law would tend to lead to lower-income blacks being pushed out to the fringes of the big cities due to the workings of the real estate market. So black communities have tended to forestall that through the expedients of crime and riot, which made black neighborhoods less desirable, and instead caused whites to subject themselves to long commutes.

Much about recent American history doesn’t make any sense unless viewed from this perspective: Blacks live on much of the best real estate and they want to keep it, by hook or by crook.

The current riots have done much to fortify black control of their neighborhoods. It’s probably not a coincidence that the current endemic riots broke out not in a decaying Rust Belt town, but in Minneapolis, which has been the most prosperous city in the Midwest over the past decade.

The struggle to transfer blacks off valuable real estate has therefore been byzantine. For instance, the Obama Administration more or less originated in an elaborate effort by rich white real estate developers in Chicago, such as Secretary of Commerce Penny Pritzker, to find black front people such as Valerie Jarrett and Barack and Michelle Obama to allow the housing projects near the Loop to be torn down.

The problem for the Democrats is that while their votes depend upon turning out blacks, especially via their long-term stratagems to get black felons re-enfranchised and their votes harvested, the Democrats’ money and brainpower depends upon metropolitan white property owners who don’t benefit from looting.

The Democrats do well with metropolitan whites who aren’t needing to flee for their lives. But safe streets depend upon arresting numerous black thugs, which is now out of fashion. It’s a difficult conundrum for Democrats.

Therefore, we are likely to see an increased Democratic effort to revive the Obama Administration’s Trump-canceled Affirmatively Furthering Fair Housing scheme and other ploys to transfer ghetto blacks out of the cities to exurbs and small cities. This will be framed as not just good for the blacks, but bad for the small-town whites, who deserve it.

All this raises the question of why African-Americans are so astonishingly homicidal: The Obama Administration reported that blacks are 7.6 times as likely as whites to be homicide offenders, while a Penn State reanalysis came up with 11.7 times worse.

The explanation is likely, as with most complex phenomena, some combination of nature and nurture.

At least for now.