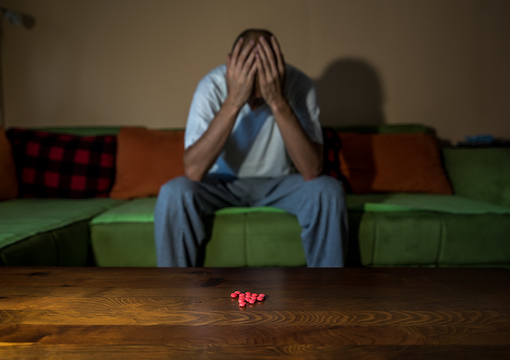 In 2017, 158,000 Americans died from what we call deaths of despair: suicide, overdoses, and alcoholic liver disease and cirrhosis. This is the equivalent of three full 737 MAXs falling out of the sky every day, with no survivors.

The new book Deaths of Despair: And the Future of Capitalism by economists Anne Case and Angus Deaton attempts to explain their important discovery—the declining lifespans of working-class white Americans since the turn of the century—by way of a strained analogy with the social chaos that African-Americans unleashed upon themselves as soon as the civil rights struggle was won for them in the 1960s:

What happened to inner-city African Americans after midcentury is, we shall argue, a foreshadowing of our account of whites in the 21st century….

But the more I study the White Death of the past two decades, the more I am instead reminded of the tragic trajectory of a now much less publicized American race, Native Americans. Like American Indians, working-class white Americans seem to be living, and dying, like a defeated people, quietly offing themselves with so little to-do that nobody even noticed what was happening to working-class white lifespans for the first fifteen years of this century.

Indians used to be admired by whites for having put up a strong fight for over 250 years, in contrast to blacks, who were relatively easy to dominate. But in this century, whites have lost interest in Indians, who also seem to have lost interest in themselves as the other Indians have come to play a much larger role in American life.

Human beings have always concocted rationalizations for why they deserve privilege. For most of history, a common explanation of why you should be privileged was that your ancestors were warriors and conquerors who had defeated their foes.

In 21st-century America, however, the new fashion for asserting your claim to privilege is that you come from a long line of victims and losers. By intention, this leaves white Americans, the descendants of the men who won The Big One and went to the Moon, psychically dispossessed in their own native land.

Another obvious analog to the White Death in America is how Russian men drank themselves into an early grave during their defeat in the Cold War. Case and Deaton note in passing that life expectancy for Russian males declined by 7.3 years between 1987 and 1994. But since 2005, Russian life expectancy has rebounded.

As the US suffers from its epidemic of deaths, Russia appears to have overcome its own.

It’s worth remembering that the main reason the media paid attention to Case and Deaton’s paper in November 2015 demonstrating that white lifespans had been falling since the end of the 1990s was because Deaton had won the (quasi) Nobel Prize for economics just the month before. This horrible trend had been happening for fifteen years with virtually no news coverage. As Case and Deaton explain, they were shocked to discover in 2014 the life-shortening trends besetting whites.

“As White Privilege became a preoccupation of the press, whites increasingly shot themselves, or drank themselves to death, or overdosed on synthetic or natural opioids.”

Back in 2014–2015, the mainstream media were instead obsessed with proving that the police were racistly gunning down blacks in vastly larger numbers than their propensity toward violence would warrant. In truth, though, blacks only comprise about 30% of all victims of police shootings, while committing 57% of gun homicides. That’s not, by the way, because cops particularly want to kill more whites than blacks. It appears to be mostly because suicide-by-cop is much more of a white thing than a black thing.

In contrast to whites these days, African-Americans in the late 1960s, when they started to overdose and murder each other in ever larger numbers, were a triumphant race, celebrated all over the world for their soul. The black murder rate accelerated in 1964, the year of the landmark Civil Rights Act, and grew higher into the mid-1970s, then peaked during the gangsta-rap/crack era of the early 1990s, then soared again during the Great Awokening in the two years after Ferguson. In other words, blacks seem to shoot each other the most precisely when they are encouraged by whites to feel best about themselves.

The obvious difference between what happened to whites in the early 21st century and what blacks did in the last 35 years of the 20th century is that whites grew more suicidal while blacks grew more homicidal.

Case and Deaton admit that their conceit that whites are following the path of inner-city blacks can’t explain why suicide rates for blacks are so much lower than for whites (not to mention American Indians):

But in deaths from suicide, the parallel breaks down. African Americans are much less likely to kill themselves than are white Americans; their suicide rates in midlife have changed little in the past fifty years and are currently about a quarter of those for whites.

From the 1960s onward, it became increasingly unfashionable to criticize blacks, but trendy to criticize whites. Not surprisingly, blacks reacted to this new dispensation with increasing exuberance, while whites became more depressed and withdrawn. As black egos expanded after their civil rights victories, they increasingly shot each other in knuckleheaded beefs. Meanwhile, as White Privilege became a preoccupation of the press, whites increasingly shot themselves, or drank themselves to death, or overdosed on synthetic or natural opioids.

In Case and Deaton’s view the White Death, which got rolling after the Sackler family’s Purdue Pharma introduced OxyContin in the mid-1990s, symbolizes the failures of Milken Era capitalism that let down the white American working class:

Our main argument in this book is that the deaths of despair reflect a long-term and slowly unfolding loss of a way of life for the white, less educated, working class.

Curiously, however, they insist that immigration can’t possibly be considered even one of the causes for the declining prosperity of white Americans without college degrees since the 1970s. Although they repeatedly allude to the golden age of the American working class during the low-immigration 1945–1973 era, they refuse to admit that there might have been a causal link from the low supply of workers to the high price of labor.

And yet, in the central story line of the White Death, opioids, immigration plays a major role. As reporter Sam Quinones documented in his book Dreamland, as American authorities started to rein in OxyContin prescriptions, addicts switched to Mexican black tar heroin peddled by Mexican dealers seeded by the cartels throughout the American heartland.

Then, the Mexican cartels switched to buying the chemical precursors of ultra-potent fentanyl from Wuhan, China. The fentanyl smuggling business went gangbusters until 2020, when the coronavirus locked down Wuhan and the Trump Administration finally cracked down on travel across the Mexican border.

In Case and Deaton’s book, though, they start their discussion of why immigration hasn’t hurt native workers by asserting their Intersectional Pokémon Points:

One of us is a first-generation immigrant.

That would be Edinburgh-born Angus Deaton, or as the Princeton U. website refers to him, “Professor Sir Angus Deaton.” Wikipedia explains:

Like the man said, he is a “a first-generation immigrant.”

The book goes on to explain that Sir Angus’ wife, Anne Case, Professor of Economics at Princeton,

…was born in America, but her ancestors came from Ireland to northeastern Pennsylvania in the middle of the nineteenth century, and her family remains influenced by their national and religious heritage.

So don’t think of Professor Case as just a plain white American: The Cases have only been here for 170 years!

The two economists go on to explain that while it might seem like the law of supply and demand suggests that a certain amount of immigration is bad for native workers’ wages, that is only in the short run. In the long run, the economy could adjust to a short burst of immigration. But then it briefly occurs to them that advocates of immigration, such as themselves, don’t want immigration to ever stop, which defeats their logic about immigration not being so bad in the long run:

Yet if each wave is followed by another wave, the economy may never get the chance to fully adjust, and the wages of the less educated could be permanently lower, at least until the immigration stops.

But at that point, Case and Deaton’s crimestop kicks in and they stop pondering the implications of their own runaway train of thought.

Deaths of Despair isn’t a bad book, but it’s constantly derailed by political correctness keeping them from pursuing their own interesting ideas. For example, why do blacks have shorter life expectancies in America than whites?

For African Americans, there is widespread agreement that the worse outcomes, like so many other important outcomes, are tied to long-standing discrimination, as well as to poorer access to high-quality medical care. The superior longevity of Hispanics over non-Hispanic whites has been much researched but not fully explained. It is worth noting that other groups, such as Asian Americans, do better still, better than either Hispanics or whites.

That would seem pretty interesting, but Case and Deaton then largely drop other races besides white and black at that point. “We do not try to tell a coherent story for [Hispanics],” they admit.

They never return to trying to learn anything from the quite different life-expectancy trends of the five main races in the U.S. My impression is that the developments are:

I don’t know what all this means, but surely five data points are more useful than restricting yourself to just two? After all, you’ve already won a Nobel Prize: How much do you still have to fear from the enemies of science?