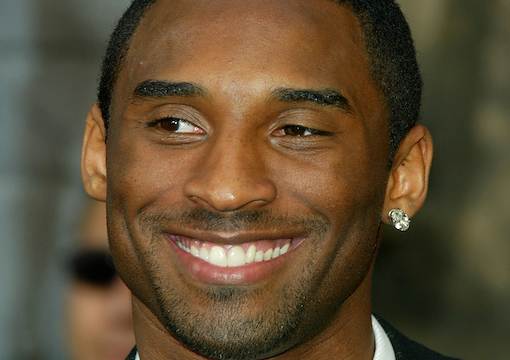 Like everyone who was alive back on Nov. 22, 1963, I remember exactly where I was and what I was doing when news of the president’s assassination flashed through. (I was coming out of New York’s 21 Club after lunch.) JFK was not only one of the youngest-ever presidents, he was also probably the best-looking, and, of course, the first Catholic in the White House. He was truly mourned by his fellow Americans, and in fact the world over, with men and women openly crying at his state funeral, especially when his widow had his 3-year-old son salute as the horse with the inverted boots went by.

Fifty-seven years later, the mourning over another star has reached almost Kennedy-like levels; at least it seems so, if one looks at the manner in which the mainstream media has reacted to Kobe Bryant’s accidental death. Time magazine put Kobe on its cover, something the weekly failed to do when the highest-decorated soldier of World War II, Audie Murphy, was accidentally killed in an air crash, nor when the undefeated and untied ex–heavyweight boxing champion, Rocky Marciano, died while landing in a small private airplane.

Murphy became a very popular film actor specializing in Westerns, Hollywood having pursued him after his best-selling book To Hell and Back was published. Audie Murphy had no scandals attached to him, and never went Hollywood. Nor did Rocky, who fought 49 challengers, knocked them all out, and never once insulted an opponent. But the press and media quickly forgot them. Loudmouth braggarts like Muhammad Ali soon became media darling No. 1, and the more he insulted opponents, the more the media fawned over him.

Kobe Bryant was no loudmouth. In fact, his posthumous deification was as much due to his good off-the-court behavior as it was to his basketball heroics. Black American professional athletes, and I include college players on this list, cannot exactly be compared to the Chariots of Fire-type athletes of yesterday. The majority are ghetto kids, and many come from broken homes or have been brought up by single mothers.

Kobe, of course, was an exception to the rule of professional black multimillionaire athletes for having raised a large family with his one and only wife. And he was lucky he was black, for if he were white he would have had the book thrown at him back in 2003 for raping a 19-year-old white girl. The sexual-assault charge brought against Kobe by the victim was dropped after she chose not to testify but to settle out of court. In legal-speak his big-time Los Angeles lawyers sent to Colorado by the Lakers announced that he wrongly believed at the time that it was consensual.

Now, I’m the first to agree that in almost every culture, posthumous praise immediately after a person’s death is the norm. But as Voltaire said, “We owe respect to the living; to the dead, we owe only the truth.” Just imagine what settling a rape case and partly admitting fault would have done to the career of a white athlete, no less a conservative, Trump-voting jock. The harridans at The New York Times and The Washington Post would have demanded a long custodial sentence and the end of his career. Not so in Kobe’s case. In fact, the few who brought up the 2003 rape accusations after his death were hit by a swift and intense backlash on social media and accused of racism. In Bryant’s case it merited minutes of silence in sporting events, a Super Bowl remembrance, and continuing solicitude by the mainstream media. And while Kobe is being canonized from sea to shining sea, the word rape is considered a mortal sin if mentioned in Kobe’s case.

Never mind. It’s just as bad in that rainy little place called England. As in America, the poor Brits are being lectured by brain-dead celebrities on their bad attitudes toward the environment, gender politics, sexual harassment, and #MeToo. And racism. Ironically, racism the other way round. Over recent years, HUNDREDS of vulnerable white girls have been abused, raped, traumatized, and unable to get on with their lives without a single high-profile crusader speaking on their behalf. No moronic Joaquin Phoenix, who defends cows, has thought to defend them.

It’s known as grooming-gang offenses. Asian men, mostly from Pakistan, are the guilty ones—Pakistani men who raped, beat, and imprisoned white girls from low-income backgrounds in Rochdale, Bradford, Rotherham, Oldham, Derby, Bristol, and other places up north. Although the main culprits have been convicted and jailed, it took British police years to wake up to the fact that Pakistanis were raping and forcing young white girls and women into prostitution after plying them with drugs and drink. The reason for this was that the men were brown, or a minority, whereas the victims were all white. Only one thing is certain: If these victims had been black schoolgirls targeted by gangs of white men, there would be rioting in the streets and a visit by Meghan and Harry, and countless celebrities would have included them in their acceptance speeches.

The abuse of white underage girls went unchecked for years because they were the wrong type of victims, and the wrong type of offenders. All the stars were too busy to mention the victims—they were, after all, only poor and white and English. Phoenix, however, is looking out after the cows.