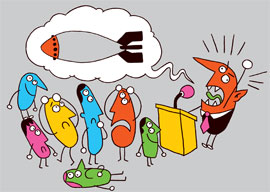 Eighteen states have no “hate crimes” legislation. (In diversity parlance, these states are “Hate Crimes Non-Inclusive.”) Another two dodge the bullet by allowing mere data collection. This leaves more than half our country at the mercy of those who would subjectively interpret malefactors’ often complex motives.

Such designations lead to enhanced charges, including amplified sentences. Often there is less definitive evidentiary basis for heightened punishments than a simple dislike of certain ideas. Near universally the increase is based on extremely subjective interpretations of what defendants once said or wrote, usually without limitation on time frame or the investigation’s scope.

More ominously, “hate crimes” are generally premised upon supposed “hate speech” that is thought to justify destruction of lives, constraints on liberty, and property confiscation. As opposed to “shouting fire in a crowded theater,” no imminent threat”or even overt dislike”is necessary. Yet this is the technical manner in which shackles are forged around the First Amendment‘s spirit while avoiding its actual repeal.

Even judges and attorneys who interpret the law face myriad regulations that address themselves to that bugaboo “hate.” Strictures are often so amorphously written and lackadaisically applied that practitioners are left questioning what is intolerance and what is interrogatory. Much too often the answer appears dependent upon the incorrect politics of individuals involved.

Knowing the government is recording everything we say or send, it is no longer only conspiracy theorists who ponder whether this data is intended to facilitate FEMA camps for the many but to create prison communes for the few who dare transgress such parameters of politeness.

In the near future anyone accused of disobedience may have things they wrote ten, fifteen, or twenty years ago held against them in court. How much of our social mores and attendant moralities alter in that time? Thus beckons a chilling ex post facto dystopia.

And though very few argue in favor of lawyers, they are best equipped to navigate the judicial system’s labyrinthine corridors. Is it coincidence that essential restrictions on their speech preceded that of the general populace? Who will defend when advocate rolls have been cleansed of the dissidents?

Years ago commenters to message boards or news articles could leave honest opinions on any matter at hand. While often rude, ill-informed, or off-topic, these had the virtue of being candid.

Recently there has been a transition that allows commenting only by confirmed email address or through Facebook. It’s a small step perhaps, but one step closer to the end of online anonymity. One cannot even namelessly give an “up” or “down” arrow (like and dislike) on many sites any longer.

Now comes word that the Huffington Post, one of the most prominent Web portals, will demand that commenters use actual names. A more disastrous development concerning honest dialogue can scarcely be imagined. Those who have argued that people speak greater truths when identified have a timeline of humanity to refute them.

America, which did more than any other country to advance freedom of thought and freedom of speech, was spurred by the writings of political pamphleteers forced to conceal their personhood. This was because they knew the penalty of unpopularity.