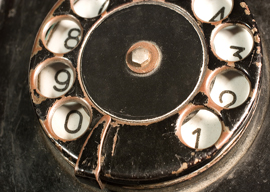 NEW YORK—Remember when the Internet, Twitter, Facebook, and other such useless gimmicks were supposed to usher in an era of transparency and knowledgeable bliss? These gizmos make George Orwell’s 1984 redundant, no longer science fiction but more Knights of the Round Table. Big Brother is more powerful and all-knowing than ever before, and we have that Errol Flynn look-alike Mark Zuckerberg to thank. There is no such thing as privacy anymore, unless, of course, one writes letters by hand and does not possess a smartphone. (Count me out, as I own a mobile but use it only when on board a sailing boat.)

Yes, the world has changed, but some of us still stick to the Old Testament, meaning using a rotary telephone, allowing women to enter and exit first in a lift, resisting the urge to drop one’s trousers in front of a lady unless asked by her to do so, refusing to give gender-neutral names to grandchildren, and repressing offering insights of one’s character and one’s bank balance to strangers.

“Money also brings happiness, and one very happy fellow right now is a chap by the name of Madison Cox.”

I guess that makes one sound rather old, but what the hell, at least I’m not gender-neutral, whatever that is. Aging has now become the equivalent of the big C, something people are ashamed of. Everyone now has caught the dreaded Hollywood plague of telling others how well they look. When I was young no one volunteered opinions on how one checked out except to comment when one was extremely hungover and looked it. Now the first thing one hears is how brilliant one looks and other such bullshit. America is a nation of strivers and everyone’s striving after happiness. It’s in the Declaration of Independence, if you don’t believe me. And it’s old Tom Jefferson who put it in: The pursuit of happiness is what American life is all about. But are Americans happy? I think those who live in Wyoming are, or Montana, or Texas, New Mexico, and Arizona, Maine, North and South Carolina, West Virginia, Iowa, Ohio, and even New Hampshire, but the rest are all bloody miserable and scared to death of dying. Nothing in American culture prepares people for leaving this life. But everything is promised in television commercials except how to drop dead with dignity. Yep, it’s a sin to grow old, and a mortal one is dying in the Land of the Depraved. The answer to not sinning is diet, exercise, alternative treatments, and more bullshit.

Oh yes, I almost forgot, money also brings happiness, and one very happy fellow right now is a chap by the name of Madison Cox, somebody you probably never heard of but will soon enough. He is an expatriate American who is 59 years old and at this very moment is very angry at a friend of mine, Christopher Petkanas, the author of a book called LouLou & Yves: The Untold Story of LouLou de la Falaise and the House of Saint Laurent.

Perhaps a bit of a mouthful, but it nails Cox and how he ended up a billionaire—actually, a multibillionaire—by doing what comes naturally to some and extremely unnaturally to the likes of me. Cox was the wife of Pierre Bergé, Saint Laurent’s bum boy, and if this confuses you, I don’t blame you. The designer and Pierre Bergé, one of the world’s most unpleasant men—a short, stout, preening frog, but a business genius—were a couple of boys in love, and then another boy came into the equation, one named Madison. After Saint Laurent died, the two made undisturbed whoopee together, until it was time for Bergé to buy some real estate. Just before he did he married Madison, and when Bergé was ten feet under, Madison Cox was revealed to be a multibillionaire. Nothing wrong with it—gigolos have been doing this since time immemorial, with Alexi de Redé “inheriting” his South American lover’s fortune, as valid an inheritance as Thierry Roussel inheriting Christina Onassis’ money. (Actually, it stinks to high heaven, but I’m old-fashioned and believe only sons and daughters, not bum boys, should inherit.)