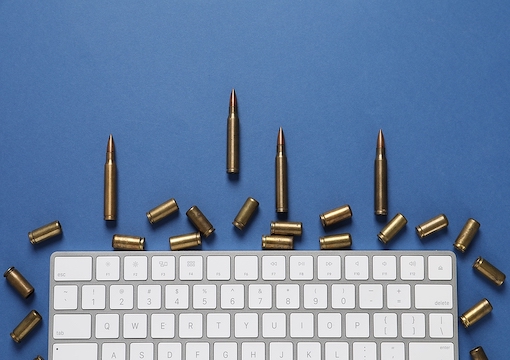 In today’s political struggles, all sides are increasingly convinced that the other guys are conspiring to employ devious, insidious, all-conquering social media schemes to brainwash the world into obeying their nefarious wishes.

For instance, on Sunday The New York Times ran a lengthy article about how Russia’s disinformation juggernaut had targeted hijab-wearing Palestinian activist Linda Sarsour, one of the leaders of the anti-Trump pink-hatted Women’s March:

As American feminists came together in 2017 to protest Donald Trump, Russia’s disinformation machine set about deepening the divides among them.

As you may recall, the Women’s March organization eventually self-destructed in a classic illustration of my thesis of the Coalition of the Fringes as a circular firing squad when Jewish feminists denounced it for contracting with anti-Semite Louis Farrakhan’s Fruit of Islam militia to provide security.

“The notion that the military-industrial complex failed to get much bang for its social media psyop buck strikes me as plausible.”

Many Jews became personally sore at Sarsour, long a vocal advocate of her Palestinian people in their struggle with Israel. For example, New York Times staffer Bari Weiss wrote a lengthy attack on Sarsour and colleagues in the Times called “When Progressives Embrace Hate.”

But all these years later, the Times has worked up a much more emotionally satisfactory explanation for why Sarsour’s leftist organization fell apart than that Palestinians and Jews tend not to get along: The Russians did it!

Public archives of Twitter accounts known to be Russian contain 2,642 tweets about Ms. Sarsour, many of which found large audiences….

Are these large audiences?

On the other hand, currently about 180 billion tweets are sent per year on all topics. So, this scoop reminds me of a previous RussiaGate blockbuster revelation that Russian accounts had spent on Facebook ads during 2016 [Dr. Evil voice] One…Hundred…Thousand…Dollars! From The New York Times in 2017:

What percentage of tweets in 2017 that mentioned Sarsour were from Russian government accounts? Readers are owed a good-faith attempt to put the scale of these operations into relevant perspective, but the NYT’s article punts on that question.

Granted, Moscow has been trying to exacerbate identity-politics divisions in the United States since the days of the Scottsboro Boys, but, in the main, the call is coming from inside the house, such as from The New York Times.

The term “psychological operations” has long been used by the U.S. military. The concept of psyops can strike you as intriguing, sinister, or terrifying, but the reality tends to be less glamorous. For instance, my cousin was a major in psyops for the Army Reserve: He managed a print shop that churned out leaflets for blanketing behind enemy lines with the PDU-58 Leaflet Bomb.

On Monday, news broke that the U.S. military had been caught by Twitter and Facebook running social media psyops via over 100 fake accounts targeting Asian countries. The Times reported:

One campaign targeting Iran, however, spread divisive messages about life there. The accounts involved pushed out views that both supported and opposed the Iranian government…. While most of the messages were critical of the Iranian government, researchers said others were supportive of it, the kind of activity that could potentially be designed to inflame debate and sow divisions in the country.

In contrast to excited reporting on Russian influence, the Times points out that the majority of the Pentagon’s efforts flopped:

Most of the posts received only a “handful” of likes or retweets, researchers noted, and only 19 percent of the accounts that were identified had over 1,000 followers.

Compared with the Russian efforts, in which three tweets were hits, the American glass was 81 percent empty. Or something.

According to a report:

The Twitter dataset provided to Graphika and SIO covered 299,566 tweets by 146 accounts between March 2012 and February 2022…. These covert campaigns were also represented in the Meta dataset of 39 Facebook profiles, 16 pages, two groups, and 26 Instagram accounts active from 2017 to July 2022….

The average tweet received 0.49 likes and 0.02 retweets. Tellingly, the two most followed assets in the data provided by Twitter were overt accounts that publicly declared a connection to the U.S. military.

Of course, this report on Pentagon psyops could be a psyop itself. You could theorize that this is a psyop to show that psyops don’t work. But running giant operations to bluff Steve Sailer and his orthogonal way of thinking about the news doesn’t seem very cost-effective.

So the notion that the military-industrial complex failed to get much bang for its social media psyop buck strikes me as plausible.

This is not to say that there aren’t any Svengalis out there who could manipulate public opinion. There are. For example, near me there’s a gleaming gym that exists just for celebrity social media influencers to have themselves filmed working out. It’s a living, apparently.

If you are brilliant at marketing but aren’t good-looking enough to be your own brand, well, Nike and Red Bull want to talk to you about career opportunities.

If you are as gifted at political opinion-molding as Bari Weiss, you can quit the Times and start your own lucrative Substack.

During a big war, some countries can mobilize tremendous propaganda talent. For example, to combat the “America First” movement in 1940, the British government assigned Laurence Olivier and Vivien Leigh to make Hollywood movies about English heroism. Propagandists at the British embassy in Washington included Ian Fleming, Roald Dahl, and David Ogilvy. Hollywood star David Niven served on Field Marshall Bernard Montgomery’s staff, where his job was, so far as I can surmise (Niven didn’t talk much about his war), to sit in on Monty’s meetings with the American brass and charm the Yanks when his obstreperous boss rubbed them the wrong way.

But I doubt that too many social media geniuses work for the Pentagon or Lockheed right now.

Then again, maybe Raytheon is paying me to say that.