Do Whites Have Civil Rights? 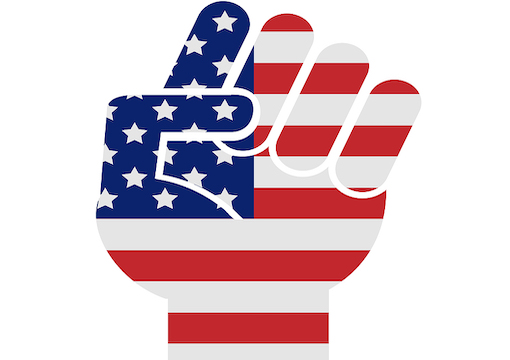 A few days ago I typed into Google (with quotes around my question to require an exact match):

“Do whites have civil rights?”

To my surprise, Google asserted in response that nobody had ever asked that precise question before in the history of the internet.

Today, Google lists my blog post asking that question, but only after announcing:

If this topic is new, it can sometimes take time for results to be added by reliable sources

In other words, Steve Sailer is not a reliable source, so hopefully somebody less deplorable will soon post this text string, but until then we’re stuck featuring Sailer’s impertinent question at the top of our results. But we at Google want you to know that we are not at all happy about it.

Then I saw a Washington Post article on the shocking news that some judges have been upholding discrimination lawsuits brought by whites like Stephen Miller against the Biden administration’s plans to simply give billions of dollars to black farmers and nonwhite restaurateurs for being not white:

Whites have civil rights, too, they say in a lawsuit filed in federal court in Texas. For Black farmers and civil rights groups, that’s a proposition that defies reality—and yet they are taking it very seriously, with generations of civil rights law potentially in the balance.

This got me thinking about how the Supreme Court could play a role in saving the United States of America from breaking apart due to the surging tide of antiwhite racist hate emanating from many of its most powerful institutions.

Keep in mind that there is no way to divide the U.S. up geographically that will cure what ails us. Fortunately, we still have a fundamental Constitutional framework of “equal protection of the laws” that can be restored to turn the power of the state away from fomenting discrimination against whites and toward preventing it, just as it was used more than a half century ago against discrimination against blacks.

In his 2020 book Age of Entitlement, Christopher Caldwell argues:

The changes of the 1960s, with civil rights at their core, were not just a major new element in the Constitution. They were a rival constitution, with which the original one was frequently incompatible…

That’s true, but…here’s the thing: Technically, the Constitution hasn’t been abrogated in favor of the theories of Prof. Ibram X. Kendi. The Supreme Court can reinstate Constitutional principles such as equal protection whenever it chooses.

So, I am going to list a series of principles and actions that could help hold the country together peacefully. I’m not a lawyer, so I’m not going to engage in extended legal argumentation in support of them. You can hire lawyers to do that.

Many of these ideas are existing law, but have largely been forgotten. It is time for the Supreme Court to restate them in no uncertain terms.

And some of my proposals are not yet law but can be made so by judicial fiat.

The first principle must be that whites have civil rights. All antidiscrimination laws must protect whites as fully as nonwhites. The courts must articulate explicitly that whites are a protected class, same as any other race.

For example, the “hostile environment” case law that says you can’t harass students and workers on account of their race must protect white children and workers currently required to subject themselves to critical race theory harangues. CRT, wokeness, intersectionality, antiracism, social justice, or whatever you want to call it are all just euphemisms for racist harassment of whites, which is illegal.

Rationalizations such as “We are not attacking white people per se, just whiteness” must be laughed out of court as feebleminded excuses for race-based hate. To use schools and workplaces to attack whiteness is to attack whites for their race, which is against the law.

All legal reasoning based on the assumption of a permanent, unassailable, invulnerable white ruling majority is obsolete and must be dropped.

The Supreme Court should announce that the era of it permitting violations of the 14th Amendment’s equal protection clause by tolerating discrimination against whites is coming to a close.

Now 18 of those 25 years have gone by. The court should announce that racial preferences will, as scheduled, terminate in 2028, the 50th anniversary of Bakke.

Of course, by 2028 blacks will not be performing the same on average as whites. More blacks will be NFL cornerbacks and more whites will be hard-science Nobel laureates. The effects of 70,000 years of largely separate cultural and genetic evolution will not disappear soon. But 2028 will be the 60th year of explicit affirmative action in violation of the Constitution. Sixty years is enough. The country can’t survive 70,000 more years.

The increasingly popular belief that whites alive today deserve to be punished for the sins of dead whites in centuries past must be denounced forthrightly as a violation of basic principles of the Constitution such as the ban on bills of attainder. Taxpayer-funded programs to demonize and demoralize innocent white children as vengeance for the sins of long-gone co-ethnics is not only unconstitutional but wicked.

Judges should enunciate that arguments over whether one is punching down (bad) or punching up (good) are irrelevant. Punching is against the law.

The mantra “Diversity is our strength,” as Dan Quayle claimed, is not part of the Constitution. Instead, it is an empirical assertion that must be subjected to strict scrutiny when it is offered as an excuse for racial discrimination.

Other notions: Disparate impact analysis should also be extended to immigration policies that have the effect of changing the ethnic and thus partisan balance of the electorate. And any attempt to loosen the borders must be subject to one of those five-year-long environmental impact studies.

Will the majority on the Supreme Court step forward to save the country from racism and destruction by restoring the Constitution?