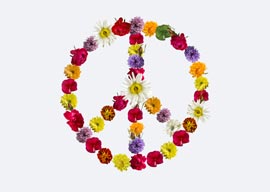 Since its 1964 debut, Fiddler on the Roof has been the leading philosemitism gateway drug. Ever the contrarian, I”m a Jew-lover in spite of that musical, not because of it.

The movie adaptation aired on TV when I was a temperamental, tantrum-throwing teenager; all those adolescent-angst antibodies rendered me mostly immune to what Philip Roth called the musical’s insidious “shtetl kitsch” charms.

So while I naturally adored the idea of Tevye bellowing at God, songs like “Tradition” and “Matchmaker, Matchmaker” gave me a rash. But “To Life” was particularly galling. Why would these poor, pushed-around people want longer shabby, crabbed lives with that mud and those cows and the Tsar?

Still, “The Jews love life more than any other people,” observed one frustrated Hamas leader, “and they prefer not to die.” (Whereas, “All we hear of ISIS is puritanical & punitive; is there nothing celebratory & joyous? Or is query naive?” asked Joyce Carol Oates this weekend, to her immediate regret.)

So while I”m often mistaken for a Jew, even by other Jews, the toast “L”chaim” never quite makes it out of my mouth. Every cradle Catholic’s default setting is that having too much fun tempts a dreadful comeuppance. And yes, I”m still a miserable, morbid (now middle-aged) brat.

It’s something tourists to Israel never fail to remark upon: that its people compulsively eat, sing, and dance between siren blasts”even during. In violence veritas? “Not Knowing What Else to Do, Woman Bakes American Flag Cake“; photos of Blitz-era Londoners depict stoic resignation, with an occasional dash of whimsy. Israelis, who scorn cornball sentimentality, lean toward the British approach, except with bonus execrable disco.

“The same race that gave us the phrase “joie de vivre” also came up with “ennui.””

The French hate America because you saved their asses during World War II while they were screwing German officers and pretending to be in the Resistance. They never stop bitching about Coca-Cola colonialism and America’s tacky, shallow, plastic “culture””yet they”ve nevertheless embraced one of the Anglosphere’s most embarrassing exports: those “makeshift memorials” that have been de rigueur mortis since the death of Diana.

Except, as Taki’s own Gavin McInnes reported, Parisians added weird stuff to their stupid piles of flowers, like a poster of the Doors” Jim Morrison (?) with his eyes blacked out (!).

Of course they did. Progressives live in the past; apparently the sickly anemic spirit of the soixante-retards still possesses the city. (And yet it was a Frenchwoman of that very era who concocted the reigning world-champion memoir title: Nostalgia Isn”t What It Used to Be.)

“Why Paris is doomed, in one image,” I blogged, in a post that went viral: “Outside the Jewish-owned Bataclan, this guy (a) played “Imagine” on a piano with (b) a peace sign on it, which he”d transported to the site (c) on a bicycle.

“Couldn”t that at least have been”I rack my brain”(a) “Rock the Casbah” on a guitar with (b) a Star of David on it, next to your (c) Hummer or something?”

A disgusted Mark Steyn added (which is why he makes the big bucks):

“When Pearl Harbor was bombed in 1941, did everyone coo because somebody dragged along a piano to the naval base and played a hit song from 1896?”

We were also ordered to be deeply moved or else by this immigrant father’s assurance to his little boy that they were safe from “the bad men.”

The boy is gently corrected:

“The flowers and candles are here to protect us.”

A segment later in the same video was less remarked upon: A mother tells the reporter that her daughter “said to me, “This time, France lose [sic] the fight.” And I said, “Yes, it’s true in a way. But it will never happen again.””

I hate to sound like, well, a goddam hippie, but:

Listen to your children, parents!