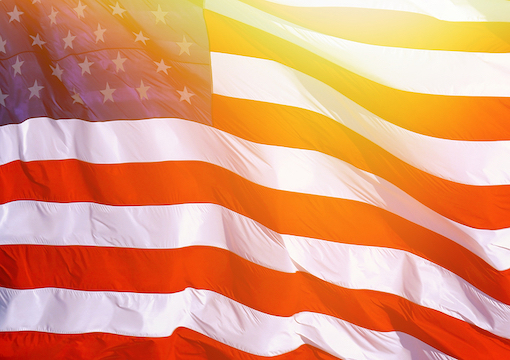 With seven days to go until the election, there’s no way a weekly columnist can keep up with the rapid-fire developments that’ll surely be cracklin’ like a burning log on Fox and CNN as we speak. So I’m not even gonna try.

Instead, let’s talk about movies. And maybe I’ll stumble into something relevant along the way.

Once more, the right has been “Schaeffered.” That’s an old term I just coined for a venerable but rarely discussed conservative-targeting hustle. Francis Schaeffer is a legendary figure among religious rightists. An author, pastor, theologian, and lecturer, the late Schaeffer was as responsible as anyone for the explosion of conservative Christian political activism in the 1970s and ’80s. If you’re into that kind of stuff, you’ll know who he was. If you’re not, or if you’re a millennial, just know that he was a big deal.

Schaeffer’s son Franky helped his dad convert dusty old sermons and lectures into dynamic VHS video presentations back when the notion of “direct to video” was still novel. Little Franky soon got all experimental with his productions, adding “new wave” animation, puppetry, music, and screwball comedy to his dad’s work. Because little Franky had a dream. He was a man on a mission to persuade conservatives to start doing their own films…to use the media, and the talent in their ranks, to counter the immoral leftist trash spewing from “Hollyweird” (I’d have also accepted “Commiewood”). Don’t be afraid of popular culture; take it over! Master it! Use the medium to change the nation!

Franky was saying those things back when Andrew Breitbart, who’d later adopt that message as his own, was still in middle school.

The junior Schaeffer had a lineage that gave him credibility, but movies require money. And surely conservatives would be willing to ante up for a big Christian-values blockbuster film that would tell an action-packed story within a framework of biblical truths and patriotic ideals. Franky swore to make that film, and the true believers wrote the checks.

This would be the right’s Star Wars! Start baking the victory pies, Edna—the culture war’s as good as won.

In autumn 1986, Franky debuted his film to the suckers…I mean true believers who supported it. And the pious did gaze upon the film, and they did see that it was a steaming pile of crap.

Franky had pulled a fast one. He’d written and directed Wired to Kill, an excremental Mad Max rip-off in which good future teens battle evil future teens in a dystopic America. Heads are blown off, balls are crushed, asses are pierced, women are raped, mulleted hunks have their legs blown off, and black drug dealers are immolated.

But it’s not as good as it sounds. It really is a very bad film, with zero Christian or conservative values.

Oh, the fun the L.A. Times had in mocking the dumb(founded) Christian conservatives who attended the film’s premiere. “FLOCK’S FLAK FLAILS FLICK” read the Nov. 30, 1986, all-caps headline. The article described how acolytes of the father felt betrayed by the son, who’d “used” his dad’s Christian followers to deliver up a “depraved” product none of them wanted anything to do with. “I feel betrayed,” said one of the poor dumb bastards who’d been among the film’s patrons.

For his part, Franky defended his movie as biblical because “the story of King David is violent.” Schaeffer’s publicist told the Times that the theme of the film is “fighting back” and “using guns” and isn’t that what conservatives should want? Of course, every Hollywood action film involves good guys shooting guns at bad guys, so by that standard, all action movies are “conservative.” But Schaeffer added that in his film, an old lady says a prayer to Jesus before being murdered. So case closed, it’s Christian cinema.

I remember reading that Times piece in ’86 and saying to myself, “Well, at least those rubes’ll never get tricked by that scam again!”

In the years since Wired to Kill, conservatives have been Schaeffered again and again and again (though never again by Franky, who eventually publicly declared himself an atheist leftist). Just last month I detailed the endless stream of “let’s use the popular culture to spread conservative values” scams that rightists have fallen for. “Let’s make a movie! Let’s start a TV network! We just need a lil’ start-up cash. So pitch in, patriots!”

When Andrew Breitbart got everyone on the right to mindlessly mouth the phrase “Politics is downstream from culture,” he failed to warn his followers about the Schaeffer scam (perhaps because some in Breitbart’s circle were running it themselves). And since Andrew’s death, it’s become sacrilege to question the “downstream” cliché. Of course it’s true, which is why of course we can’t stop chasing the dream no matter how many times we get conned.

The most recent example of a Schaeffering reached its tragicomic climax a few months ago. Rebeller was a company that was launched with much fanfare last year to produce films that “Hollywood is afraid to make”; movies that push back against leftist dogma, movies that cater to conservatives. Movies that’ll send righteous content “downstream.” One of the monkeys hired to fling Rebeller’s poo was NeverTrumper and self-described “person of the right” Sonny Bunch (of The Bulwark). Rebeller’s parent company Cinestate was headed by “populist” Texan entrepreneur Dallas Sonnier, who birthed Rebeller to (in the words of The Wall Street Journal) “make movies in the Trump era for the audience Hollywood ignored.”

Lots of money was raised from well-heeled rightists (including an unnamed “Texas oil heiress”), and conservative fingers were crossed. This time, all that cash would lead to something good!

Ah, the faith of a child; bless your hearts. But sadly, Cinestate and Rebeller folded this summer due to “rape of a minor” allegations, and the one “conservative” movie they completed before the implosion, Run Hide Fight (currently screening at festivals), is literally Wired to Kill for 2020. Evil white teen shooters invade a plucky young girl’s high school, so she has to fight back using guns, and…that’s it. But her dad’s a down-home deer hunter, so that makes the film conservative.

It’s the story line of Corey Haim’s Demolition High, with a deer-hunting dad thrown in as a lure for Hannity viewers.

You boobs got taken again.

There’s a not-insignificant difference this time, though. With Wired to Kill, mainstream critics just laughed it off. They could dismiss it as a bad film, and nothing more. But today’s left has sunk to such depths of insanity, “mainstream” reviewers of Run Hide Fight have bought into the “it’s a right-wing film” hoax because their perspectives are so skewed. Variety panned the film not because it’s bad (which I’ve heard it is), but because the lead girl uses guns to fight back, and her dad hunts deer! Standard film tropes that wouldn’t have registered as “right wing” even five years ago are Hitlerian today (the Variety review is a thing of beauty; the critic condemns the film for daring to suggest that teens should fight back if confronted by a school shooter).

So the hucksters on the right and the dimwits on the left feed off each other, seeing the same invisible clothes on the naked emperor because it profits one side financially and the other ideologically. And all the while, guess what? Nothing “flows downstream.”

And nothing will. Because if I may dare commit the ultimate blasphemy, Andrew Breitbart was wrong. Look where we are now—a week away from an election in which the right’s best-case scenario is to retain a president who is at most vaguely and lethargically committed to furthering a rightist agenda, and a Senate majority that’s even less ideologically reliable. We all know that the election is more about holding off the left for another four years than it is about continuing a right-wing “revolution.” And if you examine every way in which the left is kicking the right’s ass—Big Tech information control, George Soros’ funding of local politics, policy-blocking lawsuits by well-funded legal institutions with an endless supply of litigious ground troops, judicial activism, redistricting, voter fraud schemes, “moles” within the president’s administration, organized riots and unrest, and demographic change via mass immigration, “amnesty,” and work visas—not a single damn one of them is centered around or dependent upon leftist “entertainment,” and every damn one of them would still exist and be just as effective even if the left didn’t have a single actor, director, producer, or singer in its pocket.

Downstream from culture, my ass. A thousand “pro-America movies” wouldn’t equal the influence of Soros’ shriveled left nut. The “downstream” myth is nothing more than a handy way to deflect responsibility from people who are not doing their jobs—the “conservative” politicians, donors, and consultants who could be scoring victories, but instead enrich themselves on kickbacks or spend lavishly on quixotic vanity projects.

Remember, I was there, in the thick of it, during the prime years of Friends of Abe, as Hollywood conservatives had their egos stroked (“you can change the culture and the country!”) by the likes of John Boehner, Paul Ryan, Michael Steele, Marco Rubio, Karl Rove, and all the others who had actual power and influence. “Your movies can save this country,” said the congressman as he gave Big Tech immunity in exchange for massive payoffs…said the senator as he profiteered from cheap imported labor…said the consultant as he skimmed money from the campaign fund…said the donor as he backed the high-profile black Republican in the unwinnable House race but gave nothing to the law-and-order DA up against a Soros-funded opponent.

Mind you, the delusion exists on the left, too, in the tiny minds of cretins like the aforementioned Variety reviewer, who likely thought he was striking a huge blow against evil by panning a trite and unimportant film. Every leftist who’s tried to cancel an “N-word” joke thinks that what they do matters in the big picture. But the actual power brokers on the left understand that what needs to be censored is always nonfiction: Biden emails, race and crime stats, officer-involved shooting stats, “unfavorable” COVID studies, etc.

Your all-American flags ’n’ morality movies don’t scare them in the least. Facts scare them, not fiction. Long after vital truth portals like AmRen, VDARE, and this site have been thoroughly eradicated, gullible conservatives will still cling to the notion that all will be well if they can just make that film to change the culture.

And they’ll get Schaeffered, again and again. Because the only thing waiting downstream is a bunch of hucksters hovering over the sewer outfall to collect the dough that gullible conservatives have flushed.