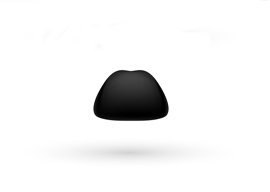 In last week’s column, I wished the Trump camp good luck, while taking great pains to not make a prediction regarding the outcome of the election. In my private life, I was not so coy. I laid down several money bets that Trump would lose, not because I wanted him to (I didn”t), but because deep down inside, I thought he would lose. I wasn”t happy about that, but it’s what my gut told me. For the record, I really don”t like to be wrong. So, finding myself in the situation I”m in at the moment, my wallet a bit lighter and my ego a tad bruised, I realize that a bigger man would want to understand how he could have been so wrong. Of course, I”m a very small man, both physically and in the metaphorical sense, but I suppose I can strap on my platforms and rise a few inches for the sake of this column.

I bet as I did because, as a non-gambler, I made what I thought was the safe wager. I bet on what common sense and precedent told me would be the outcome. Again and again, I kept repeating to myself a series of reassuring mantras:

Nate Silver rose to fame because of his perfect prognostication record four years ago. Why would he possibly jeopardize that? If he gets the forecast wrong, his rep will never recover. So of course he must be on target!

Trump failed to build a boots-on-the-ground infrastructure in key states. He can”t win without a massive network of canvassers and the full support of the party establishment!

Pro-Trumpers are so busy trading faux news stories on Facebook, they”ve made themselves delusional! Detached from reality! Half of the anti-Hillary stories they spread are fakes. You don”t win an election by just making up your own news.

The American people will always tolerate corruption if the alternative is real or perceived instability. It’s just a fact of life!

And…pretty much every other argument I made in last week’s column, in which I outlined the risks of having nominated Trump in the first place.

“You can now be called Hitler by hundreds of the most popular and respected opinion-molders and still be elected president.”

I was cocksure, and I was wrong. Trump won, fair and square. And if I had to get to the root of my own personal inability to foresee that outcome, I might as well start with Hitler. I belong to a very select club”I”m tempted to call it a fraternity”and the left has taken great pains to ensure that we have new members every year. The club is for people who have been publicly attacked for being “the new Hitler.” As I pointed out in a previous column, back in 1994, the nation’s largest-circulation Jewish weekly declared me to be not only the new Hitler, but also the new Hussein and the new Arafat as well. One would think that such over-the-top nuttery would have been ridiculed and dismissed out of hand by all halfway intelligent people, but it wasn”t. The idea that a 25-year-old Jewish amateur historian living alone in a small apartment in Culver City could be Hitler, Hussein, and Arafat rolled into one was accepted by a stunningly large amount of humans, many with multiple credentials after their name.

Try as I might, I could not defeat that label, regardless of how unwarranted and utterly idiotic it was.

So this year, I didn”t have it in me to believe that Trump could overcome being called “literally Hitler” by so many politicians, pundits, and celebrities (and even certain conservatives, like Glenn Beck, who”d previously gone on record telling their followers to never use the Hitler slur against opponents). In my mind, I was still living in 1994, when having a Hitler sign hung around your neck was instantly fatal. I was incapable of visualizing any other world. Trump was called the new Hitler, therefore, he will lose.

Well, did I get a wake-up call. You can now be called Hitler by hundreds of the most popular and respected opinion-molders and still be elected president. How in the bloody hell did that happen? More than likely, it’s due to a combination of reasons. Hitler’s been dead 71 years. To young people, Hitler is a hazy specter. You know the name, you know the mustache. You maybe kinda know the misdeeds. But too much time has passed for the “you”re Hitler!” accusations to pack the same emotional gut-punch they used to. And if Hitler slurs have lost their power over the young through unfamiliarity, for older folks, the problem is with overfamiliarity. The smear has been thrown around so much and so recklessly that pundits have given the public “Hitler fatigue.” We”re all FÃ¼hrer”d out. So stop with the Hitler; enough already with the Hitler.

Could it be that Trump’s victory has finally driven a stake through the heart of the Hitler epithet? Will “you”re Hitler!” go the way of other thankfully retired relics of America’s cultural and political past? There used to be a time when it was standard for white politicos to declare that a “good” black person was “a credit to his race.” Nowadays, that’s become so archaic, when someone does foolishly blurt it out, it’s laughable. So if white folks can retire a ridiculous compliment directed at blacks, can everyone (whites and nonwhites included) retire a ridiculous insult aimed at whites? Only time will tell. But I”m optimistic. Seventy-one years after he violently exited the world stage, Hitler has hopefully died yet again, this time in his incarnation as a debate-killer.

Which leads me to this: Another reason I didn”t see the Trump tidal wave coming is that I did exactly what so many of his opponents did”I looked at the election in a self-indulgently personal way. All that stuff I just wrote about me being called Hitler 22 years ago? It was damned foolish of me to allow that to matter. So what about me and my hurty feelings? Who gives a crap? Allowing that kind of thing to cloud my judgment was an error that I”ve seen reflected in the faces of a thousand Hillary supporters, who tied their love for Hillary and hatred of Trump to something unique and personal (and completely unimportant to everyone else) in their own lives. “As a gay man, how do I talk to my trans son about Trump’s homophobia?” “As the mother of a Central American adopted daughter, how do I explain to her Trump’s misogyny and anti-immigrant hatred?” “As a Jew, my family would have been deported to camps had Hitler invaded Miami. For that reason, Trump must be stopped!” “As a black woman, yesterday I was shortchanged 10 cents at Starbucks. It was only then that I realized how Trump’s cancerous racism will impact my life!” “My grandma died last month, and on her deathbed, she told me, “Make sure Hillary wins!” Thanks to Trump and his HATE, my nana’s last wish went unfulfilled.”