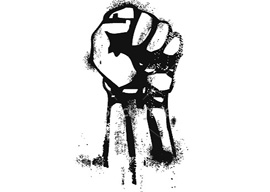 My old political philosophy teacher Professor Yusuf Ibish outlined the conditions he thought would lead inevitably to revolution. They included the population’s impoverishment, denial of dignity, and repressive rulers who used torture and false imprisonment. I asked him where conditions would create such a revolution, and without hesitation he answered, “Egypt.” He said this in the spring of 1973. The Egyptian people are thirty-eight years late.

The question is not so much why Egyptians are out in the street demanding the end of Hosni Mubarak’s kleptocratic torture chamber as why have they waited so long. As anyone who has visited the land of the pharaohs knows, the Nile flows so slowly you can barely notice it moving. Egyptians are as patient as the river, but they flood into the streets when the ruling class dams them up without a release valve. Like the British were surprised on Black Saturday 1952 when the Egyptians burned down their clubs, hotels, and banks, the United States did not see this tide building into a wave of anger. The 1952 Cairo riots erupted on January 26, almost fifty-nine years to the day that Egyptians came out again to oust Mubarak just as they”d forced the Egyptian Army to dethrone King Farouk. Farouk tried the same ploy that Mubarak is using now: dismissing his government and appointing a new one. The protestors did not care about government ministers then and don”t now. Farouk had to go, and now so must Mubarak.

The Egyptians are not a vindictive people, as their patience and their famed humor prove. They let Farouk sail out on his yacht, the Mahroussa, with his family and some of his wealth. If the Army acts to remove Mubarak, they will undoubtedly afford him a similar courtesy”far more than he did for opponents whom his police have shot and killed over the past twenty-nine years.

“Like the British, the US misunderstood Egypt. It mistook patience for permanent acceptance.”

General Mohammed Naguib, titular head of the Free Officers Movement that overthrew the king in July 1952, stated the revolution’s motives in terms that would apply to Mubarak today:

Egypt’s reputation among the peoples of the world has been debased as a result of your excesses in these areas to the extent that traitors and bribe-takers find protection beneath your shadow in addition to security, excessive wealth, and many extravagances at the expense of the hungry and impoverished people.

Like the British, the US misunderstood Egypt. It mistook patience for permanent acceptance. Getting Egypt wrong is a constant in American foreign policy. The US never understood that the new Egyptian leader, Gamal Abdel Nasser, wanted independence not only from Britain, but also from the US and USSR. The CIA’s Kim Roosevelt thought he could bribe Nasser with a cash-filled suitcase, which Nasser courteously accepted and used to construct a monument visible to all of Cairo that his aides allegedly called el wa’ef Rusfel, i.e., “Roosevelt’s Erection.”

The Israelis got Egypt wrong, too. They thought they could drive a wedge between Nasser and the US by planting bombs in American institutions in Egypt that would be blamed on the Egyptians. The Egyptian police apprehended the Israeli spies responsible, and the damage was to Israeli-American relations. It was one of several Israeli attacks on Americans, like 1967’s bombing of the USS Liberty, that have been written out of history.