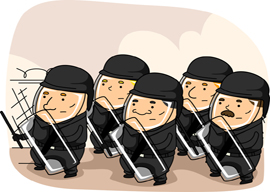 The president has become “completely unhinged,” Jimmy Kimmel told his viewers on Tuesday night. He had just canceled all their scheduled programming to focus on the president’s press conference regarding Charlottesville. This is a day after Jimmy Fallon did basically the same thing and asked America how to explain to his daughters the reasons why “there’s so much hatred in this world.” The right was equally apoplectic. The front page of Wednesday’s NY Post read “Trump back at it: Hey some white nationalists are ‘very fine people.’” Fox News’ Kat Timpf was on the verge of tears as she exclaimed, “I’m wondering if it was real life.”

I agree with her but for opposite reasons. These reactions make me think I’m living on a different planet. Trump never said white nationalists are fine people. He said not everyone there was a white nationalist. This rally had a couple hundred Nazis. That’s not proof there’s “so much hatred in the world.” Kimmel played a series of clips from Trump’s speech and they all seemed perfectly reasonable, banal even. He condemned white nationalists and Nazis and he said the left was also being violent. If he had said any of this to me personally, I’d go, “Duh.” After the clips, Kimmel pretended the president had just said something racist. It was baffling. Also, Trump didn’t wait 48 hours to condemn the attacks. He did it immediately after. The press conference they’re talking about was his second series of statements disavowing the Nazis and white nationalists at the event. Do all conservatives have to wear crossed-out swastikas on our lapels, or would tattooing “Not a Nazi” on our foreheads suffice?

“We’ve rejected our extremists, but the left has pulled theirs into the mainstream.”

Many of the people in Charlottesville were reporters and observers and many were innocent civilians who felt duped by the rally because they thought they were going to a protest march about removing statues. That’s what it was originally billed as. I know this because these people have called in to my show condemning organizer Jason Kessler for misleading them. Trump also criticized the violence coming from the alt-left. This is irrefutable. Antifa may have started out as an anti-fascist organization, but nobody should be surprised that a group that encourages anonymous violence is going to attract some mentally ill degenerates hell-bent on burning America to the ground. They’ve been deemed a terrorist group in New Jersey. Why are people still taking them seriously?

Chubby lesbian Vietnamese immigrant Loan Tran just tore down a Johnny Rebel statue in Durham, N.C. That statue represents the 258,000 conscripted Confederates who died fighting a war they didn’t necessarily agree with. In Chicago, they are trying to get Washington Jackson Park to take down more statues and remove the presidents’ names from the park because Washington and Jackson owned slaves. In Memphis, they are digging up the graves of Confederate soldiers, presumably to desecrate their remains. This is what the Anarchists did in Barcelona during the Spanish Civil War. They dug up the bodies of murdered nuns (NSFW) and propped them up against churches to show their disdain for Spain’s history.

Nobody’s defending the white nationalists and the Nazis. EVERYBODY hates them. I told people months ago this was going to be a shitshow, but my dictums don’t take because I’m not Mao. I’m still being dragged into it despite getting regular death threats from the alt-right. Trump was isolating the radicals on both sides from the rest of America. This clarification may have prevented a race war and countless murders. The left wants everyone on the right to be identified as James A. Fields Jr., the driver of the car that killed Heather Heyer. Daily Kos founder Markos Moulitsas just said, “NRA and American conservatives/Nazis are one and the same.” That’s not just a “Big Lie,” as Dinesh D’Souza would say. It’s a dangerous lie. We are living in a climate where it isn’t just Nazis who are getting attacked. It’s everyone who doesn’t hate Nazis enough. In Burlington, Vt., a man was just stabbed because he didn’t disavow a white-supremacist ex-friend with enough enthusiasm.