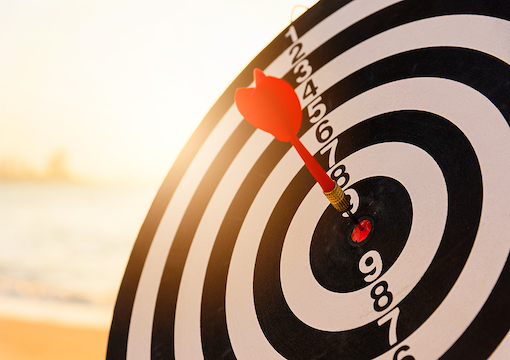 We live in an age of serial expertise. First we were experts in climate change, whether or not we believed it was taking place, and consequently in energy policy. Then, with Covid, we became expert epidemiologists, though most of us would shortly before have been hard put to explain what epidemiology as a science actually was. And now, with the war in Ukraine, we have become expert military strategists.

I myself have become a military strategist of great wisdom and experience, the latter from following on the internet the progress (if that is quite the word for it) of the war, ensconced as I am in command headquarters, that is to say my study. True, I wear neither a helmet nor battle fatigues, but it is not the uniform that makes the strategist. And it is as clear to me as to General Petraeus that bunching up vehicles in convoys and keeping them stationary for days on end, as the Russians have done, is not very good strategy (or is it tactics?). Not, of course, that I want to give any good ideas to the Russians, or rather, to the Russian army.

But apart from these particular areas of expertise that we have all developed in the past five years or so, we all have another area of chronic expertise, if I may so put it—namely, economics. All of us have opinions on this subject or discipline that are of a strength that is not necessarily proportional to their evidential base. But then it often seems that economists themselves are not much better, though of course there are now so many of them that some of their predictions must sometimes come true. Hitler said that if you sling enough mud, some of it will stick; if economists make enough predictions, some of them will be right.

“Some economists seem to be especially gifted, in that, despite many prognostications, they get everything wrong.”

Some economists seem to be especially gifted, in that, despite many prognostications, they get everything wrong. This surely implies knowledge of a kind, that is to say a negative capability. And some seem to me foolish though undoubtedly clever. I think I have told how, one day in a taxi, I overheard on the radio (at least the driver wasn’t playing savage rock music) an eminent member of the species explaining how there might or might not be a recession, but that if there were one it might be long or short, deep or shallow. Thank you very much, professor, I thought, though secretly if immodestly I thought that I could have worked that all out for myself. However, it now came with the imprimatur, as it were, of the world’s most important panjandrum, so it must have been true.

How does one become a panjandrum? Is there a special school for them? If there is, I suppose they teach there such subjects as gravitas and pomposity, pretentiousness and portentousness. No doubt students are selected by natural ability in these subjects, and perhaps psychologists have already developed validated and reliable scales for them, as they have for practically all other human characteristics. (Psychology is another subject of our chronic expertise, of course.)

But back to economics. It is not my intention to pour scorn on anyone in particular, but still one must sometimes take individual examples to illustrate a general point, in this case the foolishness of economic panjandrums. Here are three sentences from an eminent economic journalist, written in 2020 in an equally eminent journal devoted to economics, arguing for increased government spending:

Borrowing by the government for any programme or project with a zero or real return must be profitable. Such a programme might be to sustain aggregate demand, in order to minimise long-term scarring caused by the pandemic. It might be in physical or human capital. Either should be economically beneficial, now that debt is so cheap.

Now, I am an economist only in the sense that everyone is an economist, like Mr. Micawber or even (or especially) the drunk in the pub, but I think I could write an essay of some length on the combination of imprudence, sheer idiocy, and shallowness of this passage.

What of the possibility that the government, by its expenditures, will create future liabilities rather than productive assets, and indeed, by a variety of methods, for example by the granting of rights and privileges to certain persons or classes of person, has often done so? What of the possibility that rolling over debt will become ever more expensive? (In 2018, even with low interest rates, Britain spent more on servicing its debt than on its defense.) For the month of December 2021, British debt repayment was 300 percent what it had been for December 2020. And interest rates had barely risen.

An acquaintance of mine who has a small business received a $40,000 grant from the government, not repayable (at least not by him), though he did not need it and never ceased to make a profit, albeit a smaller one than the year before. The government was unable or unwilling to distinguish between those who needed propping up and those who did not—and this is the organization that the economic journalist would entrust with making investments! Would he take the government as his personal financial adviser?

As to increasing human capital, delightfully so-called, in the hands of government it is likely to result in an overgrowth of qualifications irrelevant to, and even obstructive of, any productive activity whatsoever, to what one might call, if it were a disease, fulminating diplomatosis.

It is true that there are several possible ways to solve the problem of excessive borrowing. There is real economic growth, but it is at least very likely that growth in debt repayment will outpace real economic growth. Taxation might fill the gap but beyond a certain level has an inhibiting effect on growth. There is repudiation of the debt by default, which is a form of theft, and there is debauching the currency = another form of theft, and much favored by Lenin as the midwife of the glorious future.