Evolution or Equality? (Pick One) 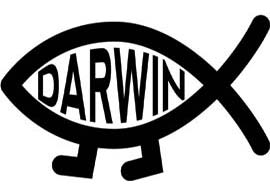 It is impossible to simultaneously understand the theory of evolution and to believe in blank-slate cognitive equality among human groups of different continental origins.

Both propositions”evolution and equality”cannot simultaneously be true. You have to pick one. Choose wisely, because you can’t have both.

Either evolution is a real and ongoing process that has rendered different groups with different mean aptitudes, or we”re all equal”and thus all measurable group disparities in things such as income and intelligence are due to unfairness, hatred, injustice, and flat-out stinking evil.

Yet against all logic and evidence and propelled purely by the smarmiest sort of saccharine emotionality that has ever been shit-sprayed out of human hearts, modern progressives insist that these two fundamentally contradictory belief systems are simultaneously true.

“What sort of person who claims to believe in evolution would deny its fundamental role in shaping human history?”

They insist that evolution is real and that only a dumb hillbilly would not believe in it. But they also insist that evolution had nothing to do with quantifiable disparities between groups in brain size and intelligence, and even if those dumb apelike hillbillies consistently score higher on intelligence tests than your average nonwhite hood rat, well, then, you”re dumb”and evil”for even noticing.

In other words, they want to have their Darwin Fish and eat it, too.

They want their Darwin Fish when it gives them the opportunity to take anyone who refuses to swallow the progressive worldview and mock them as a retrograde evolutionary missing link”a subhuman knuckle-dragging atavistic Neanderthal caveman on the wrong side of history who is about to face a much-needed culling and extinction, as if all that threadbare rhetoric wasn”t itself laced with Darwinian logic and a tacit admission that these phony egalitarians don”t really believe we”ve all evolved equally.

They want to eat their Darwin Fish”or, rather, they want to dispose of it and hide all evidence that it ever existed”when faced with the sheer preposterousness of what they”re proposing, which is that human evolution magically stopped and froze at that mystically indeterminate moment when everyone miraculously reached the cognitive finish line at the same time.

They don”t have any trouble admitting that evolution has rendered these “races” that don”t exist with observable physical differences. In fact, the most egregiously self-hating among them seem to bask in the idea of black physical superiority. They also gloat over the highly eugenic idea of eventual white extinction. When it comes to anything anti-white, they”re about as Darwinian as it gets.

But then they spin around and propose”in fact, they completely depend on”the utterly nonsensical idea that evolution played a decisive role in forming every human organ except the brain. And, perhaps in a slimy act of projection, they’ll call you the dumb one for rejecting their obviously dumb idea.