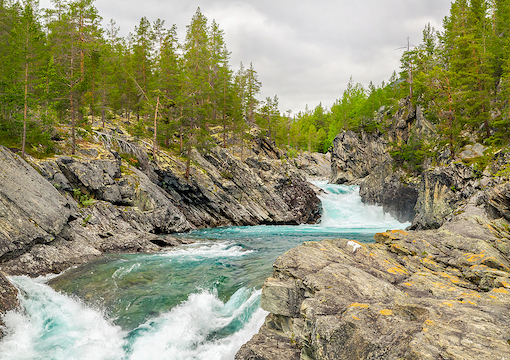 It’s a great time to be antisocial. It may be the greatest time in world history to be antisocial, with the possible exception of the Black Death. Unless it’s to sniff daisies, there’s absolutely no reason to wander outside your door these days. If you’re brave enough to stroll out into public without a mask, there’s always the possibility you’ll be mugged by a howling throng of 400 rioters, NONE of whom is wearing a mask.

So I imagine that if you’re the sociable type who squirms with agony at your inability to attend movie theaters, baseball games, concerts, political rallies, it must really suck to be you right now.

Me? I’m fine, thanks for asking.

This is why I never needed government agents or social-media scolds to tell me to keep my distance. I don’t go anywhere I’m not wanted and I avoid most of the places where I actually am wanted.

Although I’ve lived in or near some unforgivably gigantic cities for almost my entire life, modern society is hand-delivering me several sound reasons for staying out of cities once and for all.

I am the spawn of the nearly accidental mating—it started with a one-night stand at a USO dance before my dad flew off to Europe for WWII—between a city mouse and a country mouse. My mother grew up one of 11 Irish-Catholic kids in Philadelphia—and what a big, nasty, dirty, ugly, crass, smelly, angry, violent city it is. Filthadelphia. Killadelphia. It was the fourth-biggest city in the country when I was born but has shaved off a quarter of its population since, a huge share of the exodus undoubtedly due to the town’s aggressive diversification and a black population that is far and away the most hostile group of Africans I’ve ever encountered.

My dad, who died in 1980, was born exactly 100 years ago in a tiny northern Vermont town that even now is barely cracking a thousand people. It is currently 96.81% white, which I will assume is far less white than it was 100 years ago.

I spent the first twenty years of my life in the red-brick working-class Philly burbs before moving into the dirty-red-brick City of Brother Love itself to attend college. Back then in my wayward and semi-retarded youth, big stinking cities seemed exciting compared to the relative blandness of Clifton Heights, PA. But back then, cities had a purpose for oddballs such as myself. You couldn’t get rare British import records out in the burbs. None of the movie theaters played the obscure films I wanted to see. On a per-capita basis, if you didn’t count the blacks from North Philly who were always trying to stab or rob you, there were definitely more “interesting” people in Philly than out in the Delaware County, PA boondocks that birthed me.

Back then I was convinced that the bigger and filthier and smellier a city was, the more sophisticated it was. That’s why I moved to the NYC area after college. It didn’t take long living in New York to realize that the average New Yorker is not an abstract painter with an IQ of 180 but rather a fat Mets fan who bets at off-track racing and gets stains on their sweatshirt when they eat at McDonald’s.

The occasional weekends up in the Catskills were nice, though.

Then I moved to LA for seven years, which was easily seven years too many. You can only be awakened by police-chopper spotlights illuminating your bedroom so many times because they’re chasing some 14-year-old cholo through Hollywood parking lots before you want to move somewhere quieter. Plus, enduring one major race riot was enough for one lifetime.

Still, the occasional weekend 120 miles east in Desert Hot Springs soaking up the mineral waters kept us from completely losing our marbles. But even ten miles back toward home you’d start hitting that city traffic again, and we’d always feel like fleas on a baseball field once the LA skyline came into view again.

So we packed a moving van and moved up to Portland, where there were fat people and lots of green things. When I moved there in 1994, I laughed at the very idea that Portland was a city. But being a safe and beautiful little mountain town apparently evokes white supremacy or something, so now Portland is where transgender heroin addicts burn things every night downtown forever and ever, amen.

Then it was rural Pennsylvania for another two years—a sleepy little town called Schwenksville about 40 miles northwest of Philly. Except for the people I lived with, it was idyllic.

And then, after a six-month stay in what is easily the worst state among all 50, I relocated to the Atlanta area, where I’ve been spinning my wheels in red clay for 13 years now.

I’ve often stated that blacks in the South are the friendliest in the country. That was true until about two months ago, and we all know what happened two months ago. At the moment, it’s not the cities with huge quotients of blacks that are rioting the hardest. It’s complete mayo-on-whitebread burgs such as Portland, Seattle, and Minneapolis.

Of those, Minneapolis is by far the blackest, but they still don’t even account for one in five Minneapolites, or whatever they call them up there. Seattle is a piddling 8% black. Portland—the town the most extreme conniptions over the myth of systemic anti-black racism—is barely 6% Negroidal. And even riot-prone Los Angeles can ‘t even crack 10%.

Atlanta is currently 51.4% black. The only city in America with more total blacks is New York City, where the percentage of blacks is less than half as high as it is in Atlanta. And we’ve already had a few mini-riots over George Floyd and local boys such as Ahmaud Arbery and Rayshard Brooks.

If the country continues on its currently insane racial trajectory, sooner or later a majority-black city is going to burn to the ground, and I’m not going to take my chances by staying around in the Atlanta area to find out if we draw that lucky number or not.

I live 25 miles from Atlanta’s city center. It feels rural. It’s a block from a lake. The backyard is the size of a football field and hosts dozens of tall pine trees. Ducks come up from the lake and walk on the lawn. Birds chirp loudly enough to wake you up.

Then again, even this little town is half-black. And the world has changed drastically over the past few months. Now, just as I found myself in Brooklyn a few years back wondering if I’d be charged with a hate crime merely for defending myself against the high-as-a-kite black gent who was tailing me, now every time I go to pump gas, I have to wonder whether some vengeful BLM clown will walk up to me, start recording on their smartphone, and accuse me of calling them a nigger.

It occurs to me that the major technological change since I was young, dumb, and thought cities were cool is that you no longer need cities to get rare records or watch obscure movies or even find “interesting” people. The internet brings it all into your home. The internet brings so many things to your fingertips that you’d never want to touch with your hands.

Technology has rendered cities obsolete. That, plus the alienating effects of diversity have forced our “social” lives to become increasingly remote. Think of most of your interactions with other people on any given day. How many of those people with whom you “socialized” were even in the same room as you, much less the same town?

I’ve been working remotely in several capacities since the turn of the millennium, and it’s been ten years since I had a job that required me to leave the house. I can work from Antarctica, so there’s no need for me to be anywhere near Atlanta.

Cities are no longer where culture is found. They’re where it’s destroyed. Automated wind-up pre-programmed zombie outrage machines are burning the cities to the ground. There’s no use even to set your toes in one.

I’ve witnessed diversity. It only benefits the diverse. It holds no benefits for me, only penalties. So I’m turning my back and distancing myself. Being melanin-deficient and living in urban America at this point is roughly as stupid as staying in South Africa after apartheid ended.

Let all the rats converge together on those sinking ships. Let the teeming rats fight over cheese crumbs.

The “country mouse” side of my DNA isn’t merely calling me—it’s screaming at me. Get your pale ass out before it’s too late.

I want to live where there are no skylines, only rivers and mountains and creeks and dells. I don’t even know what a “dell” is, but I can’t wait to learn. The fact that I know it’s a computer brand but that I don’t know what it signifies in a natural setting is part of the problem here.

I want to live so far from the city that one day I forget the smell of human urine on a subway platform. I’d invite you to join me, but I don’t want it to get too crowded out there.