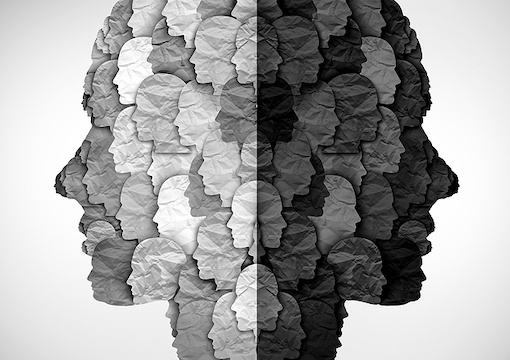 “No worst, there is none,” wrote the poet Gerard Manley Hopkins, about human states of mind. If he were alive today, he might write, “No most absurd, there is none,” about our current contortions of language.

In a publication aimed at dermatologists, the Dermatology Times, we read in an article devoted to the treatment of the skin in transgender patients the following:

Patients of reproductive potential who are not…abstinent with penis-containing partners, 2 forms of contraception are required.

In other words, women who would like to be men but still have their ovaries and wombs can become pregnant by sexual intercourse with fertile men, the latter now being known as “penis-containing” persons. (The venerable but increasingly lunatic medical journal The Lancet recently decided to call women “bodies with vaginas.” How long can it be before we no longer address meetings or assemblies as Ladies and Gentlemen but as Penis-containers and Vagina-bearers, or perhaps P and V for short?)

“I do not think that anyone would have used the expression penis-containing partner ten, maybe not even five, years ago.”

At the same time as we are enjoined to think of biological sex as unimportant to the point of nonexistence, and to believe that men who can have babies by penis-containers are men in precisely the same sense that Tarzan was a man, we are also told to distinguish human beings solely by one or other of their genitive features. This makes the doublethink of Nineteen Eighty-Four seem straightforward or even lucid by comparison.

The article in the Dermatology Times points to a practical problem for dermatologists in their treatment of women-to-men transsexuals. These women are given masculinizing hormones that, among other side effects, result in the development of acne in up to a third of them.

Acne is a distressing condition and when it is severe enough can provoke suicidal thoughts. Moreover, one of the best treatments for acne is isotretinoin, a well-known side effect of which is suicidal thoughts sometimes resulting in suicide, even in those not previously suicidal. As if this were not enough, the rate of depression and suicide among such gender-diverse individuals assigned female at birth is already high—according to the article itself. What is the poor dermatologist to do? The answer is simple: prescribe isotretinoin and shift the responsibility onto a psychiatrist. If the dermatologist refers the patient to a psychiatrist but the patient nevertheless commits suicide under his treatment, it is then the psychiatrist’s fault, not the dermatologist’s.

Did the writer of the article use the term penis-containing partner spontaneously, or was it the end result of a serious deliberation, either on his part or that of the editor, as to what term would cause the least trouble with the intimidatory lobby that has, in the words of Rudyard Kipling, come up like thunder ’crost the bay, though in this case not from China? (In fact, how they must be laughing in China at this further evidence of Western decadence.)

It is possible that I am mistaken, of course, and that thorough research would prove me wrong, but I do not think that anyone would have used the expression penis-containing partner ten, maybe not even five, years ago. It seems that civilizations go bankrupt like people, first slowly, then quickly.

There are several wider cultural trends discernible in the current agitation over transsexualism, or whatever name one wishes to give it. (“Words are wise men’s counters,” said Hobbes, “they do but reckon by them: but they are the money of fools.” It is only fair to add that, with inflation, money could soon become the money of fools.)

The first cultural trend is an increasing reluctance to accept any limitation whatsoever to the satisfaction of one’s desires that are placed by circumstances beyond one’s control, that is to say an exaggerated or exacerbated Prometheanism: You can be anything you want, without limitation, and therefore you do not have to accept anything you were born with as ineluctable. In such a culture, death itself becomes unacceptable, an insult to our desired omnipotence; it is not any particular kind of death that we reject or fight against, often with success, but death itself.

The second trend is to magical thinking, despite the supposed rationality of our age and its vaunted defeat of superstition. We believe that we can change reality by means of mere verbal incantations. If we alter our language enough, reality itself will change. Some element of this belief can be found in the philosophy of Wittgenstein, though he was probably more in tune with the future trend than creator of it. Thus, if we go on saying long enough that women who take male hormones are men, and outlaw the opposite proposition, such women will become men.

The third trend is the worship of power. The object of deliberate language change is not to improve the state of the world, or even anyone’s state of mind, but the exertion and consolidation of power for its own sake. One glaring example of this was Ataturk’s language reform in Turkey: In a matter of a few years, an entire people was cut off from all of its past and history and had therefore no option but to cleave to the new dispensation, which even Erdogan has not been able to change in many respects, notwithstanding a little Busby Berkeley-style choreography and costume-dressing.

The fourth trend is centralization of the marginal; that is to say, a marginal phenomenon such as transsexualism comes to occupy the center of intellectual attention. To employ a different metaphor, the tail wags the dog.

The fifth trend is to the increasing spinelessness or cowardice of much of the intelligentsia, who in this case have proved themselves astonishingly easy to intimidate, a pack of intellectual Neville Chamberlains (but Chamberlain had more excuse, for he had lived through the horror of the First World War, which he did not want to repeat). Nothing has proved too absurd for this intelligentsia to swallow; indeed, the swallowing of absurdity is easier for the intelligentsia than others, for rationalization is their métier. There is no point in being an intellectual if you think only what everyone else thinks.

The most important question is, What next?—for there will be a next, because transgressive reform is what gives meaning to life in the absence of any other meaning. My money is on incest, against which there is no rational argument these days, given the availability of birth control and abortion and the moral authority of mutual consent.