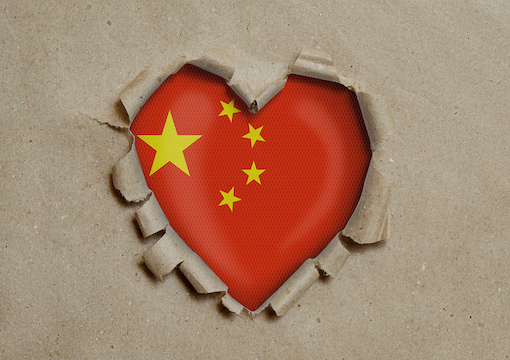 I call it “FrankenCovid”—the theory that Covid-19 was created by scientists in a Wuhan lab and released either on purpose or by accident. Adherents hold that the proven sequence of events that led to SARS and MERS (bat to intermediary to human) is, for unexplained reasons, not the path taken by Covid, even though scientists believe it is.

FrankenCovid is all the rage on the right, which is unfortunate. Leftists have been protecting the barbaric Chinese wet markets by screaming “racist” at all who dare call attention to those disease-hatching abominations. But thanks to FrankenCovid mania, rightists, rather than standing up to the left’s racial demagoguery, are allying with the left to absolve the wet markets.

China-born Kathy Zhu is the Miss Michigan who became a conservative darling after she supposedly lost her crown for supporting Trump. A panda of little brain, Zhu quickly established herself as a typical big-tent Charlie Kirk “staple green cards to the diplomas” neocon. She accumulated an impressive social media following, and clashed frequently with alt-rightists and “groypers.”

On Jan. 23, Zhu tweeted her theory of Covid’s origin: The “wet markets” were framed! Chinese culinary practices are blameless; the disease came from a commie lab:

I’m Chinese. I’ve eaten a lot of crazy stuff because I love experiencing life. Do NOT blame innocent Chinese people for this virus. Sorry I don’t eat processed “chicken” nuggets that isn’t even chicken. The CN gov is trying to cover up the fact that a biolab with the world’s most hazardous viruses opened months before the virus outbreak. It’s sad that you guys are falling for the CN gov’s words. They blame innocent Chinese people rather than themselves. Blame the gov, not the people.

Zhu’s theory, based on a lie (the Wuhan Virology Institute’s BSL-4 lab began trial operations in 2015, not “months before the outbreak”), was intended to counter the “racist” claim that Chinese culinary practices, which have a rich history of birthing zoonotic diseases, had birthed a zoonotic disease. Zhu was skewered by “groypers,” who (correctly) pointed out that she’d crafted a “conspiracy theory” to deflect from a pandemic caused by her beloved bushmeat.

Turns out Zhu was ahead of her time. Three months after her tweet, there was Steve Bannon on Fox News, regurgitating Zhu’s talking points. After being asked by Maria Bartiromo if Covid was a “deliberate” biolab release, Bannon responded:

What the hell? How did the “wet markets were framed by mad scientists” theory go from a complete invention concocted by an ethnocentric bimbo Chinawoman to a talking point espoused on national TV by Steve Bannon? It certainly has nothing to do with evidence; the theory is as unfounded now as when Zhu first presented it, and when I debunked it earlier this month.

Given that history, what kind of dipstick would look at a deadly pandemic from China and say, “Hmm…this is out of the ordinary. Must be the work of a mad scientist!”

After SARS ran its course, experts warned that the Chinese wet markets and exotic-animal trade would produce another, worse pandemic. The Chinese government tried to shutter the markets, but the Chinese people demanded their return. And again, scientists in America, Europe, and Asia predicted a new zoonotic pandemic.

“Rather than standing up to the left’s racial demagoguery, rightists are allying with the left to absolve the wet markets.”

A 2017 study by scientists from the University of New South Wales and the University of Texas, Austin, specifically identified Wuhan as a “high risk area” for zoonotic pandemics because of its wet markets. The study recommended the closure of Wuhan’s live-animal markets, but the authors admitted that such actions would meet “public disapproval” (a reference to the Chinese public’s revolt against government attempts to shutter the markets after SARS).

In February of this year, The New York Times declared that it’s racist to blame the wet markets for Covid (while acknowledging that the wet markets probably were to blame), and in March and April, two identically worded (by different authors) wet-market defense pieces appeared in Bloomberg and the L.A. Times…so identically worded, it’s impossible to read them without sensing the invisible hand of CCP propagandists. The New York Times also attacked trade czar Peter Navarro for calling China a “disease incubator” in his 2006 book The Coming China Wars. In fact, in that book Navarro specifically predicted that a major zoonotic pandemic would emerge from China’s animal markets.

Navarro predicted it in 2006. But last week he told Fox News that Covid came from a lab. His evidence? “The ground zero for this virus was within a few miles of that lab”…a complete lie (the virology institute is thirty minutes away—and on the other side of the Yangtze—from the initial infection cluster). Pardon my language, but…what the fuck? When has a politician ever refused a victory lap for a bullseye prediction? Politicians lie every day, but never to avoid taking credit for calling something right.

The Chinese aptitude for birthing pandemics offers one of the best possible rationales for immigration restriction, which makes it baffling that some immigration hawks are shying away from that talking point. Spanish flu spread to the West via Chinese labor. A hundred thousand Chinese laborers were brought to Europe to work for the Allies. In 1917 those laborers, many of whom were carriers of the flu that would soon devastate the world, sailed to Vancouver, and were sent to Halifax via sealed trains (inadvertently saving the Canadian interior from early infection). From Halifax, they sailed to Europe.

Imagine if the Chinese Exclusion Act had not been in effect in the U.S. at that time, and if we’d been routinely importing tens of thousands of Chinese laborers ourselves. The U.S. still suffered many Spanish flu casualties (due to servicemen returning home), but in theory we could’ve been ground zero had we been a prime destination for Chinese laborers (as it is, we got a bubonic plague epidemic from the Chinese we already had).

Had we stayed out of Europe’s pointless war, we could’ve avoided the Spanish flu if not entirely, at least largely.

We take constant upbraiding from leftists about our “racist” immigration history without countering that imported Chinese labor damn near killed half the world. Banning such immigration was the right move back then, and banning immigration from all nations where pandemics continue to gestate is the right move now.

But no, let’s let the Chinese off the hook. It wasn’t them; it was Frankenstein. Hey—here’s a video of Liberians who refuse to stop eating bushmeat during an Ebola resurgence because they don’t believe in foodborne zoonotic diseases; they blame government conspiracies instead. Bannon, Navarro, and Tucker Carlson are spouting the same line as literal monkey-eating Africans. A proud moment for the right.

To be fair, some rightists are under the mistaken impression that the lab theory makes the Chinese more liable in a legal sense. Carlson said as much last week: A wet-market origin would not categorize Covid as “man-made,” but the lab scenario would. He’s dead wrong. SARS was man-made because zoonotic reservoir animals were crammed together in unsanitary conditions for food consumption. If a restaurant unhygienically stores and handles food, and customers get sick, that’s a man-made outbreak. If the restaurant had done it before, and, ignoring all warnings, did it again, that’s criminal.

The wet-market origin makes the Chinese more culpable. Lab accidents happen in civilized nations; wet markets don’t. The wet-market origin is uniquely Chinese and uniquely Third World. Vice is already arguing for federal hate-crimes charges for anyone who publicly tars Chinese culinary practices, and at least one police department has suggested it might make arrests to that effect. Which points to another possible reason FrankenCovid is so popular: Conservatives can avoid being called racist. There’ll be no hate-crime charge for pinning Covid on Doctor Moreau.

The popularity of FrankenCovid on the right demonstrates that even among immigration hawks, there’s still a huge reluctance to blame “a people” or make value judgments about cultures and ethnicities. And that’s why immigration restrictionism is likely doomed in the long run. Values-neutral nativism is a fool’s quest. If the West isn’t superior and the Third World inferior, if no one is primitive and nothing is barbaric, if it’s always the government and never the people, then why restrict immigration? To protect jobs? Okay, then what’ll your reason be once the economy recovers?

To be clear, once the virus began to spread, the CCP did plenty of foul things. And if we want to sanction China for its government’s actions in response to the pandemic, fine. But if those sanctions are based on the unfounded theory that the Wuhan lab caused the pandemic, then all China will need to do is show that the lab—which has always hosted international observers and scientists—is clean and secure, and those sanctions will lose their raison d’être. Meanwhile, the problem of China’s zoonotic outbreaks will go unaddressed, to the delight of Chinese officials happy to avoid the pushback that greeted the SARS market closures, and cowardly U.S. politicians and pundits who don’t want to appear racist.

“America First” Steve Bannon declaring that the Chinese are “the single biggest victims here” lays bare the emptiness of that catchphrase. FrankenCovid evangelists believe that Covid is lab-mutated SARS, and nobody denies that we only have SARS because of perverse Chinese animal consumption. So not even FrankenCovid acolytes should claim that the Chinese people are bigger victims than the millions of Americans whose lives have been ruined by this pandemic. Meanwhile, Tucker Carlson continues to churn out lies in defense of Chinese barbarity, stating on April 17 that the wet markets couldn’t possibly have birthed Covid because they don’t sell mammals—arguably the most blatant untruth uttered on any cable news show all year (and that’s saying a lot).