From Asheville to Trashville 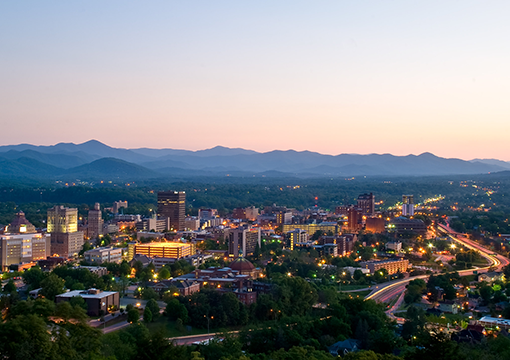 For all the blathering we’ve heard over the past few months about how “systemic racism” is the nation’s biggest mortal threat, it’s become sparklingly clear that the real problem is systemic stupidity.

The country is currently in the throes of fatal conniptions over idea that there’s some solution to “inequality.” Not for a second has anyone paused to ponder that perhaps the true cause of inequality is the fact that people aren’t equal—never have been, never will be.

Tucked away in the beautiful Blue Ridge Mountains, Asheville, NC would be a little slice of paradise if it weren’t infested with Marxist bluehairs transplanted from the Northeast who see it as their solemn moral obligation to carpetbag the local blacks into endless frothing fury about the supposed indignities of being black in America, as if it’s not measurably better than being black anywhere else on the planet.

Asheville’s mayor, Esther Manheimer, wasn’t even born in America. Despite the fact that the town is nearly 80% white, there is only one white male on its seven-member City Council. There are two blacks, and as is the wont of black politicians, their entire political world consists of endlessly announcing their blackness to startled passersby. But it only takes a brief glance at both of Asheville’s black City Council members to realize they’ve both been living off the fat of the land in ways that would be unimaginable back in the Motherland.

But unlike most modern white politicians, at least black politicians grasp that politics is the art of taking things from other people without having them kill you. And last Tuesday—a day after the U.S. Conference of Mayors endorsed the establishment of a commission to study exactly how much they think black Americans are “owed” for slavery, all seven members of Asheville’s City Council approved a “RESOLUTION SUPPORTING COMMUNITY REPARATIONS FOR BLACK ASHEVILLE.”

The resolution mentions slavery, segregation, incarceration, redlining, blockbusting, gentrification, discriminatory wages, “food deserts,” and even the idea that blacks are purposely being forced to live in environmentally toxic sites as part of some grand extermination scheme. It mentions “disproportionate…mortality rates,” ignoring the fact that black women live longer than white males do in America.

As is the fashion these days, it blames all black suffering on everything but black people.

It specifies that the “reparations” will not come in the form of direct cash payments to blacks but rather as “investments” in black communities, which is a nice way of saying more tax money gets diverted to Democratic political tokens whose jobs are symbolic at best. In fact, the Asheville City Council possesses no legislative power to divert revenue to black communities; it’s something they’d have to beg the State of North Carolina to do on their behalf.

Since “justice” is a subjective thing, it’s impossible to put a price tag on it. But if people truly understood what the word “reparations” means, it would mean returning black Americans to the conditions they’d be “enjoying” if they’d never been sold into the West African slave markets. In other words, both their lifespan and their income would be severely curtailed.

Keith Young—who represents the obese black male population of Asheville, as opposed to Sheneika Smith, who was apparently voted into office to represent Asheville’s corpulent-black-female contingent—just HAD to mention all the black blood that’s supposedly being spilled by whites:

Hundreds of years of Black blood spilled that basically fills the cup we drink from today. It is simply not enough to remove statutes. [sic] Black people in this country are dealing with issues that are systemic in nature.

A local black “activist” named Rob Thomas acted as if the bill was a legitimate attempt to arrive at a price tag for black suffering: “This many people died. This much money was taken out of the black community and it would equal this much today. We’re asking for people to do what is right.”

OK, then I’m going to ask people to do the math. I’m being generous, because I’m granting them the assumption that they’re capable of doing the math.

We are told that all of America’s wealth was built on black slavery. This “idea” fails to account for three crucial realities: 1) If that was remotely the case, the South would have won the Civil War without breaking a sweat; 2) Any wealth created by slavery was obliterated at the end of the Civil War; 3) If all blacks need to do in order to build economic superpowers was labor-intensive agricultural work, why have they proved incapable of recreating the Southern Miracle anywhere in sub-Saharan Africa?

Proponents of reparations for blacks argue that those who survived the Holocaust and Japanese internment camps during WWII received payments, but they’re referring to those who actually lived through the events rather than “inherited” their alleged “effects” six or seven generations later.

Is black American poverty proof of American racism or proof that blacks bring poverty with them wherever they go? Isn’t the fact that blacks live in more impoverished conditions when there are no white people around evidence that it’s actually beneficial for them to be around white folks?

I realize it’s hateful to ask questions, but these questions ask themselves.

Apparently the fact that around 550,000 white soldiers died in a war that reparations advocates insist was fought to end slavery doesn’t enter into their accounting of what’s supposedly owed. It matters not a whit that this tally of dead white bodies from the Civil War alone outnumbers the total number of black lynching victims by a factor of more than 100 to 1.

How the hell do you even tabulate the degree to which black people have been “exploited”? Why is it permitted—actually, it’s encouraged—to compare their conditions to American whites but never to African blacks? If you want to see how black people prosper when there aren’t any whites around to oppress them, take a gander at Haiti. And if you want to bring up a truth that’s so uncomfortable it will make their thighs chafe, remind them that blacks already benefit from slavery’s legacy merely by living in America. In the painfully truthful words of black writer Walter Williams:

Though it’s not politically correct to say, today’s blacks benefitted immensely from the horrors suffered by our ancestors.…Had there not been slavery, and today’s blacks were born in Africa instead of the United States, we’d be living in the same poverty that today’s Africans live in and under the same brutal regimes.

We’re supposed to believe that all whites benefited tremendously from the black slave trade, despite the documented fact that not only did black slavery suppress wages and destroy opportunity for the vast majority of Southern whites, it was designed to do precisely that. And 150+ years after the fact, we’re expected to swallow the idea that the only way that modern low-income whites can atone is for them to pay taxes that will be funneled to blacks, even if the white taxpayer pumps gas for a living and the black beneficiary is a doctor.
And who pays? Would all black taxpayers be exempt, even if they’re descended from black slaveowners or northern blacks who were never enslaved? What if they’re part of the 10% or so of American blacks who weren’t even born in the USA? What if, like Barack Obama, they’re descended from slaveowners?

Would all white taxpayers be forced to pay reparations, despite the fact that at the peak of slavery in 1860, only about 1.5% of white Americans owned slaves? How about the fact that since almost all historians agree that two-thirds of whites who came to the colonies arrived in some form of bondage, whites are far more likely to be descended from slaves than from slaveowners? What about the endless millions of whites whose ancestors came to America after 1865?

Where are all the calls for Arabs to pay reparations for enslaving at least as many African blacks as Europeans ever did? And since about 90% of Africans transported to the New World had initially been enslaved by other Africans, where are the calls to hold their African ancestors financially liable?

And exactly how much have they deluded themselves into thinking they’re owed? Robert L. Johnson, founder of BET, pegged the price tag at $14.7 trillion and is encouraging a one-time cash payment of $350,767 to each American black. A recent article in Review of Black Political Economy set the bar much, MUCH higher—a total of $6.2 quadrillion, which would result in cash payments of $151 million to each black American, at a cost of around $19 million to each taxpaying American.

To reiterate, all this nonsense is based on the lie that American blacks are STILL being economically exploited. But that’s not what the statistics say. In real dollars and cents, whites—the alleged exploiters—pay nearly $3,000 more per capita every year in taxes than they receive back in government benefits, whereas your average American black receives about $10,000 more per year in government benefits than they contribute in tax revenue. Every year, blacks take about $660 billion more from the public cookie jar than they contribute to it. When you factor THAT into your math, you might conclude that reparations have already been paid—with interest.

As hopelessly stupid as it all seems, though, we must remember that intersectionality can be our friend. My dream scenario would be for Asheville’s recent reparations bill to cause a massive influx of money-lovin’ blacks into the city who slowly but inexorably drain the town of all economic vitality and livability.

Then, just when it seems as if Asheville will be consigned to the ash heap of history, some cunning Native American lawyers will swoop in and remind everyone that the city is built on Cherokee lands and that everyone who isn’t an Injun needs to evacuate by midnight.