From Purple Hearts to Pink Badges 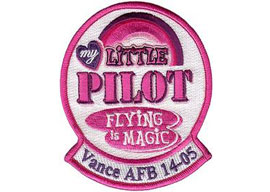 Am I alone in suspecting that most fallacious arguments“those tedious rules of the rhetorical road”were cooked up by stuck-up mediocrities to keep their betters from winning debates?

Some of them are sound, of course. Tune in to any cable news program at random and you”ll behold species of straw men that would put Ray Bolger to shame.

But let’s face it: Some slopes are slippery, and “association” can be a pretty darn accurate indicator of “guilt.”

Of all fallacies, ad hominem endures the harshest abuse, yet we all know in our hearts that it really does matter that Michael Moore is fat.

Which is where Bradley Manning comes in.

“It is my sad duty to inform you that the Air Force has been infiltrated by bronies.”

The “emaciated and effeminate“ Army private who passed intel to Wikileaks looks like a cross between an amateur drag king and the “before” photo in a protein supplements ad.

Was Manning a heroic whistleblower or a traitor?

Isn”t the more pressing question really “What the hell kind of army lets a twink like this join in the first place?”

Yes, I know: “Don”t ask, don”t tell” and all that. Except I”m not concerned about Manning’s sexuality per se, which I suspect is more “a-“ than “homo-.” I”ll leave the “gays in the military” debate to those actually in uniform, except to say I”m certain that many homosexuals in the US Armed Forces serve with honor and distinction.

No, I”m talking about standards, both physical and psychological. Is the Army (and other branches) so desperate for literate, law-abiding, non-obese warm bodies that they”ll not only accept a spindly, troubled nonentity such as Manning but make him a “military-intelligence analyst“?

(Never mind the inevitable Bill Mauldin-era “oxymoron” joke; how does an undistinguished 22-year-old get to be an “analyst” of anything except perhaps Lady Gaga lyrics or some other pop-culture detritus?

It is my sad duty to inform you that the Air Force has been infiltrated by bronies.

It’s a fandom of relatively recent vintage, dating back only a couple of years. Bronies rather unconvincingly insist that the show’s animation is first-rate and the writing top-notch, sounding like men who used to insist they read Playboy for the articles.