From Scopes to Snopes 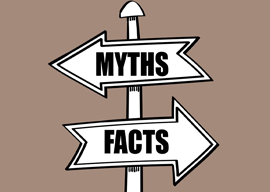 Being a conservative who knows and loves film, music, books, TV, and other facets of culture (pop and otherwise) can be brutal.

No, I bear a heavier cross within the wider online world, which is, of course, default leftoid. During the Republican National Convention, for instance, I noticed that “Rock the Casbah” was trending on Twitter. You see, the RNC’s house band had performed the Clash’s hit, and how DARE they? “Joe Strummer,” read tweet after unoriginal tweet, was “turning over in his grave.”

“You know what that song is about, right, poseurs?” I couldn”t resist responding. “The Taliban forbidding music? Hey, what religion are the Taliban again?” I helpfully attached a quotation from a distinctly pre-embalming (and post-9/11) Strummer sounding fairly, well, Trumpian.

“The side that’s been fictionalizing the official narrative for over a century has seemingly developed a late-onset passion for “facts.””

Shifting from music to movies: So what if the letters “TCM” are pretty much burned into the lower right corner of my TV? I don”t get to blissfully geek out at their Movie Morlocks blog, because every third post cooks up some excuse to mention McCarthyism and the Hollywood Ten, which in turn obliges me to thanklessly correct the historical record in the comments.

My most recent one-sided battle there started thanks to one blogger’s glib gloss on a scene from The Life and Death of Colonel Blimp (1943). The British-officer hero, a WWI veteran, is gravely informed by his best friend (and former enemy)”a German”that his new Nazi foe won”t play by the “gentlemanly,” “sportsmanlike” rules of war. The painful paradox? Unless the civilized Allies fight as ruthlessly as the uncivilized Axis, they will lose.

When I opined that this searing speech was in fact more relevant than ever, given, say, the castrations and eviscerations carried out by Muslim terrorists in the Bataclan, every commenter blew the left’s best-loved rhetorical referee’s whistle:

Snopes.com is to fact-checking what Google is to search: a venerable first-stop, last-word online institution. David and Barbara Mikkelson, the husband-and-wife founders, started debunking urban legends back when the internet was still the World Wide Web”and Bill Clinton was president. All those “rumors” spread about the president and first lady by the so-called “vast right-wing conspiracy” kept Snopes awfully busy.

For almost as long, conservatives have accused the Mikkelsons of left-wing bias, and even being on the Soros payroll. These charges have amplified now that another Clinton is picking out Oval Office curtains. Once confined to tacky, hysterical emails, these complaints are now turning up at mainstream (conservative) outlets like the Daily Caller, which has been waging a mini-crusade against Snopes in general and contributor Kim LaCapria in particular.

Indeed, LaCapria is that particular “openly left-leaning” type (her words) who uses expressions like “teahadists” and mocks “panic” over welfare fraud as a Republican fever dream.

After the Orlando terror attack, LaCapria claimed that just because Omar Mateen was a registered Democrat with an active voter registration status didn”t mean he was actually a Democrat. Her “fact check” argued that he might “have chosen a random political affiliation when he initially registered.”

Now, this particular “evidence” is especially fascinating because it accidentally echoes a talking point that pops up in almost every glowing profile of the supposedly stringently objective Mikkelsons: David insists he’s “apolitical,” his voter registration reportedly shows no party affiliation, and hey, Barbara is a Canadian citizen anyhow. So there.