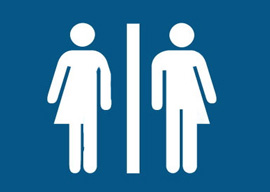 Having spent over half my life in the professional company of academics, I can state with certainty that gender-neutral societies suck. Admittedly the university is not yet antiseptically free of gender references. It continues to offer the kind of BS known as “Women’s Studies,” a pseudo-discipline usually taught by creatures who bear less likeness to what I regard as a female than my flirtatious dachshund named Minne.

But the yap-yap about “recruiting more women” for teaching and administrative posts does not hide the fact that nowhere else have gender identities been so thoroughly blurred as they are in universities, all in the name of “gender equality.” One can hardly tell the sexes apart in academic nuthouses, although the women there seem strangely masculine and the “men” far less so. But these blurred gender identities may be the cost of moving toward an “equitable society.” Such a society can presumably exist only if we are willing to push the experiment up to the point where we start to treat everyone as if they were the same. There is still some bending and wrenching to be done before we reach that bliss.

“Nowhere else have gender identities been so thoroughly blurred as they are in universities, all in the name of “gender equality.””

This porno seemed so exciting because girls were creatures entirely apart from us. They were not coworkers who were to be treated in the same way as males and whose gender distinctiveness was not to be openly noted, lest we did something that was actionable or which could result in a female superior canning us. Female distinctiveness and the accompanying mystery were integral to our interest in the opposite sex. The girls we found attractive were not sexless or shrewish. They looked like Marilyn Monroe and other pneumatic movie actresses. We were, by current PC standards, irremediably sexist. But we were attracted to female physical characteristics that contributed to their childbearing and child-nurturing strengths. There was a fit between what drew us to the mysterious other sex and what suited the begetting and rearing of families.