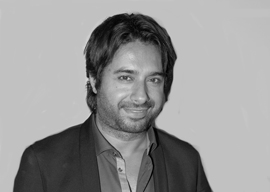 Oh, great: another Canadian Muslim on a rampage.

Don”t worry, I don”t mean that some self-styled Islamic terrorist is killing our men in uniform again. That was last month.

For those fortunate few who swerved to avoid this pileup”helpfully distilled in this easily digestible video backgrounder“here’s the executive-est summary I can manage (after numerous drafts):

Ghomeshi, 47, is a hugely popular-in-Canada radio host. Seemingly out of nowhere, he faced lurid accusations of physical and sexual assault by a former female romantic interest. Then another. And another.

A predilection for kink, while apparently a job requirement at the BBC, is a firing offense at its Canadian cousin. At least, that’s how Ghomeshi spun it in his $55-million wrongful dismissal suit against the CBC, after they hurriedly kicked him to the curb.

“If genuine seekers must struggle to break into the media in Canada, one reason is that, unless your surname is Fulford, Richler, Paikin, Frum”or you”re Trudeau spawn, however tangentially”you”re more screwed than one of Jian’s conquests.”

In a lengthy Facebook cri de coeur, he tried to head off the burgeoning scandal by claiming that all these encounters had been consensual.

In a stunningly tone-deaf sign-off”given that Corporal Cirillo was just then cooling in his casket”Ghomeshi promised some hundred thousand admirers (some of whom are known to put the “-atical” in “fan”) that he”d bravely “soldier on.”

Briefly, he was buoyed on a wave of support. Then the accusations kept coming, and rapidly resolved themselves into a pattern:

Women half his age, many of them aspiring broadcasters or “culture workers” of some sort, had been hit on”then literally hit”by Ghomeshi.

None of them went to the police.

As of this writing, three women have finally filed assault charges against Ghomeshi. An additional six have made accusations in the press.

Now: I don”t care about what Ghomeshi did in his bedroom. That sounds corny and even odiously “liberal,” but I mean it.  In fact, while reading his TMI Facebook post two Sundays ago, I curled into an empathetic, kyphotic cringe.

Look, I couldn”t find the CBC on the dial. Ghomeshi’s appeal has always escaped me. He looks and talks like a typical Toronto leftist beta male. (In fact, the initial reaction to the scandal was a nationwide: “You mean he’s not gay?!”)

But this mess was one of those “naked in public” dreams, except it was happening to a real person. Could any of our lives withstand such scrutiny? I wondered. And besides, witch hunts and moral panics, especially sexual ones, are deadly to the body politic.

My only gripe is that we”re already forced to cough up $1 billion a year for the dubious privilege of being scolded by the CBC for not being sufficiently compassionate or bright. Now my extorted tax dollars will be also financing both sides” legal bills. Then the inevitable Royal Commission(s). And “on-site grief counseling.” And God knows what all.

No, what fascinates me is the left’s reaction to what is properly known as Ghomeshi-quiddick.

Of course, they”ve stuck with that stale “-gate” suffix instead. Even when one of their own stands accused, they must remind us of a 40-year-old “right-wing” crime, despite the fact that Watergate, in the cosmic scheme of things, was basically a corpse-free, combination fraternity prank/blooper reel.

Now we”ve reached the stage in the news cycle where the liberal elites begin insisting that Ghomeshi’s meltdown helpfully provides us all with a “teachable moment,” the opportunity for a “national conversation.”