‘Hamilton’: The Obama Administration on Stage 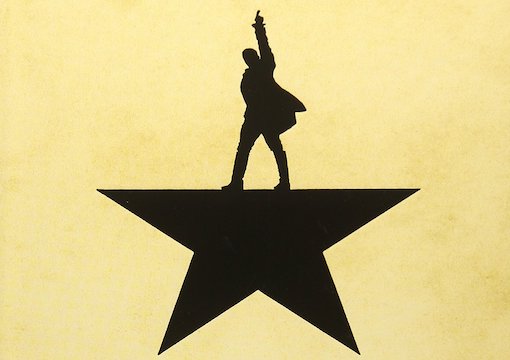 Before I finally watched Hamilton, Lin-Manuel Miranda’s colossally popular Broadway musical depicting the Founding Fathers as rapping Men of Color, I had never heard that it’s so childish. I don’t know how to judge hip-hop, but after a while the endless rhymes about the Constitutional Convention started sounding less like Eminem and more like Dr. Seuss. Hamilton is like if The Butter Battle Book took two hours and 45 minutes to recite.

My guess is that Miranda originally conceived of Hamilton as filling a market niche for parents who don’t want their sons to ruin the family’s costly evening out at the theater by constant eye-rolling. While girls naturally adore musicals, there’s normally barely anything on Broadway that boys would want to sit through.

So why not invent a musical about a boyish hero rising through war and politics only to die in a duel, a true story about the ambitious young man whose face is on the ten-dollar bill? (Granted, judging by that portrait, Hamilton, with his nose so sharp it could carve roast beef, was just about the whitest man ever. But who cares about racial reality?) In an age when Disney Princesses are vastly monetized on Broadway, why not a Disney Prince story about the first Treasury secretary?

So, Miranda left out of his musical most of that girly stuff like melody and harmony, and retold the rivalry of Alexander Hamilton and Aaron Burr as a Tupac vs. Biggie beef about New York City not being big enough for the two of them.

By the way, Miranda is a rare Broadway composer with a wife and kids. Interestingly, the one all-white character in Hamilton is King George III, who is portrayed as a mincing flamer. That’s a very old American stereotype about the English as gay that I haven’t seen much of lately. Yet, the king is probably the most entertaining character in the show. I can understand his diction and he is even given a mildly catchy tune to sing. (There are reasons that gays have traditionally dominated musical theater.)

“Hamilton Fever seems like one of those ever more common Emperor’s New Clothes episodes that American society subjects itself to en masse.”

Miranda’s inspiration to write a little musical about American history that boys would tolerate when their sisters demand to be taken to a show was a not unworthy one.

And, who knows, Miranda perhaps thought his show might even attract that legendary unicorn, the Diverse audience.

Ironically, however, Hamilton so precisely tapped into the ever-growing vein of childishness flowing through American culture that its tickets wound up being outrageously too expensive (with tickets on the secondary market selling for consistently four and supposedly even five figures) for most families, much less Families of Color.

Is it worth it? Judging from the video now streaming on Disney+, a debilitating problem is that Miranda is more ambitious than broadly talented. He cast himself as his own hero despite having a thin singing voice, not much dancing ability, and a shortage of charisma as an actor. Hamilton would be better if Miranda had crafted for himself a more modest role as The Narrator, and then hired somebody who could really sing and dance to be the star. (And he should also have hired a composer who could set his lyrics to better music.)

But…it’s hard to argue with a billion dollars at the box office. People just seem to like the guy and find his shortcomings as an entertainer an endearing reason to root for him as an underdog who has improbably made a fortune in showbiz.

Obviously, the extraordinary mania for Manuel among well-to-do white New Yorkers is also driven by him being the rare Puerto Rican-American who would take financial historian Ron Chernow’s 818-page biography of Alexander Hamilton on vacation for some beach reading. By the way, in 2011 Miranda tweeted his SAT score:

The wealthy want to encourage other Puerto Ricans to be more like Miranda, so they expensively pat him on the head as their token Stuff White People Like Nuyorican.

Did anybody drop several grand to take the family to Hamilton and come away disappointed? I haven’t heard anyone publicly admit that, although Hamilton Fever seems like one of those ever more common Emperor’s New Clothes episodes that American society subjects itself to en masse, such as George Floyd reverence.

Who can afford to see Hamilton? Well, Wall Street guys, most obviously.

Hamilton is the Obama Administration on stage: Change the color of the leader to distract from how Wall Street is continuing to do its thing. Alexander Hamilton, a notorious plutocrat, the most reactionary of the Founders, has now been retconned into a sort of Honorary Nonwhite. Not surprisingly, Democratic Treasury secretaries like Jack Lew, Timothy Geithner, and Bob Rubin love the piece.

Of course, Hamilton himself would likely have a cynical chuckle over the fact that more than 200 years after he (knuckleheadedly) got himself killed, Wall Street is so vastly rich that financiers are the main class who can comfortably afford to see a play about his life.

How would the actual Hamilton have wanted to deal with today’s Mostly Peaceful Protesters? We can guess from his frantic demands that President Washington march on the Whiskey Rebels in Western Pennsylvania and hang their leaders for treason. (The more moderate Washington led a 13,000-man army, but then was able to overawe the uprising with little bloodshed, followed by some reconciliation.)

In the millions of words written about Miranda, few have been published about his family’s role in Puerto Rican nationalism, even though that is clearly extremely important to him. Miranda’s relatives were among the more distinguished people of Puerto Rico, what Jefferson might have called the “natural aristocracy” of that island nation.

This helps explain Miranda’s identification with the American revolution. Like the men of 1776, his ancestors felt they deserved to rule their own land, a not unreasonable aspiration. (But the Puerto Rican people they hoped to lead failed them, allowing themselves to be bought off by American lucre.)

Miranda derives his passion for the now almost forgotten cause of Puerto Rican nationalism from relatives like his great-uncle Gilberto Concepción de Gracia, who founded the Puerto Rican Independence Party in 1946 after serving as the lawyer for Puerto Rico’s would-be strongman Pedro Albizu Campos, whose followers nearly assassinated Harry Truman in 1950.

Miranda is an ardent supporter of Puerto Rican nationalist terrorist Oscar López Rivera, who was commuted out of prison by Obama in 2017. Miranda welcomed him back with a benefit performance of Hamilton in a theater that Lopez Rivera’s Marxist FALN had bombed in 1976.

This family history helps explain Miranda’s ideological eclecticism: Puerto Rican nationalism had to be a big-tent movement, with both communist and fascist-leaning wings.

Ironically, in the Overton Window of 2020, Miranda now represents the Acceptable Extreme of conservative patriotism. Hamilton implies that we don’t actually have to blow up the statues of the Founding Fathers for being white after all. Instead, we can just give them wider noses.