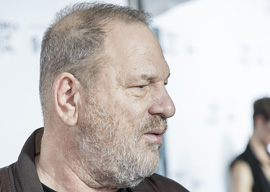 Experts. Oy vey, do I have experts! Social media is nothing if not filled with experts, and nothing brings them out of the woodwork quicker than some large-scale disaster. Two weeks ago, it was the Las Vegas shooting, a man-made catastrophe about which many open questions remain. Wait, did someone say open questions? Bring on the experts! Experts on guns, experts on bullet wounds, experts on mufflers, bipods, and bump stocks. I am not an expert on any of those things, so I listen and try to learn. But then came the Las Vegas experts—the ones who claim to know everything about the town, the hotels, the culture, the lifestyle. Now my ears perk up, because for pretty much my entire life—since childhood, in fact—Vegas has been my second home. I love the town and I know it quite well. And it didn’t take me long to realize that these conspiracy-theorizing “experts” had never set foot in Vegas, let alone one of its hotels. The nonsense they spewed was, quite frankly, painful to witness.

“Who checks into a Vegas suite with ten bags?” “Why would a hotel allow a high roller to check in with ten bags?” “How could Stephen Paddock have hauled ten bags up to the 32nd floor?” “What kind of room has two windows?” Yes, there is such a thing as a stupid question. Anyone who is a Vegas regular knows that checking in with multiple bags is commonplace, bellhops have fancy contraptions called “luggage carts,” and many suites have two bedrooms, each with its own window or windows.

This is what happens when people try to be experts on matters about which they know nothing. You get breathtaking displays of stupidity.

Such experts some of you are.

“The fact is, most of the time, actresses don’t have to sleep with a guy to get cast.”

I emailed Mr. Einzig to ask about his experience working in the entertainment industry. He seemed almost proud to say he had none. That’s pretty ballsy. If I had all the free time in the world, I’d write a travel guide called The Sights and Sounds of Naples, purely in the hope that one day someone would ask me, “Where’s the best nightlife in Naples?” and I could reply, “Fuck if I know—I’ve never been there.”

Up until 2013, Hollywood had always been my day job (because believe it or not, Holocaust revisionism pays poorly). I was never a big player in Tinseltown; it was just steady work for three decades. I’ve worked with the studios and the networks, A-list casting directors like Deb Aquila, entertainment law firms like Greenberg Glusker, and I’ve hooked up billionaire dilettantes like Mark Cuban and Terry Semel with directors looking to fund their next project. I know this town pretty well, so maybe my word carries a little more weight than “Styx Einzig.”

No, every actress is not a whore. Hollywood has a structure; there is a “standard” way actors get cast, and the business respects those norms more often than it flaunts them. A casting director like April Webster has “made” far more careers than someone like Harvey Weinstein. The young lady who lives with me, my 22-year-old “Youthful Ward,” recently landed a role in an upcoming Warner Bros. “tentpole” blockbuster. The film’s first AD handled the casting, wardrobe fitting, and shoot scheduling. There were no blowjobs, no naked massages. To be clear, the sleazy stuff does sometimes happen, and every attractive actress, including those who’ve bypassed the casting couch, will have stories of being hit on. But that’s life. Let’s not allow disdain for Hollywood to turn us into SJWs who believe that being asked out equals rape.

The fact is, most of the time, actresses don’t have to sleep with a guy to get cast.

Now, don’t take that as a defense of Hollywood. This is a truly terrible place filled with ambition, vanity, greed, jealousy, backbiting, and bullying. It’s a horrible town, just not horrible in the way some of you think. No, there are no “Satanic pedophile rings.” The biz has pedophiles just as it has rapists, but it also has liars (like convicted fraudster Michael Egan) who make up stories about pedophiles and rapists. And Satanism? Directors only dabble in pentagram and devil-goat imagery because they know it cheeses off conservatives.

Is the business predatory? Absolutely, because it trades in beauty. Horny (often unattractive) men in power on one side, beautiful actresses with a different type of power on the other. But most people in Hollywood play the game skillfully. Typically, when there are hookups, the males do it in a way that never involves force or the threat of being fired, and the actresses use their attractiveness coyly, never descending into outright sluttiness (“I’ll blow you for the role, mister director!”). Both sides get to keep their dignity. The man doesn’t feel like he employed compulsion, and the woman doesn’t feel like she prostituted herself.

Harvey Weinstein failed to play the game with skill. That was his first sin.