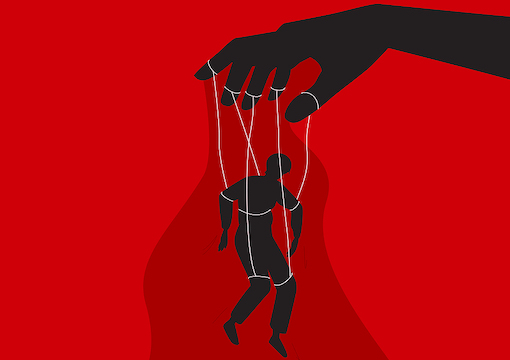 You know who probably got more tail than anyone in history? The first dude who was able to predict a solar eclipse.

Think about it. “Today I shall blot the sun from the sky! If you wish to escape eternal darkness, send me all your virgins to favor me with pleasure! And a few older, experienced chicks for the kinky stuff. Because they know what they’re doing.”

And at first the villagers are like, “Screw off, man; you can’t blot out the sun, you phony.”

But then the eclipse comes…and the mood shifts dramatically. “Forgive us for doubting you, all-powerful one! Please, take our virgins. And our skanks. Especially Lois. She does this thing with her tongue that, well, you just have to see it.”

According to the historical record, the first guy to accurately predict an eclipse was Thales of Miletus. And in this portrait he seems downright furious that he didn’t think of that virgin scam.

Of course, Thales had no real power. He “caused” no eclipse; he merely anticipated one.

Obviously, Thales’ scam would’ve upset a few of the townsfolk. Like Incellates of Blueballsus, who’d be furious that this loudmouth philosopher is getting so much action. But even though Incellates would despise Thales, he’d likely still fall for the “I made the sun go away” ruse.

Well, for the same reason that Alex Jones, Ron Unz, Joe Rogan, Tucker Carlson, and all the other…I don’t want to say “conspiracy theorists,” because I’ll get 300 indignant Twitter DMs from you guys (“Sir, do you not know that this term was coined by the CIA? The CIA, sir! Are you perhaps an agent?”), so I’ll just say “folks who buy into tales of human events being controlled by a hidden hand”—for the same reason these “hidden handers” are always worried about being death-rayed and FEMA-camped but they’re never worried about being anticipated. Hidden-hand fantasists see themselves as the biblical David. Goliath may be more physically powerful, but David is brighter. That’s why ideologues routinely inflate the power of their enemies. And it’s not just rightists; leftists still speak of “the all-powerful NRA” even though that org is an impotent shadow of what it once was. But rightists especially excel at getting lost in fantasies of all-powerful Goliaths who can only be stopped by the superior smarts of David.

But if your enemy scores victories not by using physical force or advanced weaponry but simply by figuring you out and anticipating your move, that means the foe is smarter. Goliath can outthink you. And since most hidden handers are pathologically narcissistic, it never crosses their mind that they can be out-thought.

Much as pet owners always come to understand their animal’s habits (“When the doorbell rings, Moochie runs into the closet”; “When he gets nervous, Rex chews on a slipper”), sometimes the bad guys aren’t “all-powerful” but simply observant.

The greatest strategic op of 2022 was the Democrat plan to boost MAGA GOPs in primaries in districts where a less Trumpy Republican might’ve won the general. It was an exceptional op, because it worked every single place it was employed. Few “actions” have a 100 percent success rate. This one did, and not because of killer robot Venezuelan voting machines or FBI spooks at Twitter or Mossad agents altering Kari Lake ballots. This op involved nothing more than anticipating the behavior of MAGAs and crafting campaign spots that would play to the MAGA mindset and make MAGAs forget about winnability in the general.

I’ll phrase it this way: Anyone who knows me knows that there’s a very specific type of woman, a very particular look, that I’m defenseless against. I can swear off women all I want (as I have), but put that one type of female in my presence, and all other thoughts go out the window. In this way, I’d be easy to manipulate because my behavior can be anticipated.

Dems studied the minds of MAGAs and led them right into a trap. No thought-control rays needed; just simple observation.

Notice how little mention is made in conservative media of the 2022 primary op, even though it’s the reason the GOP House margin is so slim even a serial fabulist like George Santos can’t be jettisoned. Rightists are uninterested in understanding how they were so easily anticipated; better to fantasize about Kari Lake losing due to a powerful conspiracy and not because she said, “I don’t want votes from McCain fans” and McCain fans granted her wish.

You can blame whatever you like for recent GOP defeats. But the fact is, as long as rightists remain predictable, the left has an advantage.

I could not have written a parody of defeatist conservatism as ludicrous as what Hillsdale’s Director of American Studies Dr. Kevin Portteus wrote in earnest last week. Portteus claims that the deep-state hidden hand is so impossible to defeat, conservatives might as well give up on elections because they’ve become “unwinnable” for Republicans. Indeed, he dismisses all practical, real-world avenues for fighting the left. Voting? Nah, forget it; the “finger” of the hidden hand “is on the scales.” To back up his claim, he cites a 2021 Time article about how Trump was defeated by hidden-hand ooga-booga. However…the Time piece details the various strategies the left (and anti-Trump Republicans) used in the 2020 election, and every one of them is something conservatives could copy and do. No hoodoo-voodoo, just studying and engaging the system.

But Portteus declares that the right must never do the perfectly legal things outlined in the Time article. Republicans must not “learn to beat the Democrats at their own game,” because it will “undermine norms.”

If Lee Atwater, the guy who gave Republicans victory after victory, the guy who invented new norms when the old ones were failing, the guy who saw the term “norm” as his to define, knew that conservatives today are being counseled that “it’s better to lose than violate a norm,” he’d return from the dead and kick Kevin Portteus in the nads.

And it gets worse. After telling rightists to abandon all attempts to use post-Covid voting rules and regs to their advantage, Portteus goes on to counsel, “[And] abandon using the courts, too.”

If the Democrats maintain control of the elected institutions long enough, they will either replace conservative jurists as they retire or die or simply pack the courts and be done with the matter.

Yes, his claim is, don’t try to effect change through the courts, because in the future new judges might reverse your victories.

That’s stupidity on a level beyond what I thought humans were capable of. I mean, then why do anything? Why elect a president? Eventually a new one will replace him. Why pass legislation? Eventually a new Congress might reverse it.

Leftists never succumb to such fatalism. They use the courts like masters, knowing that even a short-term victory can cripple a presidential agenda. The victory doesn’t have to last forever; just long enough. Leftists understand that a lower-court victory on open borders will let in millions of Third Worlders before the matter gets to SCOTUS; short-term victories on trannyism can normalize mentally ill men in the girls’ bathroom, so that even if SCOTUS eventually voids the law, a “new normal” will have taken hold in the years the case was winding its way through the circuit.

“Future courts can reverse your victories” applies to left and right. But whereas leftists pursue victories anyway, rightists are counseled to say, “Then why bother?” While leftist educators tell their students, “Go into the world and disrupt! Explore every avenue! Don’t let temporary setbacks get you down,” rightist “educators” like Portteus tell their students, “Aw shucks, your victories might theoretically be reversed in thirty years, so just give up now.”

So why’s this meathead doing this? Well, his imbecilic arguments are in service of trying to dissuade conservatives from supporting a Ron DeSantis presidency. Now, why would a pro-Trump, anti-DeSantis guy urge rightists to abandon all practical avenues (voting, the courts) for effecting change?

Rightists have always been susceptible to hidden-hand theories, in part because of the influence of Christianity (“We wrestle not against flesh and blood, but against principalities, against powers, against the rulers of the darkness of this world”), and in part because a people confronted with seemingly intractable problems (see last week’s column) will increasingly retreat into fantasy solutions (“National divorce!” “White homeland!”). Conversely, leftists totally wrestle against flesh and blood, and boy are they good at it. While rightists fight heroic battles in their mind against Baron Rothschild, leftists fight real-world fleshy foes, destroying young girls by carving them up in the name of trannyism, and destroying whites via laws, the courts, HR departments, academia, or just bashing them over the head as they walk to the store (when you wrestle against flesh, there are innumerable ways to inflict damage).

DeSantis has proven remarkably skilled at fighting real-world battles. He dares to engage the system, using all the practical measures for effecting change afforded a governor. He doesn’t run from problems by saying, “Ah nuts, why bother? In twenty years a new governor might reverse what I do.” And Trump understands—if not consciously, then instinctively—that he can’t beat DeSantis on real-world issues. Hence, he has to draw rightists into a fantasy mind-battle world against “dark rulers and principalities,” against “theys” that can’t be fought via practical “wrestle with flesh” means. Because once you become obsessed with a “they” you can’t actually fight, at the expense of fighting the “theys” you can, you’ll continually suffer real-world losses, which will cause you to further retreat into your mind.

And into the arms of the high priest offering the make-believe solution.

Of course, Trump can’t compete with DeSantis on the “do something for real” playing field because he’s not an officeholder. But he could’ve easily spent his time since 2020 influencing real-world affairs by using his money Soros-style. Instead, he spent that time raising money for himself, often deceitfully piggybacking on other candidates.

If the GOP ends up with a Trump/DeSantis primary showdown, Trump knows that his only path to victory is to pull you guys out of the real world and into a dreamland in which you help him battle Moloch (that’s why his Truth Social is littered with “retruths” about Moloch and other dark, unseen malevolencies).

That’s the trap to beware of in 2023. The left is anticipating that you’ll fall into it. That enough of you will follow Portteus and say, “These practical solutions are pointless; I’m gonna grab my Trump NFTs and have a cool mindwar in which Trump and I slay Astaroth!”

Leftists want you to check out.

They’re counting on it.

Follow the Portteus path, and you’ll become yet another easily manipulable non-threat. And not because some hidden hand is controlling your actions. You’ll be your own “hidden hand,” thanks to your predictability.