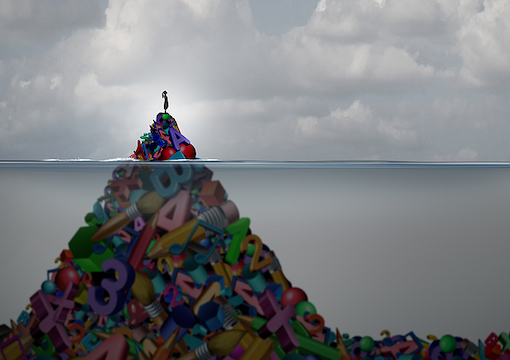 When I’m asked why I never had kids, my standard answer is, I’ve spent my life in mortal fear of being tethered to another human in a manner from which I can’t legally walk away if I choose.

That’s an honest answer, but it’s not the complete one. The second part, which I always leave out, is that I was petrified of having a tard. There’s no history of tardiness in my family. But no matter your family history, having kids is always a roll of the DNA dice, and I couldn’t face the possibility of having a child who would be, shall we say, more work and less payoff.

“Present-day black America is a bill come due.”

Folks say to me, “Dave, you’re 54 with no one to take care of you as you wither; you shoulda had kids.” Fair enough, but I’m also not guardian to some drooler who’ll be a dependent for life.

I chose not to roll them dice. The notion of inseverable legal responsibility, already a fear, was bad enough. But the chance, no matter how slim, of having a child with problems that become a lifelong burden for me was an outcome I wouldn’t risk.

I know parents—good, loving people—who have severely mentally disabled children. And I know that one way in which they cope is to adopt a worldview forced by circumstance and necessity: “That child is a gift! I wouldn’t change anything if I could.”

It’s a coping mechanism that’s humane, but more important, practical. There’s no changing the reality of the child’s condition, so put the best face on it. “That millstone is a blessing! That albatross is actually a majestic eagle.”

When a problem is intractable, when “fix it” isn’t an option, you cope, and sometimes that means detaching from reality.

Both families spawned—and coddled—mentally ill kids who went on to slaughter a bunch of innocents.

It’s easy for conservatives to say “the solution to mass shootings is lock up the crazies.”

“If only we had laws to put these loons away before they kill.”

Easy to say…until it’s your family. Until it’s your son or grandson exhibiting the symptoms of mental unwellness. “Lock the wacko in a padded room” sounds fine until that wacko is little Bobby, little sweetiekins, the bright-eyed boy who used to sit on your lap on Christmas Day with joy in his eyes. You remember what he was, so you can’t abandon hope that with enough love, he can be that again.

That’s the coping mechanism of parents of mentally ill kids. And it’s why the mass shooter problem has no final solution. Conservatives can blithely opine “once a young person shows signs of potentially dangerous mental illness, impound ’em.” But every youthful mass killer had someone who was trying to hold on to them, to “fix” them. Someone who wouldn’t give up. And you can deride those people all you want, but if your genetic dice had come up “schizo kid,” you’d be unwilling to relinquish the wacko to a padded room too.

That’s why the mentally ill shooter problem is intractable. Parents saddled with defectives must live with the hope that the condition is reversible. And most of the time they’ll live with that hope in the face of all evidence to the contrary. Because clinging to the dream that lil’ bright-eyes Bobbykins might return is the only way they can handle the burden.

So take the human factor—his little nutcase should be locked up, but my little nutcase is salvageable—combine it with a steady stream of liberalized laws since the 1960s preventing forced institutionalization of schizos who’ve yet to actually murder someone, combine that with a lack of political will on either side of the aisle to counter those laws (conservatives shat bricks last year at the very mention of red flag laws; if rightists don’t want to take guns from people accused by family members of being unstable, they’re not gonna back full-on institutionalization), and you have a problem that’s here to stay.

But a comparatively minor one; mass shootings are rare.

The big nightmare is the very real possibility that the problems with black America are intractable. That there’s a disproportionately large segment of black America that’s simply not salvageable by love, lucre, or religion. A segment that at best can be kept in check with rigorous sifting via lifetime imprisonment of the worst elements, and even that’s a half measure, and an impossible dream, as there’s zero political will at present to return to the “life sentence for the third-strike black pizza thief” days of the 1990s. Neither the left nor the establishment right will ever go there again (and the far-right? Those loons are lost in bullshit fantasies of “national divorce” and “white separatist homelands”; their penchant for big dreamy fairy tales takes them out of the game regarding practical solutions).

I have a theory that American Injuns fucked up this country somethin’ awful by being so easily killed and pacified. It’s really quite astounding the speed with which the natives were vanquished. It doesn’t mean they didn’t fight hard, it doesn’t mean they didn’t score some early victories and even a few meaningless later ones (i.e., Custer). But Jesus, they got cleansed from a continent with a historically unparalleled rapidity, and then, once pacified, they gave up. No guerrilla wars, no terrorism. By the end of the Civil War, it was clear that the Indian Wars, though not over, were a simple matter of mopping up (those no-immune-system alcoholism-prone wood-and-stone hunter-gathering featherheads never even tried to spike rails or cut telegraph poles at a time when that would’ve crippled American expansion).

I think white America got spoiled, and tricked into believing that all racial problems could be handled as easily and with equal finality. You see that in the Reconstruction-era document I wrote about last year; Radical Reconstructionists dismissed the possibility of widespread future racial problems in America, assuring Congress that blacks would never leave the South and race mixing would never become commonplace because mixed-race children were genetically sickly and would simply die off.

“We coughed on the Indians and gained a continent. Now we just have to cough on the mulattoes and again, problem solved!”

I should add that Hitler routinely cited the fast, total defeat of American Indians to justify his plans to liquidate Slavs and take their land. In a way, Indians scored a posthumous victory over the white man, as their complete collapse and total pacification ended up tempting whites to embark upon further settler-colonial adventures, all of which ended in disaster.

Post–Civil War American whites were convinced that “pacification” of blacks would simply mimic that of Indians. Blacks would stay on their “reservation” (the rural South), there’d be no violence provoked by anger or bitterness, no desire for vengeance for slavery and mistreatment. And the uppity ones could be kept down by law and vigilantism.

That was the fantasy. But present-day black America is a bill come due. A bill temporarily deferred by the South’s use of brutal racial terrorism once Radical Reconstruction ended. A bill made inevitable by early-20th-century U.S. importation of millions of Eastern European Jewish “permanent revolutionaries.” A bill made even more inevitable by the 1960s social liberalization that transformed the entire West, and the 21st-century refusal of both U.S. political parties to advance any policy that might be seen as hostile to blacks.

It’s a frightening and depressing notion. That there really is a “racial reckoning,” not as the left presents it (“it’s time for America to finally do right by blacks!”), but rather a predestined fate involving a segment of the population that has issues that neither love, tolerance, flag pins, nor welfare can overcome. And everything up till now has simply been putting off the inevitable. And here we are, finally facing it: The will to sift is gone, the inhumane brutality of the past that kept the problem at bay can’t return (thankfully), and the reality sinks in.

I was seized by this somber notion last year while arguing with a Rick Caruso staffer regarding the mayoral candidate’s refusal to mention the word “crime.” My initial anger at camp Caruso’s pussified campaign gave way to the realization that even if Caruso had run on crime and won, L.A. will only have lower crime stats once our last remaining black neighborhoods are finally pushed out. Policy barely matters; our salvation will come from our demographic shift.

As someone who spent his youth in black schools—good, safe schools that gave me nothing but happiness (due to ruthless sifting via Daryl Gates-era expulsions, arrests, and incarcerations)—I hate the notion that our crime crisis will disappear once our blacks do.

But it’s most likely true.

Black unsalvageables are America’s “special needs” children. And we’re tethered to them. We can shift them from one city to another, one state to another, but there’s no avoiding the obligation. We birthed it, it’s ours. And I want to be very clear that this is as much a problem for high-functioning blacks as it is for whites. Hell, they have to deal with the burden of their special-needs kin more than anyone.

As the intractability of the problem becomes more and more apparent, the retreat into cope by white Americans becomes inexorable. “It’s all our fault!” “Those albatrosses are eagles!”

“Glass Onion and every other Hollywood film is right! Blacks are the real geniuses, but we steal their brilliance and hold them down. So we need to hold ourselves down, and then the eagle can soar!”

The rosy vision of the future is that politicians in American cities regain the balls to crack down on black crime and American corporations regain the will to hire based on skill not race.

The bleak vision is that intractability will increasingly influence a significant number of whites to stay lost in parental coping fantasies: coddling, denial, self-sacrifice, false optimism.

“We’ll die before we admit we’re unhappy with how the dice rolled. Even as we’re bleeding out in the street after having been stabbed by our special-needs baby, we won’t abandon our firm belief that the child is a blessing not a burden.”

I’d like to say that I have some small faith in the rosy vision prevailing.