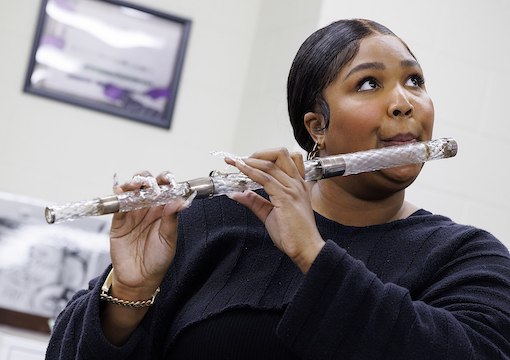 This week I revisit a favorite theme: how poor interpretation leads to poor strategy. Like when rightists attribute the entire tranny phenomenon to “grooming,” an oversimplification that ignores the prevalence of middle-aged women in the movement (I wrote about that here).

In the 1980s, conservatism was dominated by the religious right. The Moral Majority, Pat Robertson, Weyrich, Viguerie, Phillips, etc., pushed a flawed interpretation of leftism: Leftists are nihilists who believe in nothing; they have no values.

“Even in the face of brainwashing, you can hold on to things. If you want to. If it’s important enough.”

“Believers in something” vs. “believers in nothing” allowed Christians and Jews (and Protestants and Catholics) to be on the same side.

But was this politically expedient interpretation accurate?

In 1981 Pat Robertson got into a dustup with influential leftist “humanist” Paul Kurtz. Robertson had profiled Kurtz for a 700 Club documentary, and Kurtz threatened legal action, claiming Robertson had deceptively edited his words.

Robertson had presented Kurtz and his followers as people who “believe in doing their own thing; situation ethics, where anything goes.” To Kurtz and his fellow leftists, “there are no rights and wrongs.”

But in footage left out of the doc, Kurtz made it clear that he and his acolytes do believe in “rights and wrongs.” Anything does not go. They adhere to, in Kurtz’s words, the principle of “social justice.” Kurtz was trying to tell Robertson who he was, but Robertson wouldn’t listen, preferring to spin a fictional portrait of the man as an anarchic hippie.

Robertson should’ve listened. 1980s rightists should’ve listened. And because so many of them didn’t, they were blindsided by the rise of rigid “social justice” orthodoxy. The fight against South African apartheid had been one of the left’s two prime fixations in the ’80s (the other being nuclear disarmament). When apartheid fell (along with the Soviet Union, effectively taking nuclear disarmament off the table as a cause célèbre), leftists began looking for domestic racism to battle, and when they couldn’t find it in actuality, they divined it by claiming to be able to detect “microaggressions.”

The early-1990s campus speech code wars (it can be argued that leftist speech policing of whites started with the simple words “water buffalo”) were a tip-off to both the domestic redirection of anti-apartheid fervor and the growing strength of “social justice” as a new color-based belief system. But too many rightists didn’t catch on, still lost in their delusion that leftists “believe in nothing.”

In fact Kurtz’s “social justice” was growing and hardening as not just a belief system but an exceptionally rigid one, in which whites were always wrong and impure, with no path to salvation except via the total renunciation of their color.

So speaking of water buffaloes, last week I saw one playing a crystal flute. Well, I thought it was a water buffalo. Turns out the fleshy flautist was a human, something named Lizzo, a gargantuan beast “clothed” in a garment that on a normal woman would be a thong but on Lizzo became a colonoscope. And the flute she played on stage while bare-assed twerking in a musical tribute to California mudslides was a custom-made gift to James Madison.

Aesthetically, it was a hideous spectacle; a priceless artifact debased. And that’s how many rightists interpreted it—the intentional defiling of a treasured piece of American history. But then you had the conservative revisionists—like the proper gentlemen at The Dispatch who keenly understand that blacks are natural Republicans and the average blue-collar white American spends his days fretting about the security of the Negev—and these highly intelligent souls pointed out that Lizzo is a practiced flautist (true), and twerking is her thing (true), and her only intent in flapping her ass while holding a national treasure was to educate (well…).

Let’s not make Pat Robertson’s mistake. Lizzo is happy to explain herself; no need to guess about motivations. “Racism was written in the constitution y’all, the law protects white supremacy. I’m proud of being part of a generation that pisses off old white dudes and tries to make difference. We’ll do Jell-O shots when this old minded wack ass system is dismantled. We need firmer sanctions on white men. I hate this system that was rigged in their favor and their perverted, oppressive, wealthy, old, predecessors.”

What makes Lizzo’s assical music of interest is that it lays bare the rigidity of leftist racial ideology. Lizzo performs butt naked with Madison’s flute and whites are expected to calm down and consider context. Because whites aren’t allowed anything sacred. Yet everything black must be considered sacred, from food to hairstyles to dances. Lizzo herself considers it blasphemy when whites dare to look at her, or have brunch, or do the Harlem Shake, or use CGI, or play rock & roll, or praise Elvis. It’s racist for whites to ignore the concerns of blacks, but it’s also racist for whites to acknowledge them. It’s racist when a white family is shown on TV. It’s even racist when whites don’t say “nigga” because Lizzo knows they’re secretly wanting to.

If Lizzo were a genuine “no rights and wrongs” nihilist, the Madison flute thing would’ve been less objectionable. But knowing her adherence to the principles of black sacredness and white sinfulness, of course her performance was intended to send a message: “I can fuck with you, but you can’t fuck with me, because those are the new rules, whitey.”

Blacks are sacred; so is everything they say, do, and think. You are not sacred; neither is anything you say, do, or think. And I’d wager my house that these race evangelists are far more sincere than the religious rightists who convinced a generation of conservatives that the battle was values vs. no values, belief vs. nihilism. Those tinpot tent-pulpiteers lived and breathed hypocrisy: spousal infidelity, underage hookers, secret gay lovers, embezzlement, mail fraud. Conversely, the missionaries of black sacredness actually believe what they preach. That commitment to principle is the last thing every victim of a black-on-white hate-murder sees before the lights go out.

And it’s rather impressive the extent to which whites are just kinda accepting the new rules, even when they become invasive. And to be fair, the Lizzo thing wasn’t invasive (streets crawling with black criminals because blacks are too sacred to be locked up is, on the other hand, highly invasive). How’d whites get beaten down psychologically to the point where they can be surrounded all day, in the media, at work, at school, with the gospels of “we’re sacred, you’re shit” and just sorta roll with it?

Brainwashing? Meh. Sure, K-through-12 antiwhiteness will have an effect. I suppose movies and TV do as well, to an extent. But for 45 years Albania banned all religion. Total ban, by force, under penalty of death. Every message, cradle to grave, in education and entertainment was anti-religion. But when communism fell, religion bounced right back. In the former “first 100 percent atheist nation on earth,” today only 2.5 percent of Albanians are atheists.

Even in the face of brainwashing, you can hold on to things. If you want to. If it’s important enough.

I’m speculating here, but I think whites are just fatigued about blacks. And whites who think about the situation too hard become fatigued and hopeless. The Albanians could say, “We just have to hold out for the government to fall; when these leaders are gone, all will be well.” But you can’t think that way about black America. The problems are intractable and nobody’s goin’ anywhere. I think whites have become so fatigued about blacks that it’s led not to resistance but to acquiescence. “Will this finally shut you up? Okay, I won’t say that word or wear my hair that way or sing that song or hold you to standards or call you out on errors. You’re sacred, George Floyd is sacred, you’re beautiful, you’re perfect, I’m shit, and you’re so much better than me. There, satisfied?”

Everybody’s banking on crime being a winning issue for those GOPs willing to center it. But the scariest thought in the world is, what if it isn’t? What if whites have moved on to acceptance, to a willingness to put up with street crime if the alternative is dealing with all the bitching and disruptions you get from blacks when you try to prosecute and incarcerate their holy criminals?

White women already possess a fetish about being a victim, a “survivor.” The “recovery movement” of the 1980s was mainly white women in search of fake illnesses to fuel fake monomyths; the repressed-memories mania of the 1990s was all about white women inventing childhood molestations to feel special. Today, “long Covid” serves the same purpose. The religion of black inviolability might fit snug as a bug alongside white women seeking the nobility of martyrdom as crime victims who forgive their nonwhite assailants (another white-woman fetish).

I don’t want to get too fancy-pantsed about this, but it’s possible that regarding race the U.S. is heading toward a foreordained fate. The 1864 Final Report of the American Freedmen’s Inquiry Commission, known as the “blueprint for Radical Reconstruction,” was the first official attempt to use black Americans as a weapon against white Americans (the report details various ways in which freed blacks would be used against Southern whites).

The authors of the report sincerely believed they could unleash that genie in a controlled manner; they assured Northern whites that Southern blacks would forever stay confined to the South, and (in one of the earliest instances of the American government employing scientific falsehoods for social engineering) they promised that both races would remain “pure” because “studies show” that mixed-race people are unhealthy and die before they can reproduce (these were the Anthony Faucis of their day).

The report stressed the importance of making blacks inviolable to Southern whites. And even though Radical Reconstruction collapsed soon after it began, perhaps the “blueprint” for racially “mending” America by elevating blacks to sacrosanct status was always fated to become brick-and-mortar reality, just not with such suddenness, and not as a tool of regional domination, but national resignation.

Maybe it was just a matter of waiting for whites to become weathered enough to accept any “okay, whatever, if it’ll shut you the fuck up” solution. Maybe a form of Radical Reconstruction was always in the cards, a march much longer than Sherman’s, but an inexorable march nonetheless.

If people aren’t ready to receive a new belief system (as in the Albanians and atheism), you can’t really force them.

You have to wait till the time’s right.

And maybe it finally is.

Perhaps the fat lady has sung.

Or at least played the flute.