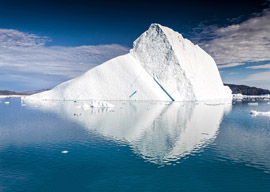 But I hate a certain kind of woman, a kind that is depressingly prevalent yet woefully unacknowledged for fear of appearing “sexist.” I mean the kind of woman that is aggressively malicious, relentlessly dishonest, and incurably hypocritical, yet who uses her vagina as a shield to deflect all criticism of such behavior as “misogyny.” It is a cultural sin merely to allege that such women exist, much less in large numbers.

In the distance I can already hear the faint clippetty-clopping of white knights galloping in on their gender-neutral miniature white ponies to defend the Fairer Sex from any accusation that they might truly be human and thus capable of being every bit as rotten as men.

Hillary Clinton is precisely the kind of woman I hate. Yea, she is the word “cunt” made flesh. I despise her not because “society” has indoctrinated me into hating any woman who isn”t barefoot and pregnant. Our society isn”t that way, anyway”quite the opposite, in fact. It’s a sick joke to think that modern popular culture is anything short of worshipful toward women and disparaging toward men. No, my reasons for secretly wishing that Hillary Clinton gets bitten by a tsetse fly is because she reminds me of all the truly awful women I”ve known in my life.

At the risk of sounding like “Some of my best friends are Negroes,” I will pause to solemnly acknowledge that many of the finest humans I”ve ever known are women. From my mid-teens onward, the majority of my friends and closest confidants have had vaginas. But this has everything to do with their behavior and nothing to do with their vaginas. But people who filter their identity entirely through their genitals can”t comprehend this.

When I was about kindergarten-age, I was sitting in a little old rickety kitchen in a Southwest Philadelphia row home talking to a girl my age who lived there with her aunt. While her aunt was puttering around in the backyard, the girl confided to me that her aunt was a “meanie” who was always yelling at her and putting her down. Moments later, her aunt came in from the backyard in full Witch Mode, barking at the little girl”that is, until she saw me, whereupon she immediately feigned a plastic smile and asked if I needed anything to drink. My jumbled male guts tell me that Hillary Clinton is precisely that sort of woman. At the risk of sounding sexist”which obviously terrifies me”she seems like a bit of a meanie.

But according to the feminist dogma on which Hillary Clinton has used her labia to parasail into the Democratic nomination for president, women cannot be mean”only “assertive.” I think this severely underestimates women’s tremendous capability for malice and deception. After all, they”re only human.

I spent 12 years in Catholic school being scolded by nuns. I was reminded of this while watching Hillary Clinton’s acceptance speech at the DNC last week. I was reminded of Sister Brigid Mary, who in fifth grade kept a closet full of yardsticks she’d broken over the posteriors of misbehaving boys”it was always the boys, never the girls. I was reminded of the nun in first grade who confined me for hours to the dark basement of her convent for misbehaving in class. I was reminded of the female lay teacher who told me I’d burn in hell for jokingly singing “Happy Birthday” out loud when she told the class that Jesus was born on Christmas. I was reminded of another female teacher, a real bulldozing rhino that one, who liked to yank me by the hair and drag me out of class for indiscretions real and imagined.

Watching Hillary Clinton charmlessly bark out her scripted words”watching her claim to be a women’s-rights crusader despite being a rape-enabler and a serial assaulter of the rapist she enabled”reminded me of the viciousness that bubbled beneath the pious declamations of all my female teachers combined. (And yes, I had male teachers. None of them was nearly as dictatorial as any of the women. Your experience may vary. Congratulations if it does.)

I don’t want a reincarnation of the nuns who hectored me in school to be my president.