Hit Me, Baby, One More Time 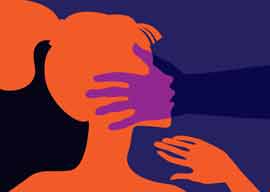 It’s the trial of the cunt-ury!

Hey, give me a break. You try coming up with something original to say about Canada’s most talked-about court case pretty much ever:

As I wrote here a year ago: Jian Ghomeshi was what passes for a superstar up here in the Great White North, and at 49, what passes for “young” at the CBC. The semi-exotic pseudo-hipster star of Q“who also served as the nation’s Awards Show Host-General”was called “a hell of an interviewer” by Barbara Walters, no less. I”m told he also expressed conventionally “progressive” views in a panty-soaking speaking voice.

“Told” because, like over 90% of my fellow citizens, I”d never heard this guy’s show. Frankly, I couldn”t find CBC on the dial if I had to. (I also don”t speak French or understand metric, and I own a gun. Bad, bad Canadian…)

But the CBC could nevertheless refer to Ghomeshi’s show as “the leading arts and culture program in Canada” without lying or even being laughed at. After all, who’s the competition?

As state broadcaster, the Corpse gets more than $1 billion of our extorted tax dollars a year to do whatever it is they do down on Front Street. They gave up the rights to broadcast Hockey Night in Canada, ferchrissakes; the only CBC production I watch is Murdoch Mysteries, a delightful confection provided you can endure all the 21st-century pieties dutifully grafted onto its 19th-century milieu. (Which reminds me: Can someone tell me what’s happened since the lesbian doctor’s suffragist girlfriend got killed? I”ve been watching the new X-Files…)

“I hate the CBC and all its pomps and works. Anything that makes them look bad makes me happy.”

Anyhow: Jian Ghomeshi plummeted from national hero to pariah over the course of approximately 72 hours during the autumn of 2014, after numerous anonymous women accused the radio host of groping, slapping, and even punching them.

(Those of us whose knowledge of Ghomeshi began and ended with the sight of his swarthy mug smirking at us from the side of every other city bus reacted with “Wow, I thought he was gay.”)

Dumped by his longtime employer, Ghomeshi went to ground and awaited his day in court. Last week, that day arrived.

With the trial under way, my initial take on Ghomeshi-quiddick hasn”t evolved much:

I hate the CBC and all its pomps and works. Anything that makes them look bad makes me happy.

In all the inevitable exposÃ©s, my first impressions of the disgraced star were confirmed; he comes across as a slightly smarter-than-average”not to mention better-looking”specimen of his species: all the charming sociopathic strivers illuminated by glowing “ON THE AIR” signs from here to New Orleans.

Meanwhile, his female “victims” sounded like”it pained me to agree with the guy“bitter ex- or wannabe girlfriends.

(As you had guessed: None of these “victims” called the cops after these “assaults,” some of which dated back over a decade.)

I conjured up images of the typical “artsy” Toronto female between the ages of 21 and 49: a neurotic single woman with too much time on her manicured hands; her pubic hair obediently wrought into this year’s regulation design; her soul sparsely furnished with long-debunked statistics, secondhand slogans, trendy catchphrases, and piles of expensive, unwearable shoes; the blood in her veins supplanted some time back with overpriced cocktails, hand sanitizer, and sperm.

I didn”t know the half of it.

Here are some messages Ghomeshi received from his “victims” post-“assault,” as read into evidence last week:

I love your hands.

If I do end up coming up to Tdot, do u wanna grab lunch?

Good to see you again!

Your show is still great.

You kicked my ass last night and that makes me want to f—- your brains out tonight.

Challenged by the defendant’s lawyer about that last bit, the “victim” replied, “Women can be assaulted by someone and still have positive feelings for them afterward.”