Hollywood Apartheid Is Ready for Its Close-up 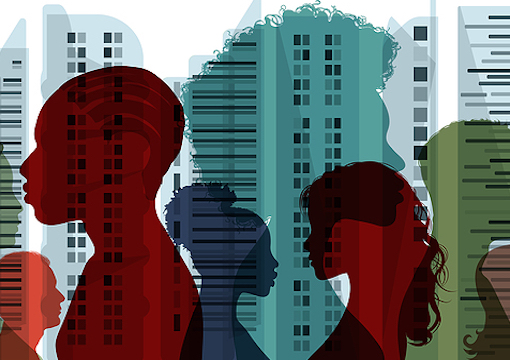 Hollywood’s been Jewish from the get-go, but “racial loyalty” never trumped the bottom line. People who lose money for the bosses get canned, Jew or not. Similarly, Hollywood might be leftist in its racial politics, but in past decades adherence to profitability always took precedence. The desire to artificially elevate the newest black one-legged transgender half-breed Eskimo flavor-of-the-month was always kept in check by the box office. If Jamaal the hopping dickless Yupik didn’t pack the seats, he was out.

But that changed in 2020 following the videotaped death of Wheezy Metherson in a Minneapolis street. Hollywood decided to toss the rules that had kept the business afloat through depressions and recessions great and small. Race would now trounce the bottom line. Success, profit, and growth would be of secondary importance; skin color and that alone would dictate hiring and retention.

The major streaming networks, at the time the “future of Hollywood,” created an apartheid system in which blacks got the jobs and whites (including Jews, who, for the purposes of the new apartheid, were marked with the scarlet W) didn’t. This apartheid was formally codified in summer 2021, with the announcement of numerical hiring caps for whites and quotas for blacks.

“No Bloomberg or Vulture analyst is gonna dare blame any of this on the ‘diversity apartheid.’ But I sure as hell will.”

This was new territory for Hollywood: racial caps and quotas not tied to ability or profit potential. But it was also new territory for American racial schemes like affirmative action. Up until 2020, such con jobs were sold to the public as a way of assisting the underrepresented. Evening-up the numbers. Giving a chance to those who’d previously been “shut out.”

But since at least 2001 (the first year journalists and academics began crunching the numbers) black actors have been overrepresented on TV and in movies. By 2009, that overrepresentation had spread to TV commercials. So this wasn’t like blacks in STEM or women in firefighting. The caps-and-quotas scheme would benefit a group that was already represented beyond its percentage of the population.

This wasn’t a defensive action, it was an offensive one. It wasn’t pro-black, it was antiwhite. Whereas affirmative action (especially in education) also dings Asians, Hollywood’s apartheid would help everyone but whites. It was a system in which keeping whites out was more important than bringing nonwhites in. It was the first major U.S. racial scheme that wasn’t sold as necessary to help the underserved. It was an instrument of punishment, a reckoning, a bill come due to be paid by people with evil skin.

This new apartheid’s been in effect for a little under a year now.

So how’s it going?

Here’s a view from ground level. And I’ll add, hate Hollywood as you may (“Filthy pedo Jew faggits! Let ’em burn!”), it’s rather to your benefit to understand these dynamics, because if Hollywood’s “offensive apartheid” were to succeed, you may just see something similar coming to your profession.

On the other hand, if it’s failing, understanding why can help prevent the spread of such malignancies.

And the good news is, it’s failing. Holy cannoli, is it failing. And in ways that only racial fanatics with zero understanding of basic economics couldn’t have foreseen.

I’ll give you the broad strokes. The cap on white hiring drove up the asking price of the white actors who’d achieved some level of name value before the cutoff. Due to the rationing of white roles, talent agents, concerned solely with finding work for white actors they already represent, stopped allocating resources toward developing new white “ingenues.” So no new (read: cheap) white blood was coming in. An artificial shortage of white actors was created; what few roles there were for whites went to already established performers (if you can only cast one whitey, make it one with name recognition who can attract viewers).

The time-honored tradition of casting a well-known white actor alongside an undiscovered “potential next-big-thing” white actor ended. The limited slots had to go to marketable names.

With established white actors (and their agents) understanding that they were now the only game in town, with the door closed to new, young, “I’ll work for pennies just for the opportunity!” competition, salary demands skyrocketed.

At the same time, black actors, who be gettin’ all the roles, demanded (along with their agents) that no white actor could make more than a black, because that be racist. Hence, even though there was now a glut of black actors, their salaries rose along with white salaries, lest Netflix or Amazon be accused of payin’ black folks less.

This dynamic occurred behind the scenes as well, with the few veteran white/Jewish showrunners who were allowed to stay commanding large salaries, as they were the only competent ones left, and their expertise was needed to train roomfuls of affirmative-actioned novices (who of course demanded equal pay because, you know, “racism”).

You can imagine how expensive this became for the streamers.

And not just for streamers. Indie filmmakers outside the streaming world felt it too. In early March, Rebecca Green, producer of the indie horror hit It Follows, went on a tweetstorm about how indie filmmakers could no longer afford the recognizable actors that their financiers demand because the streamers were throwing around so much money. Actors with marquee value were doing too well under the apartheid system to slum it in indie films (independent filmmakers are more likely to attract “name” actors when a labor glut depresses wages, forcing actors to lower their asking price).

Those apartheid-caused wage increases could only be sustained as long as the streamers had no catastrophic economic woes.

And at the end of April, whoa, did they get woes. Netflix went full Hindenburg, taking a $54 billion hit in market value, becoming the worst-performing stock of 2022 in the S&P 500 and Nasdaq 100. The company lost 200,000 subscribers with a projected loss of another 2 million subs in the next quarter. Add to that a 67.8% plummet in daily page views, and you get a panic.

There’s no one single reason for the crash (and to forestall your coming tweets, no, it had nothing to do with conservative outrage over the “pedo film” Cuties. That controversy was from summer 2020. Netflix had a great final quarter that year and an impressive growth period in early 2021). The main reason given by Netflix itself and seconded by many analysts is that its production costs were too damn high (roughly $18 billion per year, an astronomical amount that forced Netflix to increase customer subscription fees).

As Vulture noted, Netflix’s policy of “throwing all the money it can” at race hustlers like Shonda Rhimes led to “cost inflation in Tinseltown, with Netflix bidding up the price of talent at every level.”

Worse still, those inflated salaries weren’t leading to the production of content that could attract or keep enough subscribers to justify the expense.

Plus, as Bloomberg pointed out, Netflix lost subscribers internationally. First quarter 2022 wasn’t just a disaster in the U.S.; Netflix got slaughtered in Europe and Latin America as well.

Obviously, no Bloomberg or Vulture analyst is gonna dare blame any of this on the “diversity apartheid.” But I sure as hell will. Those inflated apartheid-caused salaries coupled with crappy all-black programming emanating from the quota-writers-of-color crippled the company. Note how the markets where Netflix fared worst this quarter—the U.S., Europe, and Latin America—are markets where European beauty standards have traditionally been exalted (Latin America is arguably the most unapologetic media market when it comes to favoring white features over black or indigenous).

Will the Netflix crash hobble the new apartheid?

We don’t have to ask. The answer’s yes. Resoundingly.

And man, did those unqualified, undeserving, entitled quota-kids whine! Just a few selections from Twitter:

It’s worth mentioning that Netflix actively recruited Black women and people of color just to lay them off MONTHS later without a second thought. Don’t brag about being inclusive when you treat your “diversity” hires like they are disposable.
Monique Judge (blue check), self-described “unapologetically Black storyteller”

Netflix recruited me seven months ago only to lay me and a bunch of other talented people off today. I’m going to take time off to just exist.
Evette Dionne (blue check), self-described “free black girl” who exists

Still processing that netflix recruited me from my union job of SIX YEARS (which had 18 weeks severance) with the promise of new opportunities and a diverse team, only to lay me off months later with TWO WEEKS severance. some people moved to CA for this gig! i’m devastated.
Sara David (blue check), self-described “gorgina Filipina”

Intriguing Netflix editorial strategy to hire some of the best entertainment/culture minds in the biz, very specifically court a ton of non-white women with the offer of a truly life-changing amount of money, only to shitcan everyone mere months later.
Katie Way (blue check), self-described “diversity hire”

Yeah, those “life-changing amount of money” days are over.

So what’s the main lesson here? Dysgenic apartheids (racially discriminatory systems in which the least capable are elevated and the most capable are shut out) are risky in the private sector. Dysgenic apartheids need the backing of a dictatorial government that can control wages, limit employment and market options, subsidize failing enterprises, and enforce racial discrimination with an army that serves as a political wing of a one-party state. From today’s South Africa to post-coup Fiji, dysgenic apartheids survive best at gunpoint.

Netflix, which has the unique problem of having to rely solely on streaming content (as opposed to Disney and Amazon, which balance streaming with other highly profitable ventures), learned that free-market dysgenic apartheids fail. The competent, skilled members of the disfavored racial group find work elsewhere, to the benefit of your competitors, and the ones you’re forced to retain just to keep the lights on make exorbitant salary demands. The unskilled members of the favored group happily lap up the propaganda that they’re valuable due to skin color alone, so they too make exorbitant salary demands, while producing nothing of value (because they don’t feel they have to), which leads to a mass exodus of customers, who have countless other marketplace options.

And in the end, you get the disaster that is Netflix.

Now, don’t expect anyone in the mainstream press to give this to you as straight as I did. And I’m not expecting Netflix to necessarily learn its lesson long-term. The caps and quotas might be suspended for a period of repair and rebuilding (think the Soviet Union’s New Economic Policy, when capitalism was briefly allowed to return to stave off famine). But our metastasizing racial dystopia is a strong vortex, and that “suck” ain’t going away. Should Netflix recover, there’ll be an inevitable lure to return to the folly that nearly killed it.

Ideologues rarely surrender after a defeat; they just lie low.

So whether Netflix’s current apartheid “pause” represents a true reversal or a fleeting moment of lucidity remains to be seen.