Everybody complains about how dumbed-down movies have gotten. Here, for example, are representative quotes from A.O. Scott of the New York Times in “Spoon-Fed Cinema“ bemoaning the state of movies c. 2009: “infantile,” “male immaturity,” and “a program of mass infantilization.”

Yet, nobody ever seems to mention one obvious change in audience composition over the decades that has contributed to the present blockbusteritis. And only one renegade filmmaker has used this change in demographics to be able to afford to make innovative movies; but nobody wants to talk about him, either.

My favorite movie theatre these days is the The Mann Plant 16 in Van Nuys, California. (Why the odd sounding name “The Plant?” It’s built on the site of an old General Motors factory, making it a perfect symbol of the progression of the American economy from manufacturing automobiles to consuming entertainment.) At $10.75 per ticket, it’s a couple of bucks cheaper than the high-end Arclight Cinema four miles south in Sherman Oaks, yet The Plant has comparably lavish legroom and sound quality.

Best of all, movies that I want to write about are seldom sold out at The Plant. If in August, say, Tarantino’s Inglourious Basterds was sold out through the 11:40 pm show at the Arclight, the 7:30 pm showing at The Plant would be two-thirds empty. Why? Because people in Van Nuys don’t go to movies that anybody writes about.

Van Nuys is America’s future. This is not to say that The Plant is struggling financially. Oh, no. My wife always insists on buying Plant tickets online rather than miss the start of the movie because we”re stuck in the long box-office line for whatever the locals are clamoring for this week. (Beverly Hills Chihuahua II perhaps?)

A century old, going to the movies is a technological relic, but it remains a surprisingly stable industry, with ticket sales declining only minutely from year to year.

Women once made up the heart of the movie-going audience (my mother went to the show most nights in 1940 in St. Paul). Then, crime drove women off the streets after 1965, leaving younger males as the prime ticket buyers. The realization that they could make lots of money off young Baby Boom males” tastes liberated slightly older male filmmakers in the 1970s (the decade that almost all current critics idolize).

Since then, change has been slow in the movie business. Perhaps the biggest audience trend in recent decades has gotten the least attention because it merely strengthened forces pushing toward mainstream mediocrity: Hispanics have emerged as the most reliable domestic fans of Hollywood blockbusters.

A study by the Motion Picture Association of America found that the Hispanic share of admissions grew from 16 percent in 2003 to 20 percent in 2007, versus about 15 percent of the population. According to a 2009 report by the Nielsen Company, Hispanic moviegoers average 11.5 new releases seen in theatres over the last 12 months, versus 7.0 for non-Hispanic whites.

Most importantly, Latinos make up 28 percent of “heavy moviegoers.” They comprise 30 percent of the fanatics who see ten or more summer movies in the theatres. And they want to see them now: “Half of all Hispanics prefer to see a movie within the first 10 days of a film’s opening.”
And, according to another Nielsen report, Hispanics are the least likely of any ethnicity to complain that movie tickets are too expensive. (Whites are the most likely to kvetch.) They are also most enthusiastic about 3-D versions of movies. Plus, they buy a disproportionate number of DVDs.

Imagine you are a studio executive weighing whether or not to greenlight for the summer of 2012 a $200 million action thriller based on, say, the old Rock ‘Em Sock ‘Em Robots

toy.  (Here’s the 1966 TV commercial). Or you could spend $40 million to finally make into a film John Kennedy Toole’s classic comic novel A Confederacy of Dunces

Which one will it be?

For you, 12 to 24-year-old Hispanic males are the quintessence of the modern movie market. If they don”t show up for your opening weekend, your movie lays an expensive egg. Which one do you think will they show up for: Rock “Em Sock “Em Robots or A Confederacy of Dunces?

Now, you might wonder if young Latinos care about a toy that was a sensation in America in 1966, probably before their ancestors even arrived. But, the track record suggests that they”ll gladly line up to see whatever crud American Baby Boomers liked 25 or 50 years ago (as long as you give it a hip-hop edge). For example, the 2007 hit Alvin and the Chipmunks, based on Ross Bagdasarian’s 1958 novelty record, did exceptionally well among Hispanics.

Back in 2001, about 24 percent of the audience for the streetracing movie The Fast and the Furious

was Latino. Their share rose to 38 percent of admissions for 2 Fast 2 Furious. Last April, the third sequel, the imaginatively titled Fast and Furious, enjoyed a $71-million opening weekend, with Latinos making up 46 percent of those who paid money to see Vin Diesel recreate his career-making role.
A reader pointed out:

Don’t know if you watched the latest Fast and Furious movie, but the scenes at the border are worth it for me. The movie makes sneaking across the border look nearly impossible. You need modified super fast cars, the best drivers, and computer and satellite assistance. That and a series of huge tunnels that wind for miles beneath the US/Mexican desert. If it really is that difficult, we should see coming across only genius-level Olympic-quality athletes, sort of like Mexican Dolph Lundgrens, and no one else.

Josh Levin worried in Slate that Beverly Hills Chihuahua was full of unfortunate “stereotypes” about Mexicans, but Mexican-Americans love Mexican stereotypes, as ten minutes of watching Univision would demonstrate. On Sabado Gigante, you put a fat guy with a drooping mustache in a sombrero and the skit practically writes itself.

If you are worried about whether Mexicans will assimilate into American culture, well, the box office results suggest that they will happily assimilate into lowest-common-denominator American pop culture. Variety notes (in its traditional telegraphese):

While distribs have tried to woo Latino auds with Spanish-language fare, the results have been unimpressive.

So far, the main exception has been that the Weinsteins earned $12 million at the box office with Under the Same Moon, a melodrama about a little Mexican boy who sneaks across the border to rejoin his mom, a maid in LA. The studio tried to market it to both the art house and immigrant audiences. It was too cheesy for the Arclight, where I saw it in an empty theatre after having been turned away (for once) at a sold-out Plant.

Otherwise, there are remarkably few Spanish-language films that play even in Los Angeles (excepting Pedro AlmodÃ³var-style art films for non-Hispanics). I see more ads for Persian-language films from Iran.

But they’ve found amazing success not by offering material geared to Hispanic auds, but by catering their marketing of “mainstream” films to them.

The comparison with black films is interesting:

“With an African-American movie, you can have a hit just with African-American audiences, but so far, the answer has been no with Hispanics. They have more interest in assimilating,” Universal prexy of marketing and distribution Adam Fogelson says.

There are three prestigious Mexican directors working in Hollywood: Alfonso CuarÃ³n, Alejandro GonzÃ¡lez IÃ±Ã¡rritu, and Guillermo del Toro. Still, their names are probably better known to upscale art house audiences than to Mexican-Americans. The “Three Amigos” are from the classes in Mexico who very seldom emigrate to America.

Actual Mexican-Americans are rare in Hollywood’s upper creative ranks, despite several million living within commuting distance of the movie studios. (Robert Rodriguez of Spy Kids and Sin City fame, one of ten children from a San Antonio family, is the most striking exception to this tendency.)

In summary, the message Hollywood is hearing from the burgeoning Hispanic audience is: “Give us more of the same, only more so.”
Fortunately, one filmmaker has imaginatively seen the growing Hispanic audience as liberating his ability to make money from deeply personal and deeply weird movies: Mel Gibson.

Twelve days into the remarkable run of his Aramaic-language The Passion of the Christ, with its Counter-Reformation Carravagioesque aesthetic that proved galvanizing for Latinos, a telephone poll found: 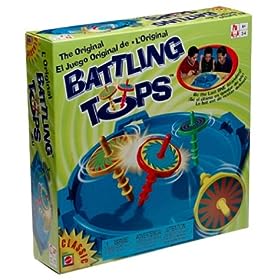 Since no Hollywood studio would work with Gibson on The Passion, he pocketed the huge profits, allowing him to make Apocalypto, with an all-Amerindian cast speaking Mayan. It wasn”t the huge hit The Passion was, but it made over $50 million at the U.S. box office. That was rather good for (allow me to say it again) a mainstream movie with an all-Amerindian cast speaking Mayan. Nobody in Hollywood talks to Gibson, though, so the Hispanic influx is seen not as an inspiration for something new, but as a rationalization for, say, Battling Tops: The Movie.