Hooters Casino Blues, Lowballing How Many You’ve Balled, and My Brother the Cockblocker 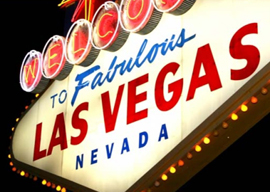 My best friend of more than twenty years and I decided to have a boys’ long weekend in Vegas just for laughs before we get any further into our middle age. The problem is, my best friend insisted on making the arrangements and has gone and booked a single room (at Hooter’s Casino, no less) with a package that has connecting flights stopping at every state capitol between Vegas and home because he wanted to save money. This is a guy who makes six figures. Twenty years ago I wouldn’t have balked, as I would expect no less than to share a room with my best buddy filled with pizza boxes, beer bottles, and overflowing ashtrays. However, we are now men in our early forties who make very good money, and I have no desire to share a room so I can watch him belch in his underwear, nor do I want to spend twelve hours getting home when it normally takes a quarter of that time. I would also like to stay at a decent casino as opposed to some backdrop from “My Name is Earl.” My question is, how should I go about telling my best friend to stop being such a cheapskate and spend some of that moolah he worked so hard for without hurting his feelings? He takes a lot of pride in being frugal. My wife thinks I should just come out and tell him. Is she right? Or should I just suck it up and go through with it?

Dear Not a Middle-Age Miser,

If you care anything about keeping this friend, you have to tell him the truth and object to the weekend plans. If you try to just suck up and endure that kind of Trip From Hell, chances are your friendship will end before your tour of state-capitol airport cocktail lounges comes to an end. Tell him exactly what you think: “Stop being a cheapskate and spend some of the moolah for which you work so hard.” Show him all the nice casinos on the Internet with beautiful rooms and luxurious amenities. Talk about the sweet benefits of being alone in his own room—no wife, no kids, no dog—to do just as he pleases, master of his universe. If he can at least buckle in on the living conditions, maybe next year you can get him to try spending a bit more on travel plans. If you can convince him to just try it once, he will never look back and will probably be laughing that he ever dreamed up such a hideous trip.

LOWBALLING HOW MANY YOU’VE BALLED

I have been dating a man for about three months now. He asked me what my “number” was, as in the number of men I have slept with. I told him I was not going to tell him, and this caused a problem. Do you think I should tell him?

—Should I Tell in Telluride