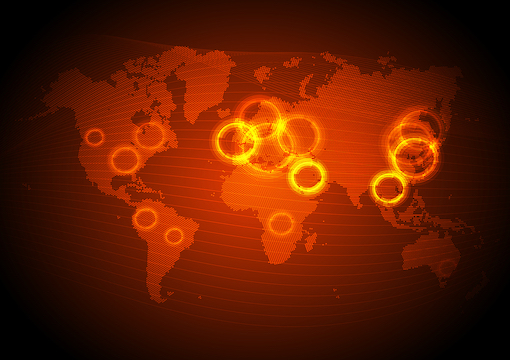 Xi Corleone sits in a stately office in his home overlooking a lake.

Senator MAGA sits opposite him.

The mood is tense.

Xi: “I’ll give you my answer now: I’ll pay nothing. In fact, you will take the blame for Covid for me, and you’ll do so without even knowing that you’re spouting my propaganda word-for-word.”

Senator MAGA sneers and walks out.

I’m throwing in the towel on the Wuhan lab theory. Not because I’m wrong (I’m not). There’s no proof for the lab theory beyond the coincidence of having a virology lab in the same massive city of 11 million where the first case clusters occurred, and the fact that it’s scientifically possible that the bug could have been genetically modified in a lab. But “coincidence” and “it’s theoretically possible” are not proof. That said, the lab theory has become rightist canon. And I’m too old to be arguing with people who want to believe something so badly, arguing becomes moot.

If I were into that kind of thing, I’d go to Scientology HQ and debate the efficacy of E-meters.

Truth is, the lab theory is the perfect vehicle for Republicans looking to woo MAGAs while not actually doing anything legislatively. Because there’s nothing that can be done legislatively. There’s just bitching. GOPs love that. You bitch about something domestic, eventually someone’s gonna say, “You’re lawmakers. Do something about it.” But screaming “evil China lab” is like howling at the moon. And in MAGA-land, where the performative trumps the substantive and “owning” libs through words beats owning them through actions (this is the most unfortunate aspect of Trump’s legacy), yelling “Wuhan lab!” is a risk-free way for rightist politicos to prove their bona fides without actually having to accomplish something.

It’s like a few weeks ago, when Oklahoma’s Republican Governor Stitt held a steaks ’n’ burgers cookout under a PETA billboard advocating veganism. Rightist Twitter exploded with joy. Boy, did he own those libs! Stitt’s fearless! He’s got balls! MAGA MAGA MAGA!

Meanwhile, Stitt’s been signing Soros-style deincarceration and “progressive prosecution” bills that have already led to innocent Oklahomans being murdered. Just a few months ago, Stitt commuted the 20-year sentence of a black career criminal who celebrated his release by slaughtering his white neighbor, cutting out her heart, feeding it to his family, and then blinding and murdering them.

But hey—Stitt “owned” vegans! All he has to do now is tweet “LAW & ORDER” 300 times while advancing a soft-on-crime “Platinum Plan,” and he’ll truly be the next Trump.

The Covid lab theory is tailor-made for a GOP that’s abandoned its two easiest wins: countering Soros’ pro-criminal policies (“We can’t do that; blacks’ll say we’re racist, and the Democrats are the real racists!”), and keeping mentally ill men in wigs out of women’s sports (“We can’t do that; the NBA, Apple, and Amazon will boycott our state!”). So just shout “Wuhan lab.” MAGAs will be satisfied and you’ll be freed from having to stick your neck out domestically.

“Yes, we’re blaming Americans for Covid now, as we take the Chinese at their word that their exotic animal trade is innocent.”

Look, I could drone on about the untruths that have been spouted by lab theory proponents just since last week’s column. Like the May 19 Republican House Permanent Select Committee on Intelligence report advocating the lab theory, which contains shameless lies (the report claims that the Obama Administration ended the ban on gain of function research, when in fact it was the Trump Administration that ended the ban on Dec. 19, 2017) while relying on HuffPost and Politico pieces as sources. Or Devin Nunes on May 20 claiming that the wet market theory is defined as “some Chinese dude ate a bat at a wet market” (a blatant falsehood; no one claims anybody ate a bat. The wet market theory involves a chain: bat source–to–intermediary animal-to-human “spillover”). Or Tucker Carlson on May 21 asserting that the Wuhan “seafood market” didn’t sell “mammals” (an inexcusable untruth) and conflating the China CDC with the Wuhan Institute of Virology (a common deception by lab theory promoters) while also lying about how far the WIV is from the market (he understates the distance by half).

I could also highlight the truths that have been confirmed since my last column, like when New York Times global health correspondent Donald McNeil admitted last week that as partial as he is to the lab theory, the Covid-positive environmental samples taken at the wet market in January 2020 were almost certainly “not (from) coughing humans. It was the blood of a butchered animal being sloshed around as the market was hosed out.”

But you guys don’t wanna hear that. So screw it; enjoy your lab theory. But let’s at least talk about why you love the lab theory. It ain’t because of evidence. And it ain’t because you want to “sock it to the Chi-Coms.” If China’s exotic animal trade birthed Covid after the country was repeatedly warned by international health officials following SARS that the trade needed to be shut down, China is actually more culpable than if the bug escaped from a lab, because the animal trade is solely China’s fault, whereas conservatives are claiming that “lab-engineered Covid” is equally or more the fault of Fauci and Western scientists.

“Anthony Fauci let the coronavirus pandemic happen,” Tucker shrilled on May 11. “More than any other single American, Fauci is responsible for the COVID-19 pandemic.” In his May 21 monologue, Tuck confidently stated that the reason he knows the wet market theory is false is because the Chinese say it’s false.

Yes, we’re blaming Americans for Covid now, as we take the Chinese at their word that their exotic animal trade is innocent.

That shift happened with such subtlety, you probably didn’t even notice it.

And the “shift” is about to get shiftier. Phrenology Today cover model Ron Unz has taken the next logical step. If “coincidence” equals proof, and if “if could happen” equals “it did happen,” and if the Chinese should be taken at their word that the animal trade no makey no virus, and if Fauci is the brains behind it all, then surely the U.S. military brought Covid to China during the World Military Games in Wuhan in October 2019! After all, what’s the bigger “coincidence”? That there’s a viral institute thirteen miles from the wet market (for Angelenos: The WIV is to the Wuhan wet market as the Beverly Hills Hotel is to LAX. So the next time someone tells you the WIV is “right next door” to the market, you know you’re dealing with a tard), or that the first Covid cases seem to have occurred right after the U.S. military left Wuhan following the games? Fauci gets freed up to do his infernal viral engineering in December 2017. October 2019, a U.S. military team travels to Wuhan…and right after they leave, a genetically engineered economy-crippling virus breaks out. Which then infects the leaders of Iran, the enemy of the neocons and Jews.

Unz’s coincidence-based theory is stronger than Tuck’s. Which is why Tuck will get around to adopting it soon, as will you. After all, the Chinese say it’s true, just as they say the wet market theory isn’t. Sure, Unz intersplices his coincidences with lies (no, the “leaders of Iran” were not infected before anyone else, and no, it’s not an oddity that the virus found its way to Iran; in July 2019 Iran approved visa-free travel for all Chinese citizens). But we’re playing the “facts don’t matter” game. If you’ve managed to ignore the wet market environmental samples, you can ignore anything.

The point is, soon enough MAGAs will outgrow the “Fauci funded Covid which then accidentally leaked from a Wuhan lab” theory. It’ll be jettisoned for the CCP-preferred “Fauci funded Covid and then had the U.S. military plant it in Wuhan.” As Tuck stated on May 21, Covid is a biological weapon. Forget “leaking”; someone unleashed this baby on purpose. And we’re supposed to believe that China unleashed it on itself? With no viable cover story prepared? Taking environmental samples from the wet market in January 2020 when CCP leaders knew the disease didn’t come from there? Finding positive samples and reporting them to the world only to then dismiss the wet market theory entirely? Indeed, as evolutionary geneticist Trevor Bedford points out, “Finding [the Covid] virus in six percent of surface samples [at the market] was more than might be expected even in a hospital during flu season.”

The Chinese CDC collected and reported this damning evidence when the CCP already knew it didn’t want the wet market theory to gain traction? C’mon, man.

No, the Chinese seemed as taken aback, as genuinely curious to find the origin, as the rest of us. It wasn’t until May 2020—almost six month into the pandemic—that the CCP settled on the “not from China” dogma. Hardly the actions of people who knew from December the “truth” of Covid and the lab origin.

Dr. Steven Quay, the self-promoting cancer specialist the House GOPs relied on in their “intelligence report” to make the “probability” case for the Wuhan lab story, expressly dismisses “proximity to wet market” and the three unconfirmed flu-like cases among WIV lab workers in fall 2019 as “proof” of lab theory probability (I’m not certain the GOPs actually read their own report, because “proximity” and the “three sick lab workers” are cornerstones of their case, even though their own “expert” dismisses both of those “proofs”).

No, it’s gotta be Fauci. Fauci sprung it on the Chinks. That’s the only way to explain the Chinese lack of preparedness and the initial attempts to find the bug’s source in the early months. They, too, were blindsided. By Fauci, who spent six hundred thousand whole dollars on gain of function research (I didn’t even know there was that much money in the world!).

Michael Corleone knew from scene 1 that he’d eventually have Senator Geary proclaiming his innocence and spouting his propaganda. The Chinese have played MAGA beautifully. And while I’m done arguing Covid (I mean that; have fun with your mad scientist adventure story), I do want to explore why MAGA is as easily manipulated as a virus in Dr. Fauci’s Frankenstein lab.

That’ll be next week.