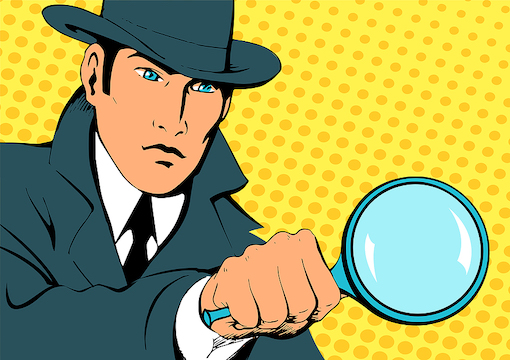 The “Wuhan lab” Covid origin story has never been hotter. A year after I pointed out the numerous holes and falsehoods in the theory, it’s come roaring back to life, and not just among rightists. The core of the lab thesis is that scientists at the Wuhan Institute of Virology (WIV), experimenting with “gain of function” (GoF) viral engineering to “supercharge” bat viruses so that they become preternaturally communicable human-to-human, created a Frankenvirus that somehow leaked from the lab and infected the world. The lab theory stands in contrast to the theory that Covid emerged as SARS and MERS did, organically through an animal source–to–animal intermediary–to–human chain.

As I brought up many times last year, international health experts expected a new zoonotic pandemic after SARS, because China refused to curb its trade in exotic food animals.

In 2020, the lab theory was the stuff of Tucker Carlson, Steve Bannon, and Trump. Today, the theory is given serious consideration in the pages of The Washington Post, New York mag, and the NYT.

What changed? On the left, I can tell you what changed in five letters: T-R-U-M-P. The left will not, cannot let go of Trump. But Trump isn’t doing much anymore (the poor sap can’t even tweet). So leftists need to find new ways to make him relevant, to make him responsible for whatever’s ailing the nation. The current iteration of the lab theory goes something like this: The Obama Administration banned GoF in 2014 (true). The Trump Administration reversed that ban in 2017 (also true). The NIAID, led by Fauci and now free to fund GoF, funneled money to a nonprofit that in turn gave $600,000 to the WIV (true).

As an aside, if $600,000 is all it takes to create a global pandemic, why worry about billionaires like Bill Gates when even a Compton homeowner has the collateral to end the world?

Trumpists say NIAID didn’t report the WIV grant as it should’ve. Anti-Trumpists say that’s irrelevant because under Obama’s ban, the grant wouldn’t have been allowed in the first place.

Lab theory proponents still have only two things that pass for evidence:

(1) Coincidence: The first known Covid cases occurred in a city (a massive city of 11 million people) that also hosts a high-tech virology institute.

(2) It’s scientifically possible: Zoonotic diseases like SARS come from nature, but scientists can engineer a virus to look like something that evolved naturally. The technology does exist.

There, that’s it. And that ain’t evidence. It’s just saying, “It’s a coincidence” and “It’s not impossible.”

Ah, but on May 2 the world was gifted with the Nicolas Wade essay. Wade, a former New York Times science writer and editor, penned a lengthy Medium piece in defense of the lab theory. And that was enough for Tucker Carlson’s voice to reach a pitch of such shrillness, whales along the Eastern Seaboard beached themselves responding to what they thought was a mating call. “Nicholas Wade, for more than fifty years, has been one of the preeminent science writers in the world,” Carlson trebled. “The piece explains where this virus almost certainly came from. Wade lays out a nearly insurmountably large amount of evidence that this virus originated at the Wuhan Institute of Virology in Central China.”

Okay, let’s see if we can “surmount” it.

Wade’s essay is 11,000 words, but it didn’t have to be more than 168. That’s the number of words in the only two paragraphs that mention any evidence for the lab theory beyond what’s been around since last year (“coincidence” and “it’s scientifically possible”). In those two paragraphs, Wade suggests that three workers at the WIV fell ill in fall 2019. If they fell ill with Covid, that would predate the wet-market cluster of 27 cases. But…Wade’s “evidence” for the three-person mini-cluster is a Trump Administration “fact sheet” that states, “The U.S. government has reason to believe that several researchers inside the WIV became sick in autumn 2019” from what might be Covid or “common seasonal illnesses.”

So, an unsourced claim that perhaps three co-workers got the flu.

The other piece of “evidence” is from David Asher of the partisan Hudson Institute. Based on “high end information collected by our intelligence community” (which he doesn’t detail), Asher repeats the fall 2019 WIV three-person cluster claim, admitting that “there is a possibility it was influenza.” However, Asher declares that it’s “hard to believe” that three people in the same office got flu around the same time.

Uh, why is that hard to believe? People in close quarters spreading flu is a common occurrence.

Immediately after expressing his skepticism that three whole people could get flu, Asher completely blows his credibility by stating that Covid is not just a purposely engineered “bio-weapon” but “the greatest weapon in history,” which is just nutty. Covid is more contagious than SARS but far less likely to be fatal when contracted. Asher bases his ridiculous “greatest weapon” claim on the fact that the pandemic has been economically devastating.

Hey, Ash-man, that “devastation” was due not to the disease but rather certain governments’ overreaction to it.

So, that’s it. As Wade himself admits in his acknowledgments, his claims about GoF and Covid come from another man’s April 2020 essay, and the “coincidence” talking point has been around even longer. Wade has exactly one new thing to offer—unsourced, unconfirmed reports that maybe three people at the WIV got sick, maybe from flu, in fall 2019.

But I have not yet begun to “surmount.”

Wade’s thesis is that the Wuhan scientists used GoF technology to engineer a bug that was only (remember that: only) human-to-human transmissible. The Frankensteined bug bypassed animal intermediaries entirely. When the theoretical lab worker was accidentally infected with his creation, he walked out carrying a disease that was only transmittable to humans and not to animals (Wade stresses this point), a bug that had not been present in the animal-to-market chain in Wuhan.

So I wrote Wade an email. I asked him about the most important piece of evidence in the Covid origin investigation: the presence of Covid-positive environmental samples in the wet market (not just in the people who were infected there, but in the animal slop and waste and runoff—the market’s environment):

My understanding is that the first major cluster of cases was centered around the wet market (not the first case, but the first cluster), and that 33 environmental samples taken at the market came back with traces of Covid. How does that jibe with the hypothesis that a lab worker was accidentally infected with a bug that had been engineered to be super-contagious for humans but not (as you pointed out) for animals? If a scientist walked out of that lab infected with something artificially primed for human-to-human transmission, something that bypassed entirely the process of passing through animal intermediaries, how does one explain the wet market cluster and the environmental traces among the animal detritus?

Surely he’d have an answer for that, right? Well…he did.

Thanks for your note. In answer to your questions, I had assumed the wet market cases were all in people and didn’t know about the environmental samples.

Dude didn’t know about the single most vital piece of scientific evidence regarding Covid’s origin. He literally did not know.

This could not, however, have been in animals or that animal would be a leading candidate for the intermediate host. If the samples were just from surfaces etc, it doesn’t mean much, in my estimate. Finding the virus in “animal detritus” is not the same as finding it in a live animal.

That response makes no sense. The environmental samples prove that Covid had been in animals that were sold/slaughtered at the market. The only way you get “animal detritus” is from animals. Do I even have to explain that? Taking environmental samples is how health agencies determine the source of any foodborne outbreak. If you’re testing a slaughterhouse for, say, E. coli following a rash of illnesses from bad beef, it’s understood that the contaminated carcass(es) are already gone. Were the carcasses not already sold and consumed, you wouldn’t have an outbreak among consumers in the first place (that’s so simple only a New York Times writer could fail to grasp it).

So you test the abattoir or processing plant. You test the floors, tables, conveyors, hooks, wastewater, washwater, etc. And if you find positive samples in the environment, you don’t dismiss them because the animal itself is no longer present.

To be clear, testing for something like E. coli is not the same as trying to find a zoonotic intermediary host. But in both cases, environmental samples are key investigative tools. If Wade is correct that an infected worker walked out of the WIV carrying a bug that (a) was never present in the wet-market animal chain in Wuhan and (b) only goes human-to-human and does not infect animals, there’s no explaining the wet-market environmental samples. Wade himself admits this in the final sentence of his response:

I don’t know what interpretation can be put on it.

And there you go. With one email, I surmounted the insurmountable.

Apologies, Tuck. But you just can’t keep an old surmounter from surmounting.

I’m not saying the lab theory can’t be true. But any thesis that ignores anomalous data is unsound, and any researcher unacquainted with that data is either careless or dishonest.

As Ann Coulter pointed out in her excellent column last week, yes, the Western “experts” who initially flocked to the wet-market theory had conflicts of interest they didn’t disclose. They’re hacks and charlatans. But sometimes you can be right for the wrong reasons. The science whores beholden to Chinese cash and favor assumed that the Chinese would go all-in on the wet-market theory, so they jumped on board early to curry favor. But then the CCP surprised everyone by abandoning both the wet-market and the lab theory in favor of “It started outside China.” And now that the CCP refuses to entertain anything other than a “not from China” origin story, there’s little hope of cooperation regardless of which Chinese origin theory one may favor.

The CCP are dicks. But that doesn’t mean we have to be idiots.

End of Part I. Next week in Part II: Apparently, yes—we have to be idiots.